The legislation included in Agriculture Improvement Act (better known as the Farm Bill) has sweeping impacts on millions of Americans from beginning farmers to low-income families who need nutrition assistance. Learn More About The Farm Bill

It’s one of the most important pieces of agricultural legislation and has served as the main tool for passing bills related to farming and food policies since it was first introduced in 1933 — but the Farm Bill didn’t include a single piece of legislation related to food waste until 2018.

“Before the last Farm Bill, we realized that there was not a single dollar in the nearly $500 billion [legislative package] that was going towards reducing food waste,” says Emily Broad Leib, director of Harvard Law School Food Law and Policy Clinic.

The legislation is reauthorized every five years. As members of Congress in the House and Senate agriculture committees begin negotiations in advance of drafting the 2023 Farm Bill, food waste advocates believe that government policies can help meet federal goals to achieve a 50 percent reduction in food waste by 2030.

The United States is in the midst of a food waste epidemic. Nationwide, 108 billion pounds of food — the equivalent of 130 billion meals — are wasted every year. It means that all of the land, water, pesticides and other resources used for production, transportation, preparation and handling food are also wasted. Food waste also contributes to the climate crisis.

In the landfill, food waste generates methane, a potent greenhouse gas, generating 4.4 gigatons of carbon dioxide emissions. Reducing food waste is essential for conserving resources and addressing climate change — and that fact has created interest in the topic. 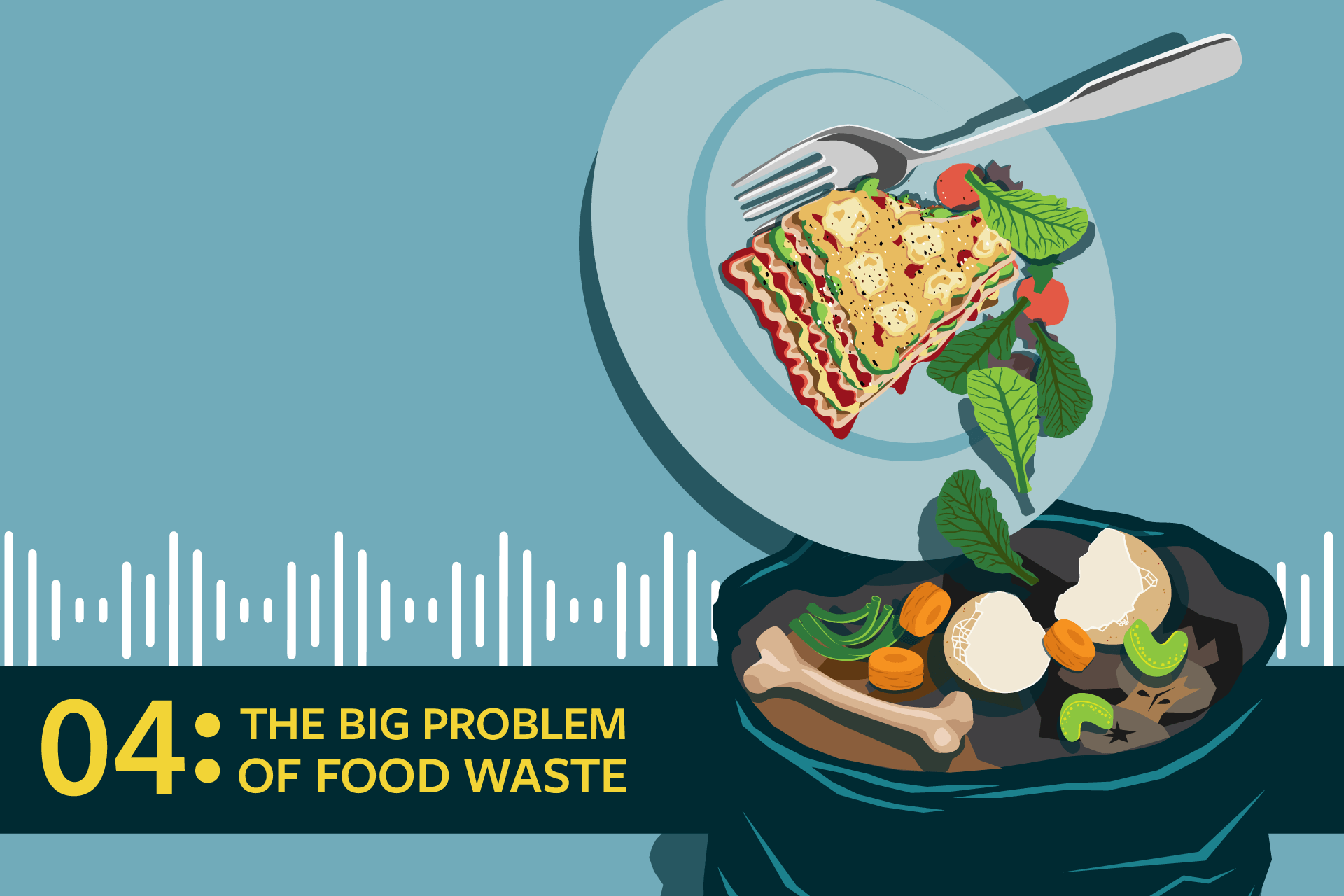 “The legislation included in the Farm Bill is no longer just the provenance of the ag committee,” says Congresswoman Chellie Pingree, a Democratic representative from Maine who sits on the House Appropriations Subcommittee on Agriculture. “We’re seeing interest from members [of Congress and the Senate] who’ve never been on the ag committee but are concerned about climate change.”

Legislation provides one opportunity to reduce food waste and minimize the impact of climate change.

ReFED calculations show that implementing these solutions could recover the equivalent of four billion meals for food insecure Americans. In addition, passing the bills recommended in the report also has the potential to generate $73 billion in annual net financial benefit and have significant positive environmental benefits, including annual savings of four trillion gallons of water and 75 million tons of greenhouse gas.

Building on Past Success

The 2018 Farm Bill also authorized funding for the community compost and food waste reduction grant program, which Leib hopes will be re-authorized in the upcoming bill.

“I anticipate that will remain [in the 2023 Farm Bill] and maybe even grow and we’re building on that in a pretty big way in our report,” she says.

Adding food waste legislation to the current Farm Bill was a step in the right direction, according to Pingree.

“Our awareness of the issues surrounding food waste is growing,” she says. “There are huge opportunities now [to pass legislation] because we have a much broader understanding.”

There are myriad reasons it’s imperative to tackle food waste from addressing a national hunger crisis that affects 38 million Americans to conserving resources and meeting climate change goals. Pingree believes the multi-faceted impacts of food waste have led to broad support from both sides of the aisle, increasing the odds that the 2023 Farm Bill will include legislation to address some of the 54.2 million tons of annual food waste.

“This is not a partisan issue on any level,” Pingree says.

As planning for the 2023 Farm Bill commences, several organizations, including the National Association of State Departments of Agriculture, Regenerative America, American Soybean Association and American Agri-Women have also released their funding priorities in recent weeks. None of their recommendations focused on food waste reduction — but that doesn’t mean it won’t be included in the omnibus bill.

Legislative solutions like launching a national food waste awareness campaign, providing grants to develop organic waste processing infrastructure and implementing certifications for businesses that demonstrate food waste reduction that, taken together, could have a major impact on food waste, according to the report.

Dana Gunders, executive director of ReFED, admits that the report is a wish list of sorts and admits that certain legislation might be easier to incorporate into the 2023 Farm Bill than others. Her top choice: Federal regulation that standardizes and clarifies date labels to replace myriad inconsistent date labeling language, since food waste often occurs because of fear about eating expired food, when much of it is still edible. “We’ve been talking about it for over a decade,” she says. “There’s really no major opposition to it. Let’s just do that and move forward on the issue.”

Gunders would also like to see a broader food waste reduction mandate within the US Department of Agriculture and a national food waste awareness campaign that would help individuals and businesses make key shifts, adding, “We will not crack the food waste nut if our culture doesn’t come along.”

Funding for new technologies that reduce spoilage and food waste could also move the needle on food waste reduction.

“We have so many solutions to this problem that we know work well but…aren’t being prioritized by businesses,” Gunders says. “Having some kind of incentive program could help get businesses over the hump to try something new.”

From Idea to Implementation

Adding food waste legislation into the Farm Bill is easier than passing standalone bills, according to Pingree, but she cites issues like inertia, lack of knowledge and a focus on other priorities as potential barriers to getting food waste reduction policies into the 2023 Farm Bill. Upcoming mid-term elections could also have an impact.

“I think, right now, a lot of policy decisions are really linked to thinking about what’s going to be important for that election [and] there’s a little bit of opacity around what will take center stage,” Leib says. “One thing I love about this topic, unlike some of the other things we work on around food, is that it has been fairly bipartisan.”

Pingree is optimistic about having food waste legislation included in the next Farm Bill, adding, “Based on where we are right now, I think we could see good support.”

While the potential for incorporating food waste legislation into the Farm Bill is reason for optimism, Gunders acknowledges that enacting legislation isn’t sufficient to tackle food waste.

“There’s no silver bullet to solving the food waste problem so we need to look at all avenues, including policy avenues, and the Farm Bill is one important part of the larger policy puzzle,” Gunders says. “There are so many opportunities, in policy but also in the rest of our lives, to take action immediately.”