There’s been a lot of chatter lately about regenerative agriculture — a set of five main farming practices meant to build soil health and store carbon as a way to mitigate the effects of climate change. One of its main tenets is that farmers need to increase biodiversity by planting lots of different crops.

Simply put, this is because some crops do well in drought conditions, others can survive deluges; some take nutrients out of the soil, others put them in. Regenerative-minded growers seek out crops that solve various agricultural challenges — that use fewer resources, or extend the growing season, or release vital nutrients for the next round of crops.

But for this kind of system to work as a solution, someone needs to eat the sustainable foods these farmers are growing. As Jack Algiere, farm director at the Stone Barns Center for Food & Agriculture in Tarrytown, NY, puts it: “There has to be consumer interest to drive farmers’ selection.” Why bother growing a crop no one’s interested in eating?

As it happens, there’s a lot of work being done by growers, researchers, and chefs to tie all these issues together. Here are a few ways we can support their efforts by expanding our palates and consuming food other than run-of-the-mill white bread, tomatoes, broccoli, and apples. 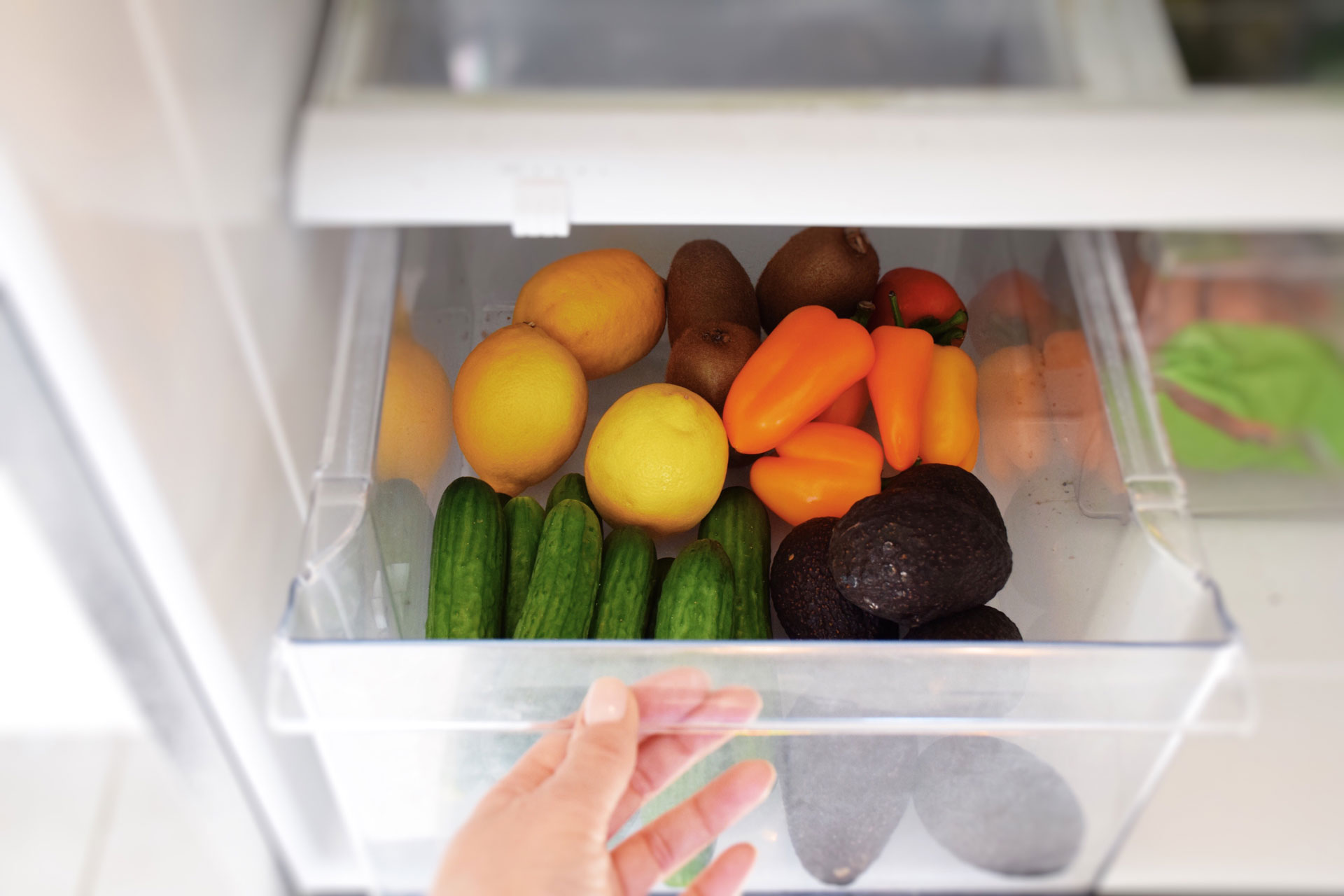 Consider the humble parsnip, the Thanksgiving staple with a strong piney taste that Algiere says some people find off-putting. The flavor is the product of chemical compounds called terpenoids, which give parsnips a superpower: the ability to fend off pests, which is reason alone to include them in a crop rotation.

What the average parsnip consumer might not know, though, is that a heavy pine flavor indicates that this carrot relative was harvested early. If you leave it in the ground until after the first frost, “It’s transformed — pure sugar,” says Algiere. An added bonus: It stores well, extending the window in which a grower can offer fresh produce to customers.

If you want to add parsnips to your own dietary rotation, buy them after temperatures have plummeted, when their sweetness is basically guaranteed.

The parsnip has yet another power. Thanks to its deep taproot, “It can break down into the really deep subsoil and bring minerals up” that can be accessed by the next crop in a rotation, says Algiere. At Stone Barns, that’s usually another super-vegetable, the honeynut squash.

This hardy heirloom is a relative of larger butternut squash; its smaller size means it takes up less space in the field and uses fewer resources. It’s also a tiny nutrition bomb that, when originally tested by Blue Hill at Stone Barns chef Dan Barber, was rich and sweet enough to eat straight-up, without gobs of milk and butter. It’s available in season at markets throughout the Northeast, as well as in Blue Apron meal kit boxes.

Have you been reading enthusiastic reports that kale’s heyday is over? That would be a pity, according to Sarah Ross, Director of the Wormsloe Institute for Environmental History in Savannah, GA. Absolutely any kind of kale, she says (preferably organic), works to mitigate an big problem in agriculture fields: salinity, which is on the rise due to the use of mineral fertilizers. Kale actually removes salt from soil; it’s one of the reasons it was ever grown for human food in the first place, Ross says.

Another common crop that’s particularly well-suited to certain parts of Ross’s region is rice. In areas that are too wet to grow other foods, especially in prime locations adjacent to rivers, rice is a champ. This is especially pertinent as climate change causes an uptick in both storms and their severity in coastal regions. A rice field flooded by a surging adjacent river “is protected from winds, rains, all the effects of a storm, so 100 percent of your food supply is safe,” Ross says. And it has another important benefit: It removes nutrients that accumulate in a storm-ravaged river and keeps them out of the ocean, where Ross says, “we don’t want fertilization.” She recommends heirloom Carolina Gold rice grown by Anson Mills in Columbia, SC.

In the Northeast, grain-growing for human (rather than animal) consumption followed commodity mills to the Midwest several generations back. Reviving it has been the work of scientists, growers, bakers, millers, and brewers for over a decade. Such a system “creates opportunities for farmers to get higher value in local food markets rather than feed markets,” explains Ellen Mallory, associate professor of sustainable agriculture at the University of Maine in Orono. Importantly, it also boosts the number of crops a farmer can rotate to build soil health.

One of these is buckwheat, a pseudo-cereal you might recognize from your grandfather’s bowl of kasha. Or, if you’re a Mainer, you may have grown up eating it in the form of pancakes called ployes.

Farmers there use buckwheat as an early spring planting that sprouts and grows before the weeds have a chance to take hold. But buckwheat also shares a superpower with parsnips in that it “exudes acids that boost phosphorous in the soil that becomes available to the next crop,” says Mallory. “It also feeds bees like crazy”— just what you want next to a field of vegetables that requires pollinator services.

Of course, no one or 10 foods can solve all the problems in our food system. But when new ones — or thoughtfully reconsidered versions of existing ones — are introduced, they can engender a conversation between eaters and growers.

Winter rye, on the other hand, has been used as a cover crop in the Northeast for centuries because of its cold hardiness. It can be planted in the fall, overwinter in the frozen ground, then sprout in the spring to “spread out the workload,” says Mallory. Bakers have lately been clamoring for old European varietals — it’s possible your own local bread-maker has already been using some of them. Maine Grains, a mill in Skowhegan, ME, sells Danko and Hazlet rye flours, the latter of which its president Amber Lambke calls “alive, robust, and aromatic.” It’s also available in New York City, through GrowNYC’s regional grains program — as are whole rye berries.

“In recent years, we have seen bakers… travel to Denmark and Germany to learn more about rye breads and bring that knowledge back,” Lambke says — knowledge she hopes will fuel greater demand for other heirlooms such as Midsummer, which is being grown out as part of a seed restoration project and will hit the market… eventually.

Hemp has been in the news for a lot of reasons lately, most unrelated to its mighty muscle as a rotation crop. But the regenerative-minded rejoice in its six-foot-long taproot that fixes nitrogen, absorbs contaminants, and improves soil quality, all while providing a great rotation for crops like sunflower and corn. Patagonia Provisions, seeking to create a market for exactly this kind of system, offers Savory Seeds snack mixes containing hemp (from Colorado), buckwheat (from Washington), and lentils (from Montana).

Says managing director Birgit Cameron, “Farmers are already thinking about these kinds of [nutrient dense] cover crops in a regenerative system. But if they know the economics for them are there, and we provide a market for them to sell into, they’ll keep growing with these practices that are good for the earth.” 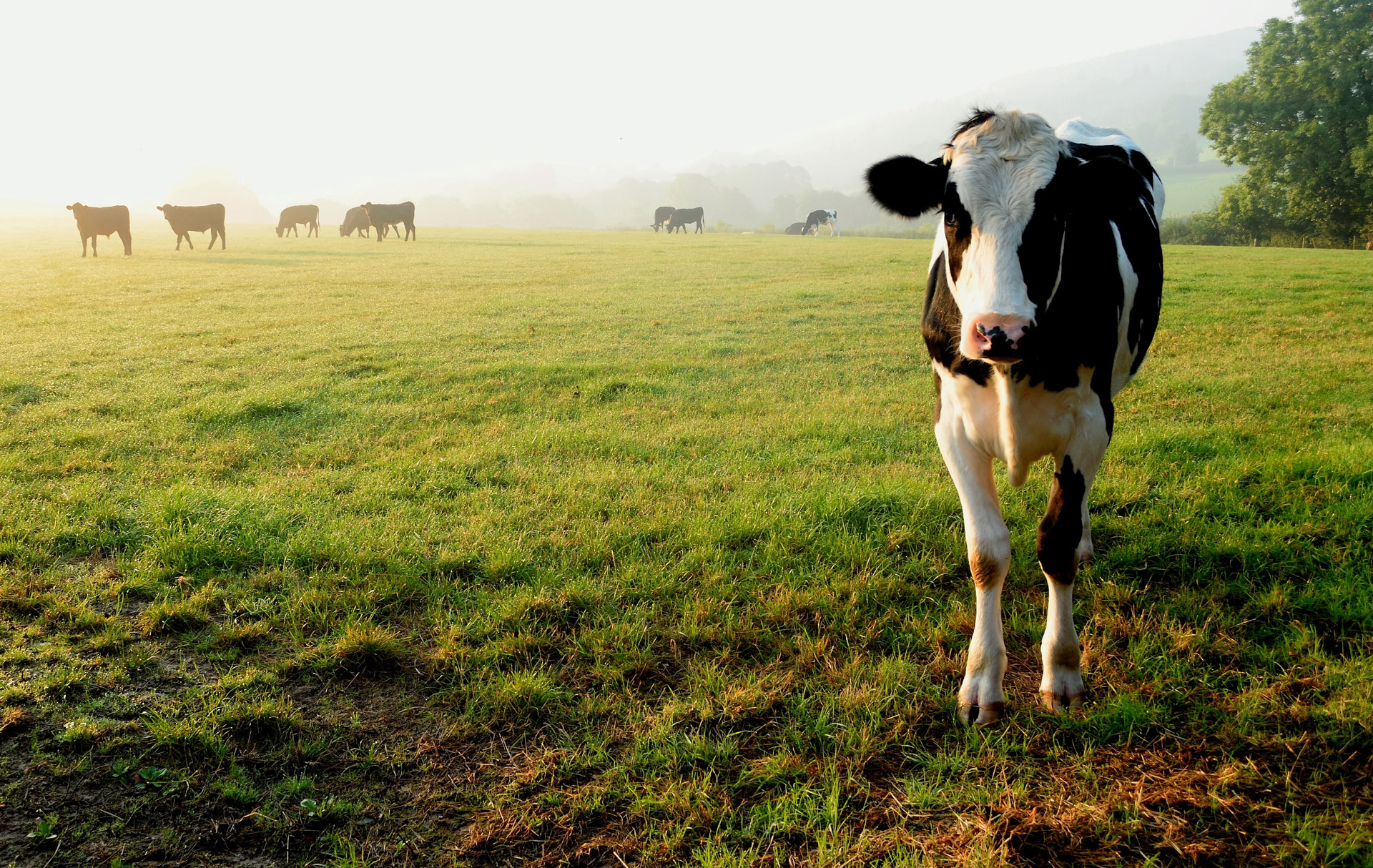 Farmers in Oklahoma and Texas grow a modern variety of sesame as a drought-and-heat tolerant rotation crop for wheat. At Anson Mills, heritage sesame, a.k.a. benne, as it was called by the African slaves who brought it to the U.S. in the 18th century, “supplies excellent organic matter, supports beneficial nematode activity, and suppresses negative nematode activity for future rotations,” says founder Glenn Roberts. It also retains its rich, strong flavor, which has been largely bred out of commercial sesame. Bonus: In addition to rice, the company also grows and sells heritage Abruzzesi rye flour, as well as a Japanese heirloom variety of buckwheat.

In the middle of the country, The Land Institute in Salina, KS, has been working on perennializing certain grains — that is, developing varieties that don’t have to be planted year after year, so carbon-containing soil remains undisturbed. Kernza, a relative of wheat with a huge seed head and a super-long taproot, is a food that much hope has been pinned on. It’s starting to show up in the marketplace, such as in Patagonia Provisions’ Long Root Pale Ale and Wit, available in some stores on the West Coast and also online — but also look for it some Cascadian Farm products later this year.

Animals in the Loop

The managed grazing of livestock is yet another practice essential to regenerative farming. That’s because ruminants provide ecosystem services on a farm by grazing grasses that aren’t fit for human consumption, on land unsuited to row crops, building soil health with their manure in the process. But where many sheep farmers, for example, select breeds based on whether they’re good for producing wool for sweaters, or lamb to fill bellies, some raise breeds for both purposes.

Dual-use sheep breeds like Icelandics, Shetlands, and Blue-face Leicesters are popular among small farmers in the Northeast because of their high-quality fleeces and the flavorful-ness of their meat — not at all “muttony,” according to Tamara White, owner of Wing & A Prayer Farm in Shaftsbury, VT (who markets fiber only). But dual-use sheep farmers can “help heal the earth with the contributions of small ruminants [that] turn carbon into wool, pull CO2 out of the air and return it to the earth by careful grazing” — all while providing sustainable wool for us to wear and “meat that can nourish us,” she says.

A seller at a farmers market who’s carrying both wool and meat at her stand is probably raising a dual-use breed — just ask. You can also do your own research by contacting local livestock organizations, like the Vermont Sheep & Goat Association, to see who’s raising what and where you can purchase it.

Of course, no one or 10 foods can solve all the problems in our food system. But when new ones — or thoughtfully reconsidered versions of existing ones — are introduced, they can engender a conversation between eaters and growers, says Stone Barns’ Algiere, that “empowers greater food choices in communities” and get us eating a bit more sustainably.

Want to try your hand at baking with rye? These cookbooks will get you started.

“The Rye Baker” by Stanley Ginsburg (the authoritative voice on this topic, who also has a website devoted to it)

“Bread: A Baker’s Book of Techniques and Recipes” by Jeffrey Hamelman

“Bread on the Table” by David Norman