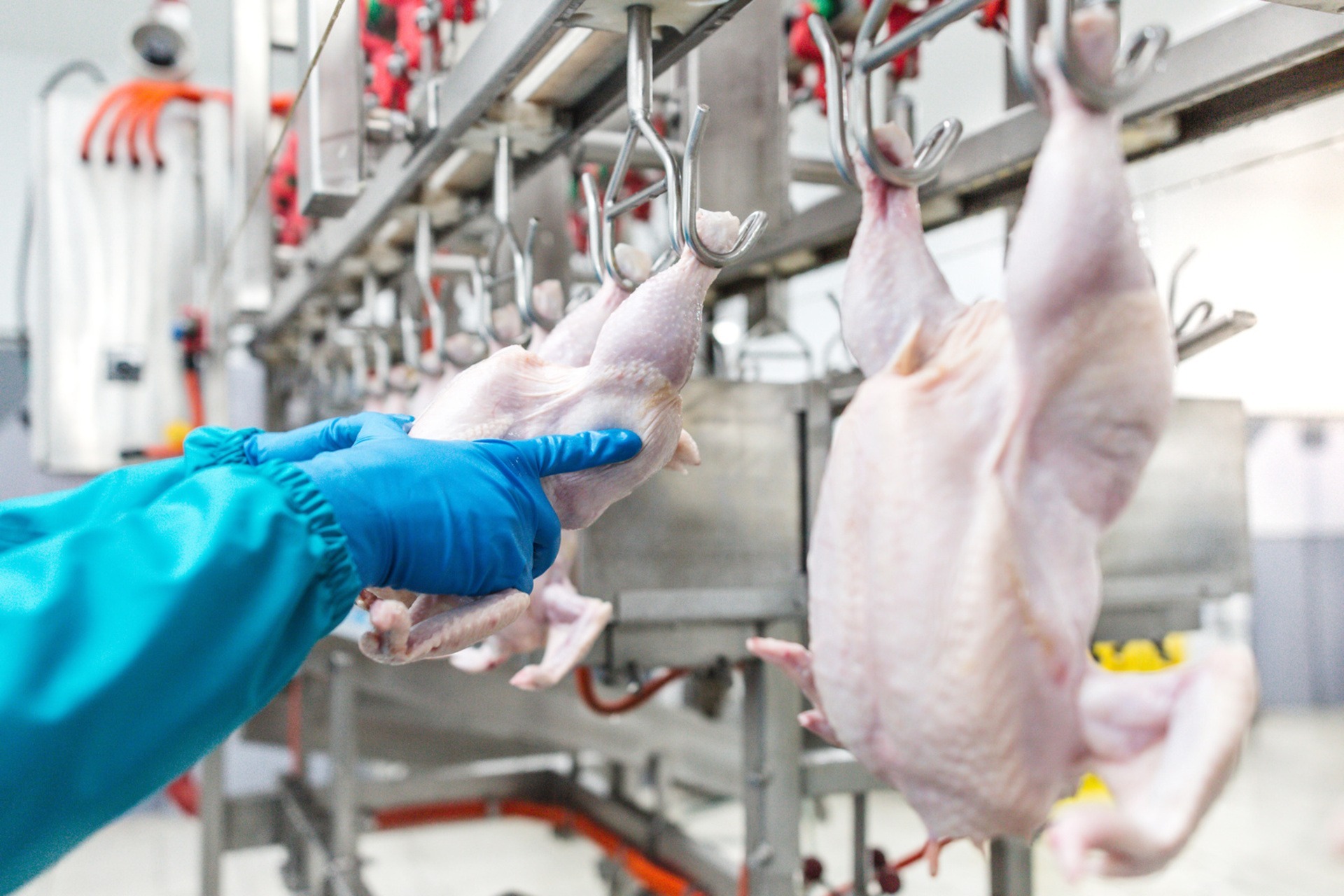 “Perilous Bounty: The Looming Collapse of American Farming and How We Can Prevent It”

Food journalist Tom Philpott used to be a farmer, and he experienced firsthand how hard it is to make a living in agriculture. After watching his North Carolina produce lose out to cheaper food from California, he knows that for many, staying afloat means cutting corners and going big. In his new book “Perilous Bounty,” Philpott traces how agrochemical companies and flawed government policy corralled American farmers into an industrial agricultural system and he exposes the environmental and economic destruction it leaves behind.

Rather than drawing examples from across the country, Philpott focuses on the two most important regions to our industrialized agricultural system: the Midwestern Corn Belt and the Central Valley of California. These regions produce most of the country’s fresh produce and grain, respectively, but they are both acutely threatened by the unsustainable practices that enable that productivity. In both cases, Philpott pinpoints how corporations in pursuit of profit have jeopardized the stability of these ecosystems.

The former prairies of the Midwest once boasted the world’s richest soils and sequestered an immense amount of carbon, but today those soils have been depleted by decades of intensive corn and soy production. Now, what little organic carbon remains washes out of fields during increasingly common severe weather, accompanied by fertilizer, manure, and pesticide residues. Philpott explains how this was not always the case: in the past, farmers used diverse crop rotations and integrated livestock to build soil fertility. But consolidated food and chemical companies — who needed cheap livestock feed and had an increasingly potent arsenal of pesticides to sell — encouraged farmers to break out of sustainable, integrated systems and take a more a la carte approach. Through market control and influence on policy, these corporations have reduced farms to little more than points in a supply chain that provides cheap meat to the world, leaving broken ecosystems and disempowered farm communities in their wake.

The story in California is just as dire: encouraged by an unusually wet 20th century, farmers, food companies, and policymakers settled on the Central Valley as the country’s hub for fresh produce, taking advantage of good weather and cheap water to undercut local farms. Now, with water supplies dwindling in the face of a changing climate, it’s unclear how long California can keep up production. Overuse of these limited water resources has already eliminated vital wetlands and poisoned groundwater throughout the state, but this hasn’t stopped companies from trying to cash in while they can — even now, large investment firms fund ever-expanding nut orchards that require aggressive irrigation.

Philpott’s meticulously researched account leaves little doubt that industrial agriculture can’t continue on its current trajectory. Thankfully, the book also provides some hope: stories of farmers who are adopting regenerative methods that build up soil fertility and increase climate resistance. By examining these innovators, Philpott concludes that these problems aren’t just technical, and that getting farmers to adopt sustainable practices will take both cultural shifts and substantive policy changes.

“Let’s Ask Marion: What You Need to Know about the Politics of Food, Nutrition, and Health”

Marion Nestle gained popularity as a nutrition expert through her 2002 book, “Food Politics”, which explored how food corporations influence our dietary choices and health. Nearly 20 years later, she returns to the topic in her latest book, “Let’s Ask Marion: What You Need to Know about the Politics of Food, Nutrition, and Health.” An easily digestible series of Q&A-format chapters, the book explores questions of what personal nutrition looks like in our complicated food world, and how both flawed policy and corporate interests can make sustainable and healthy eating challenging.

Throughout the book, Nestle identifies a common thread: the overwhelming influence of food companies whose main interest is profit. In her view, this is what makes nutrition science — which rests on several basic, uncontroversial principles — appear so contentious, and makes it so hard for people to keep track of what is healthy: industry-funded studies muddy the waters on basic nutrition science, and industry lobbies work to change government-dispensed nutrition guidelines to include their products. These same companies have also flooded restaurants, grocery stores, and even school lunchrooms with delicious and convenient foods that we simply can’t stop eating, even when we know that processing has loaded them with empty calories.

Attempted solutions to the problems of a corporate-controlled industrial food system have been turned into marketing tools: fad diets blaming fat, sugar, carbohydrates, or other groups of ingredients, while originally pitched as solutions to the ultra-processed food environment around us, have turned into burgeoning markets for supplements and snacks, for example. Nestle also applies this skepticism to some emerging trends in sustainable eating, calling out the rise of plant-based meats as a prime example of “twenty-first-century food capitalism in action,” selling yet another product rather than attempting to reform a broken meat industry itself.

Nestle deftly threads many of the nutritional issues facing the country, like the obesity epidemic, back to policy choices that encouraged farmers to produce as much as possible. Like Philpott, she points out that these same policies have trapped farmers into high chemical use and other environmentally destructive practices. Given her focus on diet and nutrition, however, her solutions focus on broader food policy efforts rather than sustainable agriculture specifically. In her view, bad food policy stems from the USDA’s dual, often-clashing prerogatives: to help farmers and food producers make money, and to set nutritional advice for the country. Instead, she argues that the United States should have a new food policy agency that regulates the food industry to produce safer, healthier, and more sustainable food. Ultimately, Nestle highlights the importance of activism in resisting the power of big food companies, highlighting that many effective programs — like soda taxes — start with the support of concerned citizens who want to improve their communities.

“Bite Back: People Taking on Corporate Food and Winning”

In this collection, editors Saru Jayaraman and Kathryn De Master bring together the voices of academics, activists, workers, and consumers who have worked hard on pushing against industry control of food and agriculture. While it offers the same diagnosis of the industrial food system’s problems as Philpott and Nestle — corporate overreach into agriculture and nutrition — “Bite Back” also offers a series of roadmaps for activists who are looking to change the status quo.

For each issue it explores, Bite Back offers perspectives from both food system experts and from activists who have brought successful challenges against the corporations steering the industry. In the section on seed companies, for example, an expert reviews how agrochemical companies have taken over seed production with GMO offerings, driving higher chemical use, increased farmer dependency, and reduced biodiversity. Then, a representative from the Organic Seed Alliance describes their work to save and distribute seeds that don’t come from big agribusiness, highlighting how a network of organizations helped drive campaigns to stop big agribusiness mergers and legally challenge patents on genetic material. The book’s other examples — organizing against fast food marketing to children, pushing for labor rights on the farm and opposing exploitative trade deals, to name a few — all take the same structure, pairing overviews of the problems with on-the-ground stories of activists.

With their focus on grassroots activism, Jayaraman and De Master are critical of the vote-with-your-fork approach that dominates so much of the conversation around sustainable food systems. While improved personal choices can certainly limit our impact on the environment, phenomena like the rise of “big organic” in dairy show that corporations are eager to hijack movements that criticize them. This, the editors argue, is the core of why the multi-lane approaches highlighted in the book are so effective: food companies are well versed at steering consumer opinion and behavior, so effective resistance must come from multiple places at once.