Robert Fry and Judy Gifford have been grazing their dairy cows on 55 acres of permanent pasture on Maryland’s Eastern Shore since 1998.

With just 70 cows, St. Brigid’s Farm is tiny compared to many of today’s massive dairy operations. As the industry has become more consolidated, thousands of small farms like it have gone out of business. Small dairies on the East Coast and in the Midwest are in a state of crisis: Between 2012 and 2017, New York lost 880 farms; Wisconsin lost 773 in 2019 alone.

Land O’Lakes has remained a steady buyer for St. Brigid’s Farm’s, but another reason the farm has survived has nothing to do with milk: It sells its cows for meat directly to a local butcher shop, Sudlersville Meat Locker. 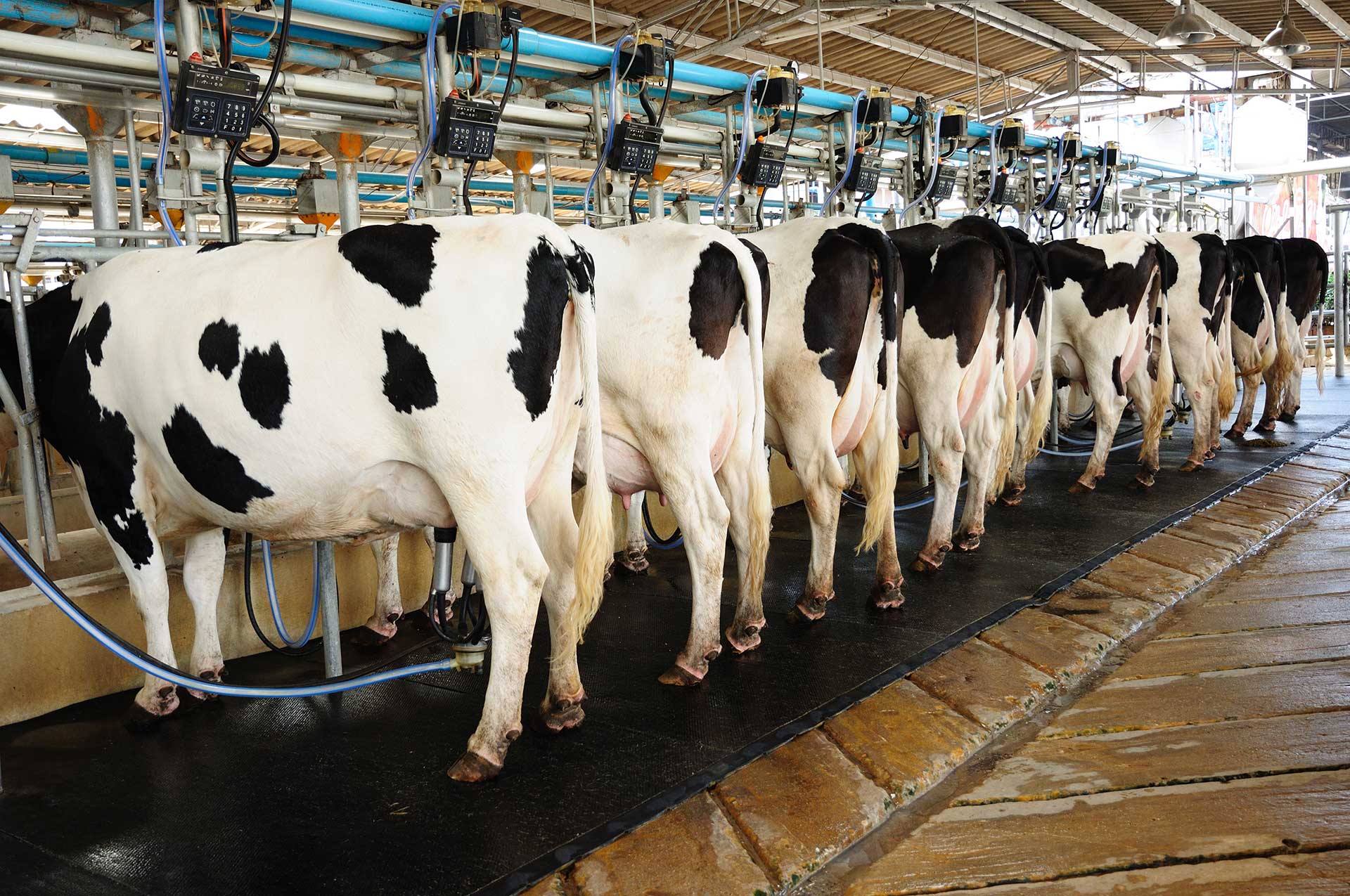 The FoodPrint of Dairy

Most dairy cows, many people are surprised to find out, whether they’re raised in organic, grassfed, or conventional systems, are sold into the commodity market when they’re “retired.” Their meat is primarily turned into low-quality ground beef, the kind you’d find in a cheap frozen or fast food burger. In 2018, for example, 21 percent of the commercial beef supply in the US came from dairy cows.  Farmers have no control over prices offered and often get very little for the animals; their meat is turned into the cheapest ground beef.

Claire Herminjard was shocked to discover how much dairy cows contributed to the overall meat market and that the pasture-raised, organic dairy cows that dotted the landscape in Marin and Sonoma counties where she lived were being sold into the conventional system. “I thought that was a real loss,” she said.

Her company, Mindful Meats, and St. Brigid’s Farm are both examples of how more farmers, food system entrepreneurs, and chefs are looking for new ways to utilize dairy animals for meat — turning retired cows and bull calves into high-end grass-fed steaks and healthier school lunch meat — in an effort to increase on-farm profits.

“It really helps bring more stability and revenue to the farm,” Herminjard said. “Our goal is to make sure these small family farms remain economically viable while maintaining their improved practices.”

One thing that’s driving the conversation around eating dairy cows is a renewed interest in “old beef” in the culinary world.

Inspired by European — especially Spanish — culinary traditions that prize meat from older animals, fine dining chefs in the United States are now presenting the meat from retired dairy cows as a delicacy. Old beef is celebrated at Jose Andres’ Bazaar Meat in Las Vegas, at The Meat Hook in Brooklyn, and at Gwen in Los Angeles. And many dining publications have published stories praising its superior flavor.

But can a foodie trend turn into a boon for farmers?

In 2016, Clifford Pollard started Cream Co. Meats in Oakland, California to “create a platform for small, regenerative, sustainable farmers to be able to access the larger marketplace,” he said. The meat company, which sells wholesale and is about to launch an online retail shop, now works with close to 40 farms.

The concept started with questions about why the meat from pasture-raised organic dairy cows wasn’t valued. “The farmers had these beautiful, irrigated pastures. They had these really healthy animals that were on a great lifestyle regimen…they were out on pasture all day long,” he said. “And then conventional wisdom tells us that at the end…it’s horrible meat. So, we were like, ‘How could this be true?’”

percent of the commercial beef supply in the US comes from dairy cows.

Pollard said the thinking that relegated dairy cow meat to the lowest quality ground beef pool was based on conventional dairy cows, which are generally confined and pushed to their limits on milk production. In other words: rough life, rough meat. Dairy cows raised in less conventional systems are a different story.

“There is a lot more opportunity out there for the farmers that are committing so much to their animal husbandry practices,” he said. “Their animals should not just be devalued at the end of their lives and sold at the commodity auction for bottom-barrel prices.”

Cream Co. began selling “antique beef,” and the business took off. Dairy farms in California are generally much bigger than those further East. Pollard said many of the farms they work with have 1,000 to 2,000 cows, and that a farm of that size can sell around 300 retired cows to Cream Co. in a year. He said that based on an analysis they did several years ago, the prices Cream Co. paid could add a $100,000 annual premium for the farm.

Mindful Meats, based in Petaluma, CA, pays farmers a premium that ranges (based on the carcass size and fat quality) between five and 30 percent compared to commodity prices, Herminjard said.

As a self-described “policy nerd,” she was on a mission to make more healthy, environmentally sustainable meat available and was particularly interested in “resource allocation and uses.” When she discovered that a significant portion of commodity beef comes from dairy cows, her interest was piqued. “It’s so efficient. It makes sense that you’re going to eat a cow after she’s retired. It was just something I never really thought about,” she said. The realization that pastured, organic cows were not being valued any differently than conventional cows set her on her path.

Today, Mindful Meats works with six farms in the region, and it commits to buying all of the farms’ retired cows. Having a varied supply has allowed them to address some of the challenges related to dairy meat. Thinner cows that used up more of their energy-producing milk, for instance, can be converted into ground beef for burgers to be served in Napa Valley Unified schools, while fattier cows that produce coveted “mature meat” steaks can be used to supply Jose Andres’ Bazaar Meat.

“Having our own processing has really allowed us to flourish. We can get in there with our own team and make the grading determinations,” Herminjard explained. 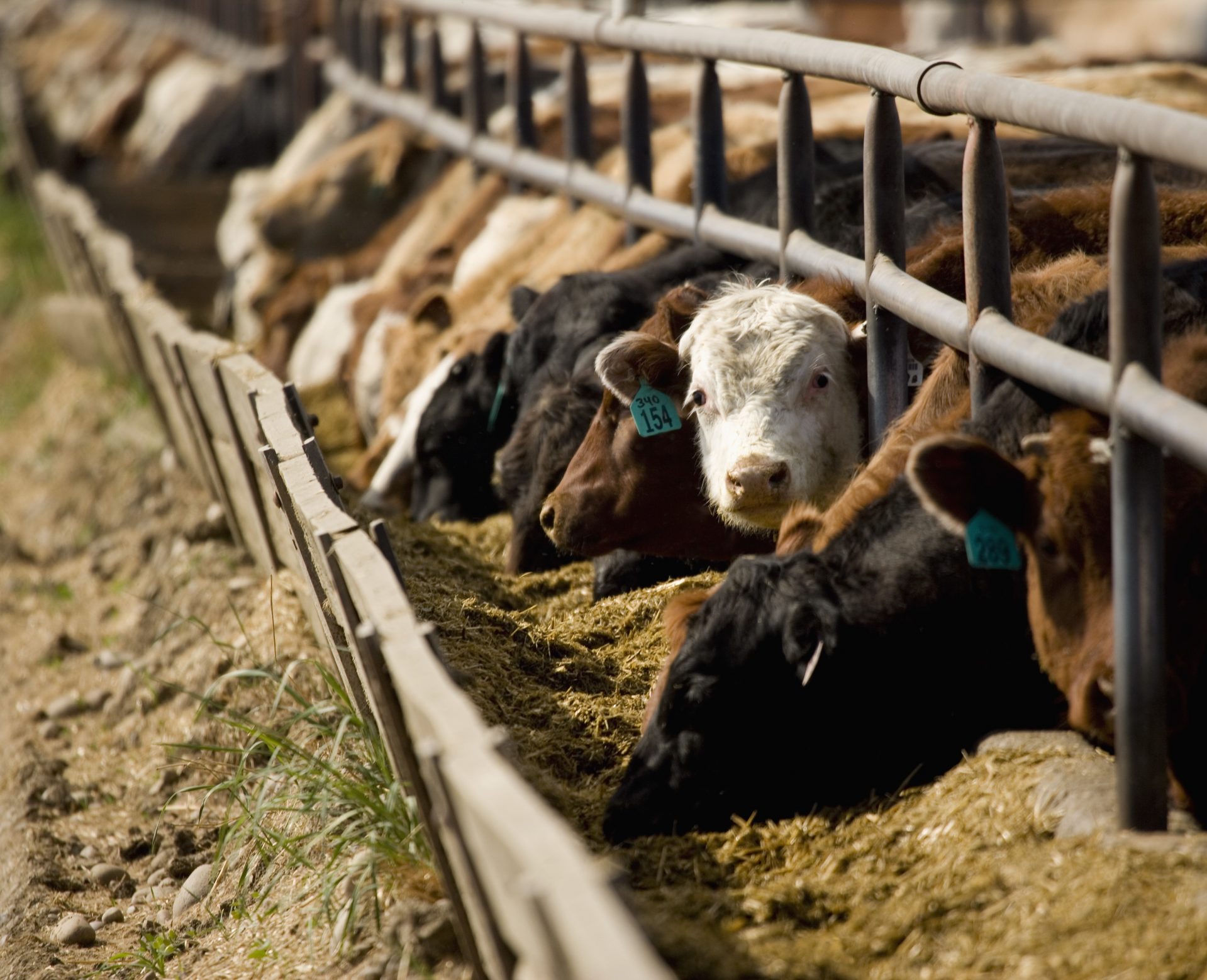 The FoodPrint of Beef

Over time, she’s also watched opinions about eating older dairy cow meat change. “When we first got started…we had people who would just laugh us out. They’d say ‘You’re never going to be able to get a good steak out of a dairy cow,’” she said.

Another variable that affected this perception is that beef cattle and dairy cows are generally different breeds. Breeds like Angus and Hereford are considered better for meat — primarily because they fatten quickly on grain and their meat tends to have the best “marbling,” a characteristic used in grading beef. Breeds like Holstein and Jersey are chosen for superior milk production.

In her research, however, she found Holsteins — one popular dairy breed — often performed better in taste tests compared to popular meat breeds like Angus. She was convinced, then, that people were just used to the latter. “As consumers’ and chefs’ interests are changing, more people have an open mind,” she said.

Challenges at a Smaller Scale

Of course, these companies are currently limited in capacity and are based in one locale. They also work with dairy farms operating at a larger scale.

At Placke Organic Acres in Wisconsin, Kelly Placke grazes 40 cows and sells the milk into Organic Valley’s grass-fed, organic dairy pool. Her herd is small, so while one year she might have five cows to retire, over the past year, she only retired one.

When she does retire a cow, her first choice is to use a mobile slaughtering service to stock the farm’s home freezer with meat. Typically, she asked for hamburgers. “But last year, my husband and I were like, ‘Let’s get some steaks made and see.’ And they’re actually really good,” she said. If the freezer is already stocked, Organic Valley will also buy the cows at a premium over commodity channels. It’s one benefit of being a part of the CROPP Cooperative, which owns both the dairy brand and a sister meat brand, Organic Prairie .

Still, for Placke, while that premium is helpful, based on the number of cows she’s retiring, it won’t add up to a major business booster.

However, Placke is also working on another approach to marketing meat as a dairy farmer.

Dairy cows give birth once a year, and about half of the calves born are generally male, or “bulls.” Female calves can be integrated into the herd to replace retiring cows later on, but males are generally sold fairly quickly into the commodity market.

Placke was selling hers that way, at what is called a “sale barn,” and prices were dropping to the point that it wasn’t worth the trip to sell them. Many bull calves from dairy herds are raised for veal, and consumption of veal in the US has decreased dramatically since the 1980s. And because dairy breeds often don’t fatten as quickly as meat breeds when raised for beef, when the production of beef calves is high, demand for dairy calves often drops. “It was getting to the point where we were getting $10 for a calf, and it even got worse than that,” she said. “I got a check for $2.74. I still have it sitting on the counter. At that point, it’s like, ‘Why not raise them?’”

Placke and her husband decided to keep the calves on farm, essentially starting a separate grassfed beef business that will run alongside the dairy. Of course, that decision was possible for them because they already had extra acres of land they weren’t using. The new system will also require extra labor, but Placke sees it as both an additional source of income and a safety net in case the dairy market collapses further. “At this point, we’re just kind of doing the dual thing and will see how it all works,” she said.

“There is a lot more opportunity out there for the farmers that are committing so much to their animal husbandry practices.”

The biggest challenge Placke will face when the cattle are ready for slaughter is that she’ll have to sell them herself. At St. Brigid’s Farm, Fry and Gifford have been raising 100 percent of their bull calves to sell as grassfed beef (with a small percentage sold as pastured veal) ever since a chef visited the farm decades ago and said “Why don’t you raise these for me?” Fry remembers.

He has been able to build a successful business selling to restaurants, direct-to-consumer buying clubs, and through the local meat locker, but he also knows other farmers who haven’t been able to make it work. “This direct market [approach] does not just happen. It takes a lot of work and relationship building,” he said. It also requires access to slaughter facilities, which is a major issue for small farms that want to sell whole animals to restaurants, as most slaughterhouses cater to large producers. “Many farmers are maxed out…and they don’t have time to dedicate to a whole new enterprise,” he said.

Still, companies like Mindful Meats are making better meat from dairy farms work on a larger scale through aggregation, and even some small farms like Fry’s have figured it out on their own.

“It’s a significant part of our income,” he said, especially when margins are slim. “We have to be really good at what we do. We have to be very efficient and cannot afford to waste a revenue stream that’s available. Otherwise, we’re out of business.”