When Nolan Thevenet started Stryker Farm in 2010, he had to load up broiler chickens and drive three hours from the farm in Saylorsburg, Pennsylvania, to the nearest poultry processing plant. The economics of making a six-hour roundtrip to the processor — and then returning to pick up the processed birds — did not add up so Thevenet only raised broilers for a single season.

Even though the processing plants Thevenet uses for his pigs, cattle, goats and lamb are closer to home, turning pastured animals into retail cuts of meat is still problematic. The increased demand for local meat due to COVID-19 has led to processing bottlenecks and meatpackers are often booked months in advance and lack the capacity Thevenet needs to meet consumer demand.

“We have run into issues getting products to consumers because of processing,” he says. “Even though we do enough volume to have processing appointments every week, we still can’t get as many appointments as we want.”

COVID-19 has made it harder for small farmers to get their products from field to fork. 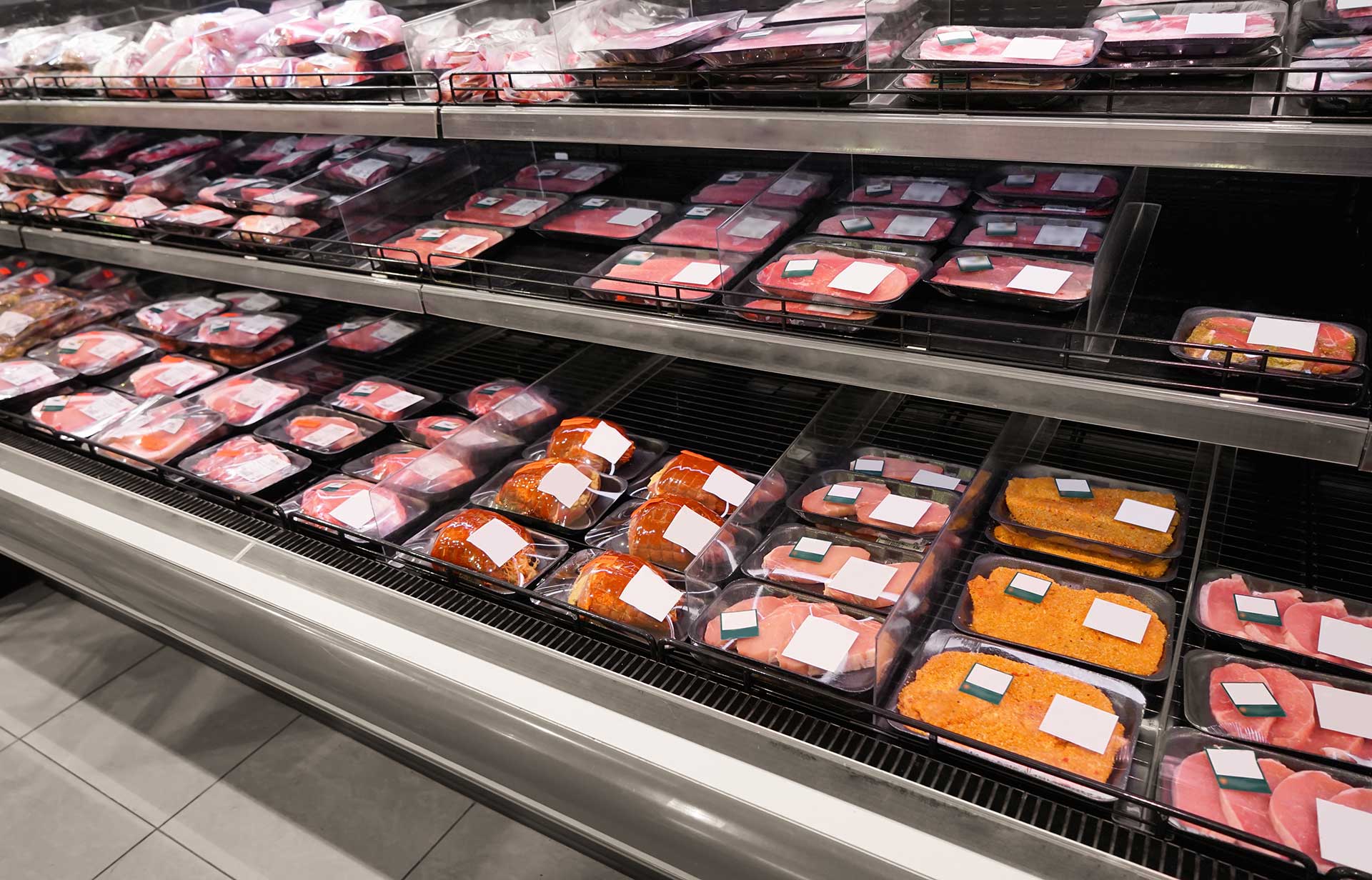 What COVID-19 Plant Closures Reveal about the Pork Industry

This spring, large meatpacking plants nationwide became one of the leading hotspots for COVID-19 infections. Even with the federal government declaring food processing “critical infrastructure” citing the Defense Production Act of 1950, worker illnesses and deaths led to plant shutdowns and slowdowns and industry giants such as Cargill, Smithfield Foods, Tyson and JBS USA that dominate the supply chain sent fewer cuts of pork, beef and chicken to supermarket chains.

Decreased capacity at these major processing facilities led farmers to dispose of millions of animals because it was too costly to continue feeding them until meatpacking plants resumed normal operations.

Customers, faced with bare supermarket shelves, strict purchasing limits on meat and concerns about purchasing meat from processing plants with high rates of COVID-19 infections, turned to local farms to source meat — and farmers struggled to meet the demand.

The slaughterhouses that serve small farms, including Cedar Road Meats in Iron Ridge, Wisconsin and Grantfork Meats in Highland, Illinois, are booked through 2021. The shortage of meat processing facilities is not new, however; it has been a longstanding issue for small farmers.

The number of meatpacking plants has been declining since the 1980s. A USDA report found that consolidation led to fewer, larger, plants in more concentrated geographic areas and current data shows that there are just 837 USDA-inspected plants processing beef and pork, a decrease of 36 percent since 1990.

“Because of COVID and the massive influx of new customers wanting to source their meat from local farms … facilities are booked solidly for months,” explains Erica Frenay, farmer at Shelterbelt Farm and online course manager for the Cornell Small Farms Program.

The lack of capacity at processing facilities has a ripple effect: Farmers spend more to continue to feed animals until slaughter — and the quality of pasture-raised meat sometimes suffers, too.

“From the time a calf is born until slaughter is between 20 and 30 months; I book slaughter date as soon as I get the calf … and all of the information about when an animal is finished with the right amount of fat cover all goes out the window because the butcher date is immutable,” Frenay says. “When I sent cattle this past January, it didn’t matter if they were properly finished … I feel like the meat was good quality but the quality was not the deciding factor nor was economics … it came down to when I could get the animal processed.”

Will Harris had so many problems with the limited capacities at local processors, he realized his farm, White Oak Pastures, in Bluffton, Georgia, was not sustainable with the existing model.

“I started selling [sides of beef] and got into Publix and Whole Foods but my processing fell out from under me,” Harris recalls. “The closest plant shut down; the next closest plant was 100 miles away and couldn’t do enough volume for me to be profitable. I would lose money hauling six head [of cattle] 100 miles and then going back to get the meat; I couldn’t afford to do that.”

Onsite processing allowed Harris to establish his own schedule for processing the cattle, sheep, goats, pigs, chickens and turkeys raised on his 1,000-acre regenerative farm but taking control of the supply chain came with a lot of risk, regulations and hefty price tag: Building two USDA-inspected slaughterhouses cost more than $3 million. A decade later, White Oak Pastures is one of just two farms with USDA-inspected red meat processors onsite and among a handful of farms with an on-farm poultry processing facility; it is the only farm in the country with both.

Cornell Small Farms program director Anu Rangarajan acknowledges that investing in onsite processing would not be feasible for most small farms so farmers have been forced to come up with creative solutions to address the issues.

“There is such a demand — customers want local meat — and we need to find better ways to get it to them.”

Some farms have established co-ops because processors prefer harvesting larger numbers of animals for single entities than one or two animals per farm; others have pooled their resources to build shared processing facilities. Mobile processing facilities offer a potential solution for small farms but the latest data shows there are just nine USDA inspected slaughterhouses on wheels in the entire country.

In 2019, Thevenet turned one of the buildings on Stryker Farm into a butcher shop. He planned to have the animals killed at a local slaughterhouse and processed on-farm. (Processing, he explains, is often the source of the bottleneck because it requires skilled labor and a lot of time). The USDA-inspected butcher shop is still not processing animals because Thevenet cannot find skilled labor to do the work.

Maine Congresswoman (and farmer) Chellie Pingree co-sponsored the Processing Revival and Intrastate Meat Exemption (PRIME) Act, bipartisan legislation that would allow farmers to sell cuts of beef and pork — as opposed to whole animals — processed in state-regulated custom slaughterhouses within state lines. (Under current regulations, only proteins processed in USDA-regulated facilities can be sold by the cut or shipped out of state).

The bipartisan bill was first introduced in 2015 but faced strict opposition from Big Meat lobbyists, including the North American Meat Institute who argued that animals couldn’t be processed safely outside of large, federally-licensed facilities. COVID-19 resurrected the PRIME Act.

“In somewhat of a silver lining, COVID … has increased interest in buying food locally,” Pingree says. “If you can’t find it at the supermarket, you start to give a little more thought [to buying it from a local farm] and it’s given us a chance to focus more attention on this issue.”

While the PRIME Act won’t add new infrastructure, it would provide more options to farmers like Jessica Evans who is running low on popular cuts of meat at Evans Family Farm.

The local USDA-inspected processor will not work with her kunekune pigs (the smaller heritage breed is not well-suited to the mechanized, high-speed assembly lines at most processing facilities) so she is forced to wait five months for an appointment with a local, state-inspected custom processor near her farm in Mount Ulla, North Carolina.

The problem: Under the law, she cannot sell pork chops, sausage, bacon or other cuts of pork from animals processed at custom (non-USDA-inspected) facilities so she’ll have to sell shares — and selling half of a pig is a lot harder than selling bacon or steak by the pound.

“I could sell five more sides of beef — the demand is there — but I can’t get it processed [and] it’s capping my income,” Evans says. “We don’t have a [meat] supply issue, we have a processing issue.”

The PRIME Act is not a silver bullet but it is a step in the right direction, according to Cornell’s Rangarajan. Other changes, including increasing infrastructure and recruiting and training butchers, will take time to implement. In the meantime, farmers like Thevenet remain frustrated but hopeful.

“There needs to be more [meat processing facilities] around and, if we can put all of the pieces together, there is some hope that we could solve the issue but, without more access and more competition, the prices of killing and cutting are going up and it makes local meat more expensive,” he says. “There is such a demand — customers want local meat — and we need to find better ways to get it to them.”