Alexa Arnold is the Deputy Director of Strategy and Partnerships at FoodCorps: a national nonprofit looking at what’s on the school lunch tray and working to ensure kids have access to healthier, more sustainable meals. As we celebrate National School Lunch Week, October 12-16th, we asked Alexa to share why supporting sustainable change in the school lunch program is so important and offer suggestions for changes administrators can make. — FoodPrint Editors

Big food businesses — from packaged food brands to grocery stores to restaurant chains — are presenting more plant-forward options and exploring ways to decrease food and packaging waste. At the same time, our nation’s largest restaurant chain, the National School Lunch Program, is having similar conversations and making big strides. In 2018, school cafeterias served nearly 7.5 billion breakfasts and lunches, with over three-fourths of those meals free or at a reduced price, making school food, an $18 billion industry, a system with great potential to nurture the health of both our children and our planet. If we want to create a more sustainable food system, school meals are a great place to start. Here are a few ways school food is becoming more sustainable: 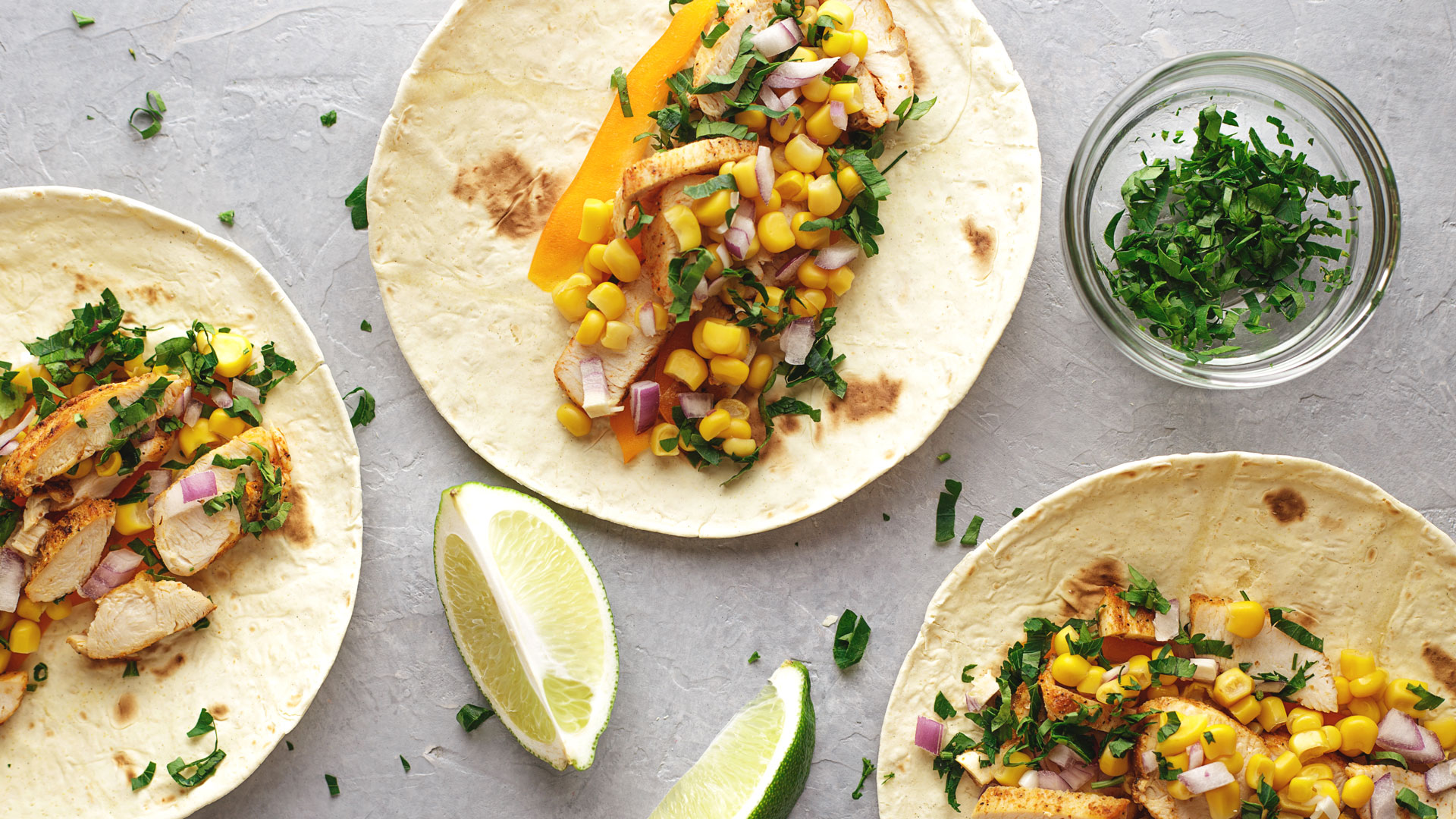 Arguments for eating less meat have long been presented by nutritionists, environmentalists and animal rights activists. When a school district — or better yet, multiple school districts — make a small shift in how much meat they’re serving, there’s a big impact in reducing greenhouse gas emissions and other harmful impacts of industrial food, with the added benefit of better health for students.

Meatless Mondays, a program that provides students with all-vegetarian breakfast and lunch offerings one day a week, has been adopted by over 100 school districts across the country. Los Angeles Unified School District implemented the program in 2013 and New York City Public Schools implemented it in 2019 — reducing meat consumption for one day in these two districts alone amounts to over 1.5 million meat-free meals on any given Monday.

Beyond Meatless Mondays, nonprofits and companies alike are taking up the charge to increase plant-forward recipes, products and practices in schools. Companies like Beyond Meat and Impossible Foods are showing up in the K12 marketplace, signaling that they’re seeing opportunities to make long-term impact by influencing the eating habits of students. Nonprofits, like Forum for the Future, are working across the school food system to increase the number of tasty, healthy and affordable plant-based options available to schools and students. Other organizations, like Friends of the Earth, are leading conversations with school nutrition leaders, policymakers and nonprofits about how to implement cost-effective, healthy, plant-forward menus, how to reduce food waste and ways to increase the number of students eating those plant-forward meals and keeping food waste to a minimum.

In 2013, in pursuit of cost savings and environmental sustainability, six member-districts of the Urban School Food Alliance — collectively serving 2.5 million meals a day — aggregated their purchasing power and asked suppliers to develop compostable plates. The suppliers offered a solution and now those districts keep roughly 225 million polystyrene trays out of landfills each year. One district reported upwards of 24 percent in cost savings. Had these districts purchased the compostable plates on their own they might have faced double the cost for the same product, a barrier that keeps a lot of districts from making the same swap.

Many cities have taken up the work to reduce or ban polystyrene (commonly known as styrofoam), with students leading the charge. In particular, Baltimore Beyond Plastic, a youth-led organization founded in 2016 to support a Maryland expanded polystyrene phase-out, successfully supported the Baltimore Styrofoam ban, which goes into effect in October.

Step into any school cafeteria during lunchtime and you’ll witness a complex paradox: plates filled with nourishing food, and a staggering amount of that food headed straight for the trash bin. While the National School Lunch Program serves 30 million kids every school day, it also wastes about $5 million worth of food every school day. That’s $1.2 billion in losses per school year.

There are several reasons, some not so obvious at first, why so much food goes wasted in the cafeteria. Firstly, students may not eat much of what they take. These may be foods they don’t like or foods they don’t want but that guidelines require them to take so the school can receive federal reimbursement. Additionally, schools often lack the infrastructure, resources and funds to invest in their programs and make food that students like. Investments that would help include onsite kitchens and equipment, culinary training for school nutrition staff and funds for purchasing high-quality ingredients. Thirdly, students don’t always have enough time to eat. The average school lunch period nationwide is 30 minutes, but in many schools, students have less than 20 minutes, only a fraction of which is actually spent on eating. Not offering students enough time almost always results in more nutritious items, like fruits and vegetables, getting left for last and thrown away in haste.

In the face of these challenges, schools and communities are championing creative solutions to combat food waste. In Traverse City, Michigan, students are educating their school community about how much food is wasted during lunch, helping their peers to feel invested in taking action to reduce waste in the cafeteria. In a Connecticut school, over 7.5 tons of food was rescued and then donated through a program that teaches kids the importance of healthy eating and not wasting food. In Oakland, every school in the district has a Food Share table, an innovative strategy to encourage the consumption of nutritious foods and food waste reduction, which the USDA now endorses.

While there are many creative solutions being piloted in schools, the real solutions we need are structural and systemic: allowing kids more time to eat and providing schools with more resources for serving higher-quality ingredients. Implementing universal school meals nationwide, a provision of the 2010 Healthy, Hunger-Free Kids Act, could help with this: with increased participation in the meal program, schools receive more federal dollars, and thus more buying power for the nutritious, delicious food that kids want to eat. Lessons Learned from Garden to Plate

Schools Are Shopping with Their Values

Cities across the country are adopting environmentally responsible guidelines for what they can and cannot purchase. Schools in particular are placing more emphasis on values-based purchasing by signing onto programs like the Center For Good Food Purchasing, which encourages large institutions to make purchases guided by values like health, environmental sustainability, animal welfare and impact on local economies. In cities like Austin, Boston, Chicago and New York City, the Good Food Purchasing Program is working hand-in-hand with school districts, analyzing their purchasing data and creating a roadmap for shifting purchasing towards food and products that are more environmentally friendly and healthier for students.

School districts are piloting scratch cooking initiatives, placing salad bars in their schools and focusing on where the food they serve comes from. States like New York and Michigan are supporting these initiatives by passing state-level policies that create more incentive and buying power for districts to reach their goals.

Schools Are Creating the Next Generation of Sustainability Leaders

Lifelong eating habits start in the cafeteria. Studies show that when students try new foods in the cafeteria and learn where food comes from and how it can nourish their bodies in the classroom, they’re more likely, overall, to try new healthy foods, and like them. But it doesn’t stop there. Those students can also become sustainability leaders, pushing for change at school and using their own voices to advocate for improvements in the cafeteria.

At FoodCorps, where we work with schools and communities on this kind of approach (classroom, garden, cafeteria), the impact is proven: students in FoodCorps schools with more hands-on learning activities — like Harvest of the Month programs and lessons in the classroom — are eating up to three times the amount of fruits and vegetables as students who receive less of that kind of learning.

We have also seen how students can positively influence each other, their families and their communities for positive change. Like the students at the Indian Township School on the Passamaquoddy Indian Reservation, just outside of Princeton, Maine, who developed their own school garden program, where local and traditional fruits and vegetables are grown and then used in the cafeteria to support the school’s transition to more traditional, native diets. They’ve also constructed community plots for families to use in the summer, and students are able to take home produce that would have otherwise been wasted during the school year.

This week is National School Lunch Week, which comes in the middle of Farm to School Month. It’s a perfect time to celebrate the ways that school lunch leaders — young students as well as teachers and school food professionals — are making school meals more sustainable.

Gardeners Share their Tips and Tricks for Composting at Home