While you can find bagged spinach in grocery stores and salad bowls across the US, the cool weather crop is not always in season and doesn’t grow well everywhere. But Malabar spinach, a plant that grows well in high temperatures, can be grown as a spinach substitute in areas where it’s too hot to cultivate regular spinach. Native to India and Indonesia (Malabar is a coastal region in southwestern India), Malabar spinach has similar green leaves and mild flavor as the greens in the spinach family. However, the plant, also called Indian spinach or Ceylon spinach, is not actually a spinach, but a member of the Basellaceae family. It is also sometimes called vine or climbing spinach, as it can be trellised and used in edible landscaping.

What to Look for When Buying Malabar Spinach

You’ll find two varieties, one with green stems and thick leaves, and another with reddish-purple stems. The leaves are thick and semi-succulent; look for glossy, perky leaves. While it’s less commonly cultivated in the US than traditional spinach, you may find it at Asian grocery stores or farmers’ markets.

Find Out When Malabar Spinach is in Season

Malabar spinach grows best in hot, humid climates and in sandy loam soils. As a succulent plant, it needs constant moisture, so the plant’s water demands are higher than other greens. Techniques can be used to reduce evaporation, including shade planting and mulching. The plant is relatively pest-resistant, and sustainable methods like crop rotation, can help address minor pest issues. Malabar spinach is popular among home gardeners because the perennial is relatively easy to grow and is extremely heat tolerant.

Malabar spinach’s extremely high heat tolerance makes it an increasingly popular choice in warm climates. As the Climate Cuisine podcast explores, the tropical plant is experiencing success with rooftop and urban gardeners whose gardens are too hot in the summer for more temperate leafy greens.

Malabar Spinach is available at the height of summer, July to August, in the Southern United States.

Malabar spinach is native to Asia and Africa, and thrives in tropical areas and hot temperatures, growing best in temperatures over 90F. It can grow in cooler climates, but will do so at a much slower pace. It cannot withstand frost, and is grown in the Continental US and Australia as an annual; in hotter climates like Puerto Rico and Hawai’i it grows as a perennial. 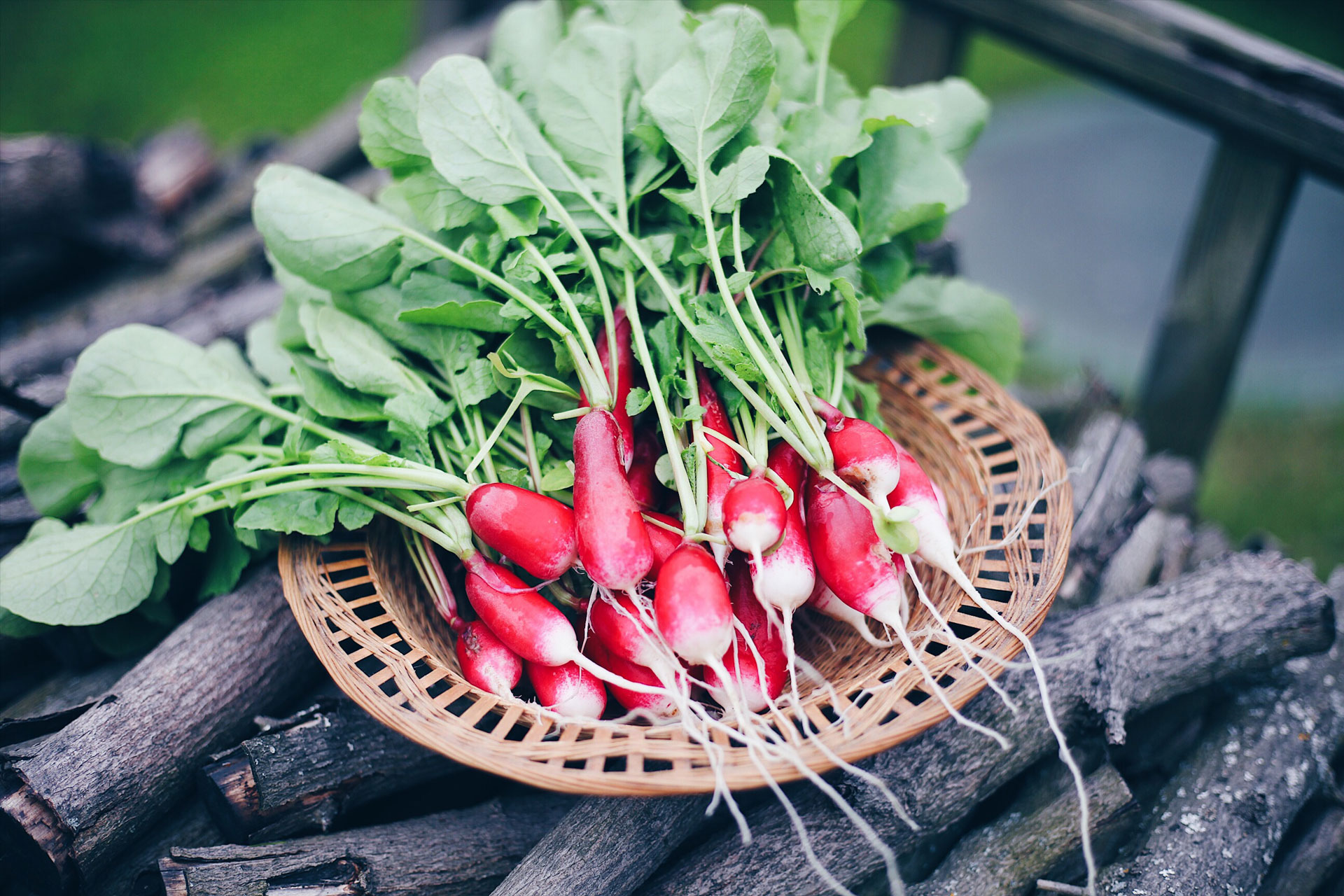 How to Use Radish Greens and Daikon Greens

Malabar spinach will only keep a few days at a time, so if you are home gardening the vegetable, only pick what you need. Store the leaves in the refrigerator crisper in an airtight container for two to five days. To keep longer, trim 1/2-inch from the roots and place in a jar filled with water. Cut leaves as needed.

Both the leaves and shoots of Malabar spinach are edible, and have a mild, slightly peppery flavor. The young leaves can be used similarly to spinach, either raw in salads, or boiled, steamed, stir-fried, or added to soups, stews, tofu dishes and curries.

Because the leaves have a mucilaginous texture (somewhat similar to okra), Malabar spinach is often used as a thickener in soups and stews. It is popular in Asian, Indian and African cuisines, used in Indian curries, fritters, and dal; Malaysian soup; Guyanese sautes; Nigerian stew; and more. The red-stemmed Malabar spinach can lose a lot of its red color when cooked, and is more visually appealing when used in raw preparations.

Malabar spinach will become bitter once the plants start to flower. If you harvest a large amount at the end of the season, you can freeze it for later. Wash the leaves, then boil for one to two minutes. Transfer the leaves to an ice bath to stop cooking. Drain, blot with lint-free towels, and pack in freezer-safe containers. Freeze and use within nine to 14 months. Frozen Malabar spinach is best used for cooked applications like soups, stews and casserole dishes.

You can also dehydrate Malabar spinach. Wash and dry leaves, then place in a single layer on a baking sheet or dehydrating trays. Dehydrate at 125F for three hours; if using an oven, leave the tray in the oven with the pilot light on, overnight. When Malabar spinach is completely dried, process into a powder in a food processor to use in recipes.

Malabar spinach leaves are rich in Vitamins A, B and C, as well as iron and calcium. They are low in calories, high in antioxidants, and a rich source of fiber.