Sage is native to Southern Europe and the Eastern Mediterranean. According to scholars at Georgetown University, the herb was first used medicinally (rather than for culinary purposes) and was an important part of the pharmacopeia of ancient Greece and Rome, used to treat everything from insomnia to venereal disease. Ancient Arab physicians even thought that sage could make one immortal.

Historians at the Cloisters Museum note that Medieval Europeans continued to use sage in their medicinal practices. According to “The Oxford Companion to Food,” by the 16th century, the use of sage had extended considerably from pharmacists’ shelves to kitchens throughout Europe.

What to Look for When Buying Sage

Culinary sage comes in a wide and beautiful array of colors and sizes. Most commonly you’ll find sage with silvery-greenish colored leaves, but you can also find green-and-yellow variegated sage, purple sage and green-and-white variegated sage. Some cultivars produce enormous leaves, up to four to five inches in length, while others produce more petite leaves. Sage leaves have a kind of piney, sweet, intensely fragrant aroma.

When shopping, look for sage leaves that are perky, with no yellowing (unless the yellow variegated variety!), brown/black spots or wilting. Sage leaves should smell fragrant; if they are not, take a pass.

In most places, sage is in season from late spring right through to the very first frost. If you live somewhere with mild winters, sage may survive year-round.

Find Out When Sage Is in Season

Sage can be stored for several days, wrapped in a damp paper towel and placed in the crisper drawer of your refrigerator. Or, cut a bit off of the stem ends of a bunch of sage and place in a shallow cup of water on your counter.

Sage is primarily used as a flavoring for fatty meats, sausages, beans and vegetables. The herb is rarely, if ever, used raw, because its aroma and flavor is best released when cooked (plus the herb is a little bit too pungent to be consumed raw). However, you don’t want to temper its flavor too much, so add fresh sage at the end of cooking.

Sage pairs excellently with pork and other rich meats, like game birds. It’s commonly used to flavor pork sausages; traditional breakfast sausage is flavored with the herb, as are a number of traditional English sausages. In the US and Britain, it is also commonly used as a flavoring for bread stuffing, especially for turkey, chicken and game birds. Sage is also quite common in Italian cuisine, where it is paired with pork, chicken, potatoes and white beans. (Including the delicious classic saltimbocca, a Roman specialty usually made with thinly pounded veal cutlets topped with prosciutto and whole sage leaves, then pan-fried.)

The herb also pairs deliciously with apples and pears in a savory (rather than sweet) setting. And try chopping up a few leaves of sage to add to the next egg dish you make; from scrambled eggs to omelets, it’s a culinary match made in heaven. 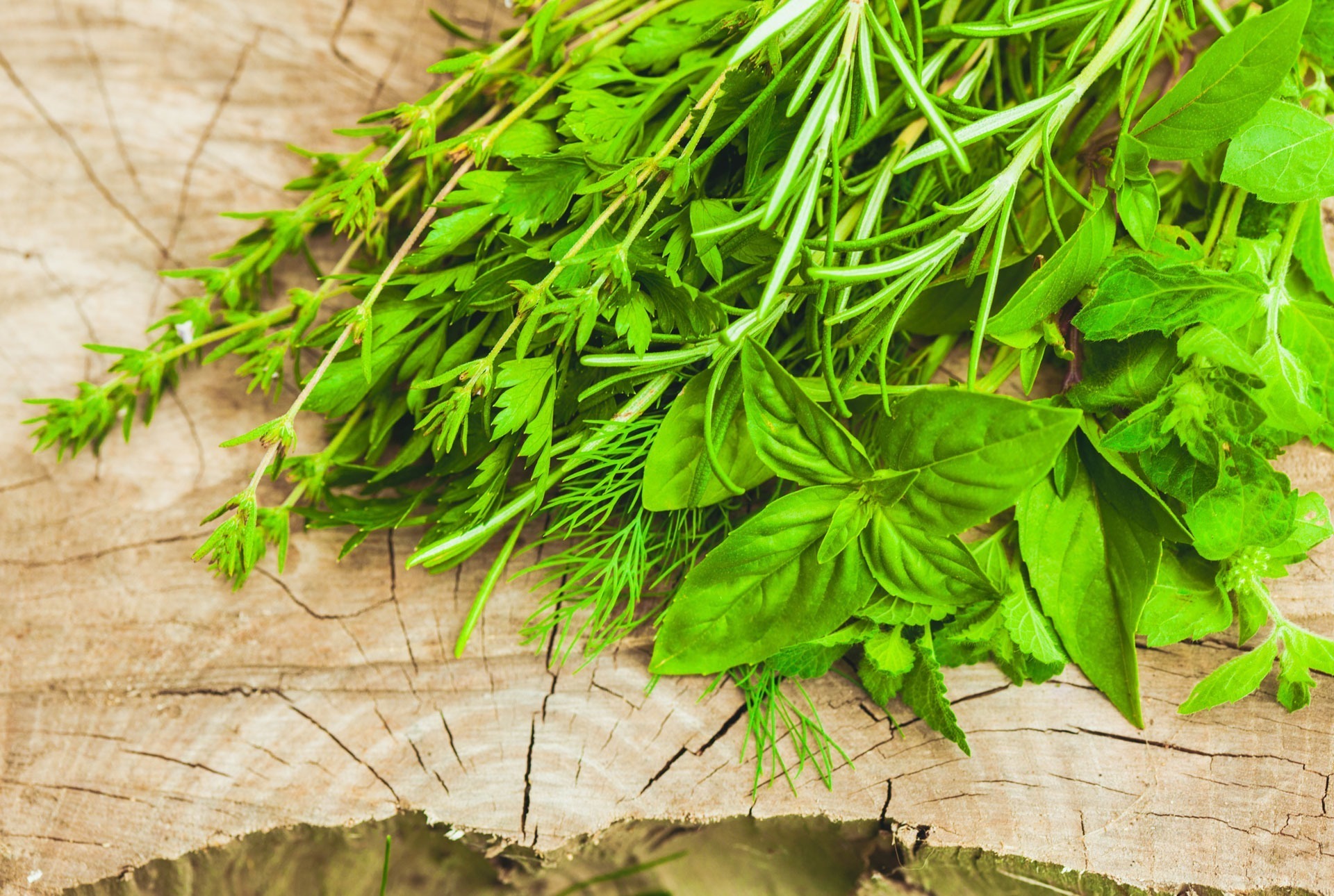 It is super easy to dry your own sage for those winter months when fresh sage is unavailable. Take a loose bunch of sage (too tight and you run the risk of mold forming — you want good air circulation) and hang it upside-down in a dry area of your kitchen. Once the sage has thoroughly dried (this can take up to several weeks depending on the humidity in your area), it can be sealed in a glass jar for up to a year.

You can also make your own “rubbed sage,” which is basically just whole, dried sage leaves that have been crumbled (as opposed to ground sage, which has a much finer texture).

You probably won’t ingest enough sage to reap the rewards of its nutritional value, but just as an FYI, just two teaspoons of fresh sage has a ton of Vitamin K, and also contains a bit of Vitamins B6 and A, along with smidge of calcium and iron. The herb is also loaded with antioxidants and anti-inflammatory substances. Several studies have shown that sage can also boost memory and cognitive function.

Garden sage contains thujone, a neurotoxin that can be very harmful in large doses, but you’d have to consume an exceedingly high amount of sage for a long period of time for any damage to occur. (Incidentally, thujone is also found in wormwood, one of the original ingredients in the alcoholic beverage absinthe. Thujone was originally thought to be the cause of the negative effects of drinking absinthe, leading to the drink’s ban in many countries in the early part of the 20th century. These findings are now up for scientific debate.)