The Black Farmer Fund Looks Ahead to a Sustainable Future

The premise, conjured into existence by farmer/activists Karen Washington and Olivia Watkins, was to build a funding mechanism specifically to support Black farmers and other food system-based business owners, for whom historic racism has limited or cut off access to capital, land and markets. The New York-based non-profit they co-founded, the Black Farmer Fund (BFF), had an auspicious beginning. In its first round of grant-giving, it provided $50,000 to each of eight initial investees; partnered with like-minded organizations, like Soul Fire Farm, the Northeast Farmers of Color Land Trust, and the National Black Food and Justice Alliance to lay the foundation for the community “ecosystem” it envisioned; and began to piece together ways to connect farmers, not just to cash, but selling and educational opportunities, and to each other. 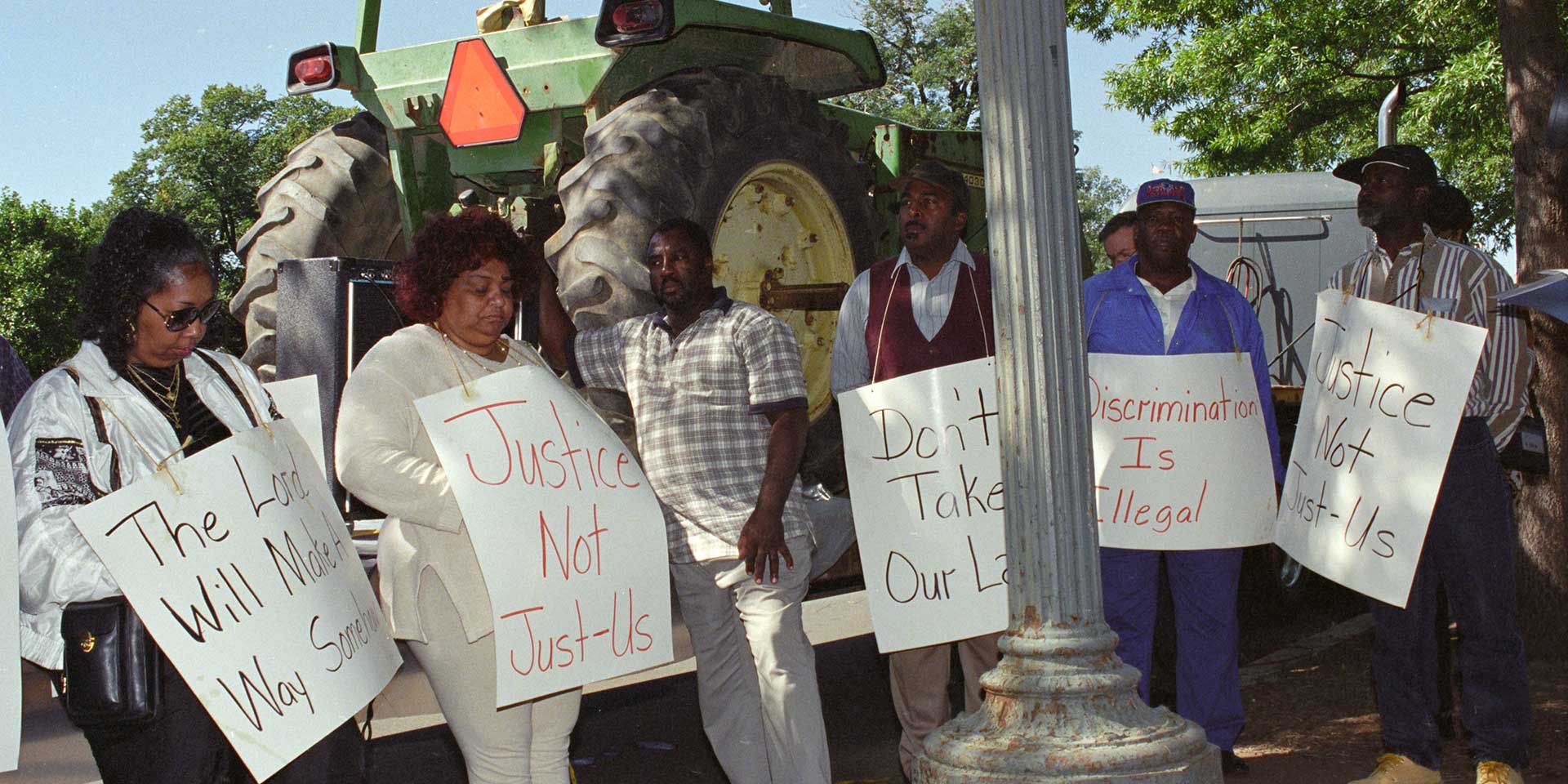 Now seeking both applicants for a second round of grants, as well as continued funding for the future of the program, the organization is contemplating ways to move itself into a sustainable future. Program director Melanie Allen and communications lead Onyx Ramírez spoke to us about how. This interview has been edited for length and clarity.

Why is financial assistance specifically targeted to farmers of color so necessary?

Onyx Ramírez: Many folks, myself included before I got to BFF, are unaware of the legacy of Black farmers in the U.S. and the impact financing has on business owners’ ability to sustain and grow. Although the agriculture industry in New York State is valued at $42 billion, Black farmers are on the decline and have been for a century. BFF sees its part in the solution as providing capital to account for historical discrimination by [United States Department of Agriculture/USDA] and lending overall, which have also perpetuated predatory practices that have greatly impacted Black farmers’ and land stewards’ ability to retain their land and build generational wealth. At their height, in 1910, there were 925,000 Black farmers nationwide. According to USDA data, in 2017, only 35,000 Black farmers were remaining.

BFF has also taken on some non-finance activities. Why?

What are some of the ways you’ve done all that in your first two years?

Melanie Allen: We intentionally center relationship-building and interdependent networks [where] folks can connect and exchange and learn. Our first eight investees became part of a cohort that met monthly throughout the summer and the fall, talking about some of the challenges they’re having. And we had community workdays, where investees who had a project, like a greenhouse build, could invite folks to their land to [help].

There are so many small stories that came out of those interactions. One of our pilot community members, who is a private chef and caterer, procured 500 chickens from the Black Yard Farm for a fundraiser that she was cooking for. She could have bought chickens at Food Town down the street but was intentional in making sure that as much she was able, she procured from Black farmers. [At another event], we had Farmer Delroy at Farm Fresh Caribbean Growers, who specializes in growing callaloo, and Farmer Wil Moss [of Moss’ Fresh Fruit & Vegetables] in Buffalo, who also grows callaloo, talking about different ways to manage pests. Next thing you know, Farmer Delroy is in Farmer Wil’s trunk, heading to the Home Depot to figure out some organic pesticide things that they were experimenting with. Learn More About The Farm Bill

Will you fund the original eight folks again?

Allen: For our next round of investment, the current investees can be considered for additional funding and we will also actively be seeking out values-aligned businesses throughout the Northeast — not New York-specific, since we’re expanding. The decisions for future funding will continue to be in the hands of community, and we are excited to have recently completed the recruitment process for our next investment committee. Since we’re expanding funding to the Northeast, we made an intentional effort to have specific new spots for new folks that are more representative of the Northeast region.

We have some farmers who want to be able to work full-time on their land but right now they’re working full-time at an outside place like Staples and having to farm in the morning because they’re not at a point where the farm is bringing in enough income. We have other folks that are like, I want my products across the Northeast and I want like a loan or a grant that’s gonna get me to this larger stage.

Do you see many opportunities through USDA or in the upcoming farm bill, both of which have fraught histories with Black producers, to fund some of what you’re doing?

Allen: That was really the inspiration behind Olivia and Karen starting BFF: recognizing that USDA is not serving the needs of Black farmers. For both USDA and the Farm Bill, it’s a love-hate relationship. They will continue to exist in the agricultural space and they will continue to have an immense amount of resources. USDA has a [Request for Proposals] right now around land acquisition, and we’re applying collaboratively with a few other organizations for $8 million that can go directly into purchasing land for farmers. It’s groundbreaking that USDA is doing this but it’s also a one-time thing, from what we’re understanding. [And with some of our partners] we have a USDA SARE grant, part of which is focused on building a Black co-op network, and the other part is focused on building out social wellbeing for Black farmers in New York. 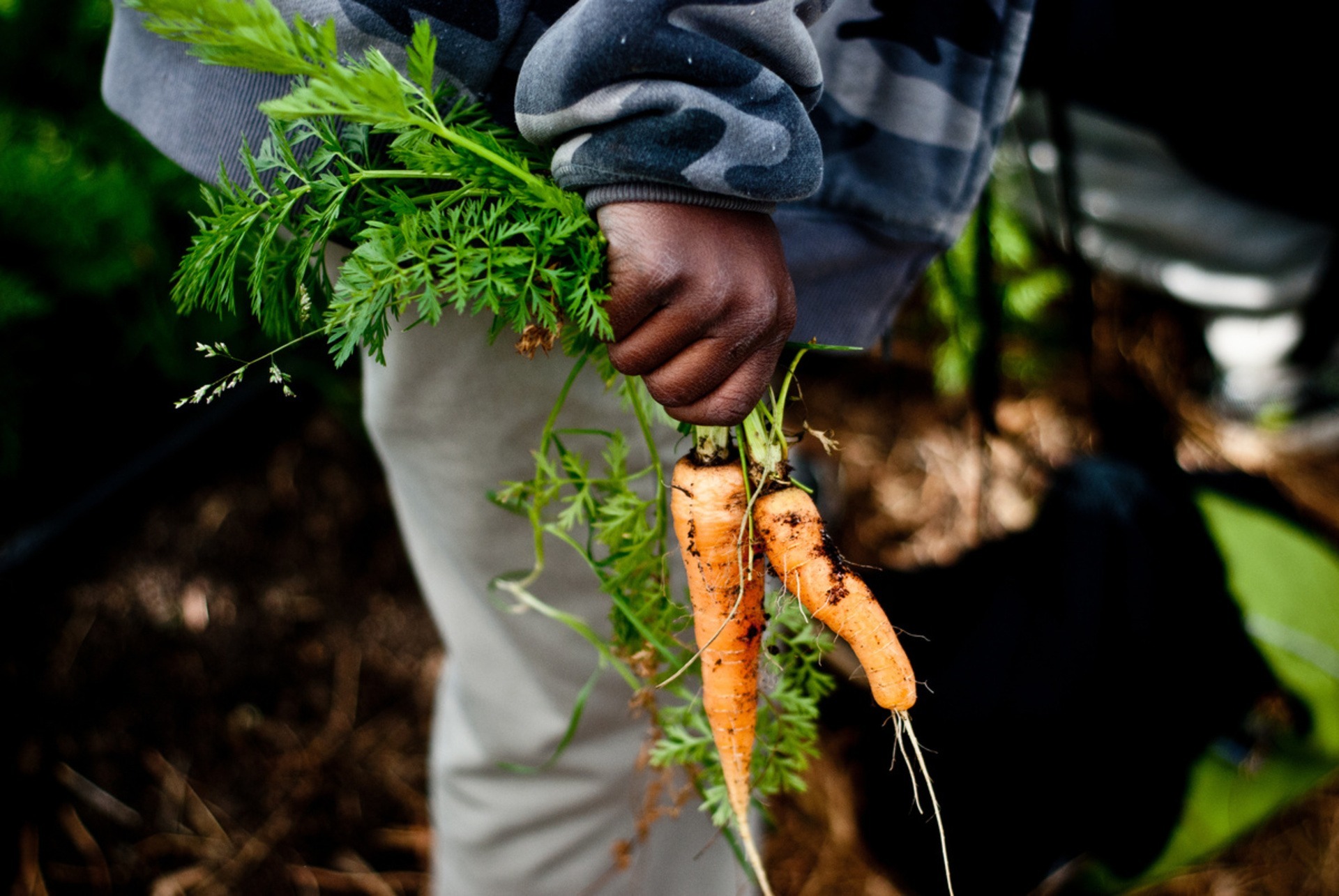 What is Food Justice?

What are next steps for you guys will be as you try to understand how best to move forward?

Allen: We’re building out a curriculum of skill shares that we’re going to be rolling out starting January. We had two different community feedback sessions to dive deeper into what this curriculum could be, what kind of conditions do we have to consider to make sure folks are able to attend: is it virtual, is it in-person, [do we need] child care support? Then also finding out who wants to lead some of these workshops because there’s a lot of knowledge and wisdom already existing in our community.

We have a project collaborating with OpenTEAM, which is a consulting firm that focuses on data tools for agricultural actors. This project is focused on using data tools to capture market distribution routes amongst BIPOC food actors across the Northeast.  [With them] we also hired a farmer from our community to do a mapping project looking at market distribution up and down the Northeast from Hudson Valley to Western Massachusetts. They’re talking to Black farmers about, what markets are you trying to access, what are you currently producing at what quantity, thinking about big-picture food hub aggregation points. One of the challenges that farmers have is that they might want to get their product into Whole Foods, but the quantity that they need to source is not realistic for an individual farmer. If we had three farmers in the area that all grew callaloo and had similar planting practices, they could sell collectively and get a much higher return.

A lot of our farmers are trying to get access to more lucrative markets in the city but their base is upstate and transportation is a huge issue. What would it look like if we had a farmer that was responsible for picking up food from four different farms in the same area and getting that down to lower the transportation costs and the impact on carbon emissions, and also have this collective way of accessing larger, more lucrative markets? How can we loop in farmers in our network to Brooklyn Packers [food distribution cooperative], which has a goal to source from BIPOC farms?

What are some other barriers to success you’re hearing about from your ecosystem?

Allen: Capacity is a big one. A lot of our farmers are not producing as much as they want because they don’t have enough revenue to hire folks. They are depending on family members or contractors that come in for one harvest.

But land is the biggest barrier. When farmers are leasing land, they don’t have a lot of security. But there are extreme challenges even if you do own your land; you’re still dealing with blatant racism. One of the farms we support is in the North Country of New York and on Juneteenth their neighbors put up a confederate flag. Another farmer has a neighbor who has been threatening her for years. There’s a lot of scare tactics going on. We see ourselves as a funding vehicle but we’ve had to hop in and support with civil rights complaints and getting lawyers.

Ramírez: Some farmers have to balance other jobs. That’s a challenge: the need to work another full-time job in order to sustain your life’s work, maybe your heart’s work, which is growing food and feeding the community.