Despite unseasonal winter heat waves in swaths of the South, Midwest and Northeast that might get green thumbs itching to get out and get planting, it’s a mostly fallow time for gardeners and farmers across the US. Cover crops have been sown, winter storage crops have been stashed away, and some idle moments in which to plot out next spring’s planting beds have descended at last.

So have the paper seed catalogs, which often ship in late fall to arrive in mailboxes in late December or early January. Booklets from organic and heirloom seed companies take months or even years to plan and offer pages and pages of bright, alluring images of future bounty. (There are endless options: just a partial list includes nearly 100 companies). Some varietals are old favorites; others are fresh out of breeding trials and ready to dazzle with pest or drought resistance, or appealing new colors and flavor profiles. For farmers, gardeners and homesteaders, seed catalogs “are the unofficial beginning of the [planting] season,” says Catherine Kaczor, sales and marketing manager for Hudson Valley Seed Company in New York. 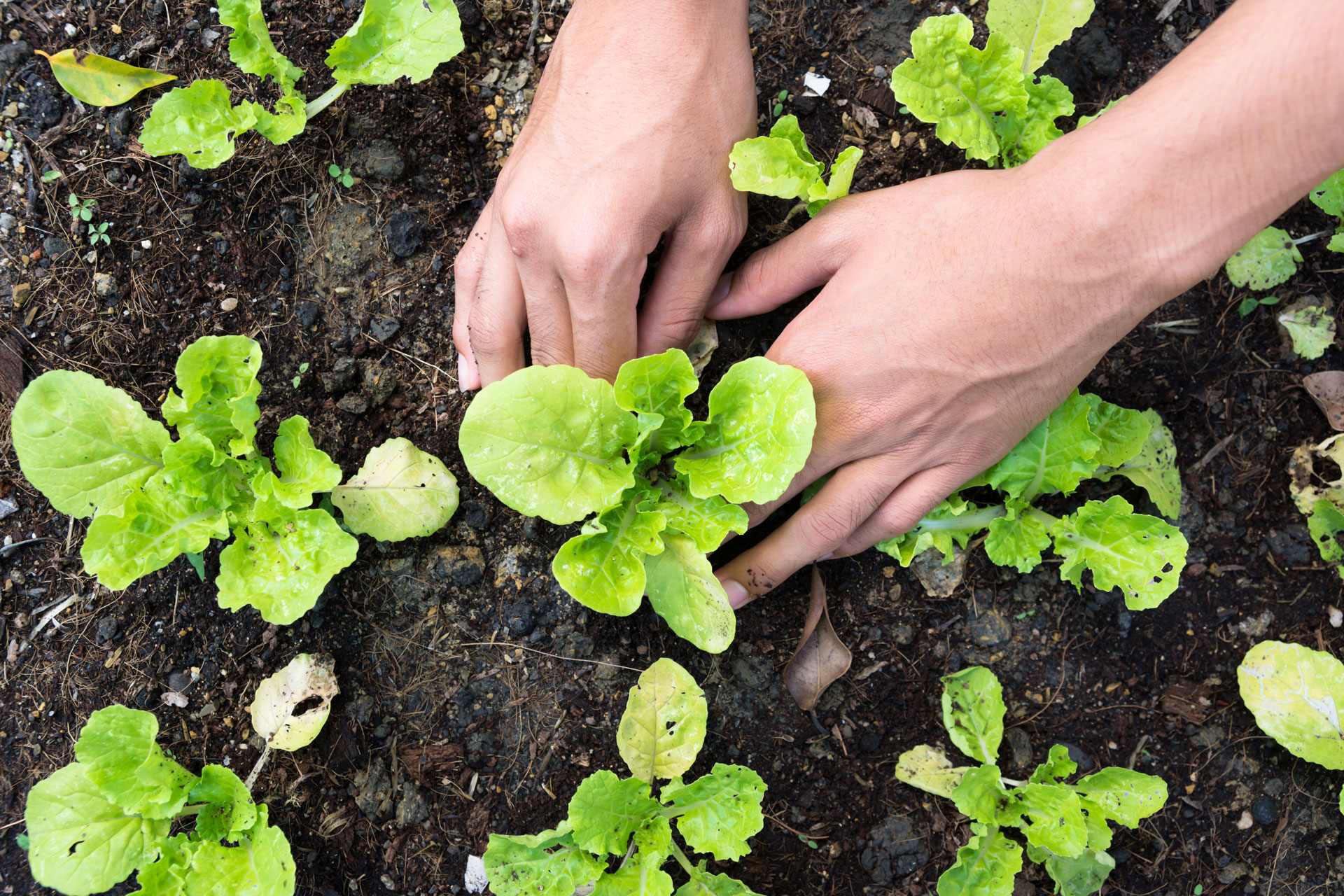 And while online catalogs have been around for decades now, seed companies continue to send out paper seed catalogs to their customers by the tens or hundreds of thousands. But do people still look forward to receiving them? Is anyone actually filling out the stapled-in order form, affixing its accompanying envelope with a stamp, and mailing it in? Or has everyone transitioned completely to online browsing and ordering?

Beth Hoffman runs a grassfed beef operation in South Central Iowa. Her quarter-acre garden supplies a summer’s worth of produce like lettuces, Sun Gold tomatoes, sweet corn, butternut squash, watermelons, herbs and Turkey Craw beans to her household and about 10 of her neighbors. She favors a hybrid ordering approach. “The Johnny’s [Selected Seeds] catalog arrives and that’s a physical reminder in the house that you should do the ordering or at least, start looking,” she says. “The paper catalog looks really hopeful and beautiful. It’s good for flipping through and seeing the whole breadth and depth of what’s available. But then I go online to place my order.”

High Mowing Organic Seeds brand strategist Darby Weaver says this is a common scenario among her company’s 126,000-ish commercial and home-garden customers — all of whom had the year’s new catalog shipped to them in late October. People like to “luxuriate” with paper catalogs, she says. “They’re this steadfast thing that have existed for a long time. They’re beautiful, and you’re cold and it’s winter and you want to see some green stuff.” But more and more sales are happening virtually these days, even though requests for print catalogs continue to rise so, “I don’t foresee them going anywhere, even if the trend is to buy online,” Weaver says. Although she says there are two notable exceptions to this rule: older shoppers, who tend to phone in orders; and farmers from the Amish community in Pennsylvania and elsewhere, who send in hand-inked order forms.

Keegan Clifford grows 13 raised beds worth of vegetables — potatoes, mustard greens, radishes, turnips, various brassicas, kohlrabi, lettuces — in his tiny garden plot in Middletown, Maryland, for himself and five weekly CSA customers. He places his seed orders online, usually with Baker Creek Heirloom Seeds. But he also has an outsize appreciation for print catalogs. “I’m still kind of old school; I like to pick them up, circle and highlight things I find interesting, fold the pages and circle back,” Clifford says. But he also finds himself referring again and again to out-of-date catalogs. “I never recycle them so I have catalogs that are four or five years old. It’s cool to flip through them and see that about 80 percent of the stuff in them doesn’t change. But you also see the evolution of a seed company.” Clifford, a full-time parks department geographic information systems coordinator, is no Luddite, however. In addition to buying virtually, he also relies on technology to organize the seeds he already has on hand. “I keep a spreadsheet on the computer of all the different seeds I have, and each one is color-coded,” he says. This helps him keep track of his inventory, to avoid making redundant purchases. Also, “If I see something interesting, I can check that I’ve never grown that before.” This year Clifford is eyeballing pak choi and tatsoi; summer and winter squashes that are resistant to the vine squash borers that decimated his crops last year; bush beans; and some new varieties of carrots. “I’m just browsing on Friday nights and one night after a couple of beers I’ll probably pull the trigger” on a dozen new varieties, he says.

Still, there are certain disadvantages to ordering online. These were driven home for Hoffman last year, when a combination of new pandemic farmers placing first-time orders and people hoarding seeds for fear of a shortage, actually managed to cause a shortage. “That was part of the experience of using the catalog,” Hoffman says. “You’d look through it and say, ‘This one looks great,’ and then you’d go to order it and it would be gone.”

Hudson Valley’s Kaczor doesn’t expect that to be a problem for 2022. “We’ve been closely monitoring the trends and people are not hoarding seeds this year,” she says. But it was not a seed shortage that influenced the company’s decision to pivot to a much smaller, 12-page catalog — down from some 75 pages — that highlights the company’s mission and the 40 new seeds it’s selling in 2022 including caribe cilantro, green-skinned bitter lemon, and red Malabar spinach. The cause was a paper shortage that Bloomberg estimates resulted in 100 million catalogs not going to print this year. Also a factor: a customer base that’s becoming younger, more urban, and ever more likely to do things virtually. “We tried to compromise by sending out at least something, and I think people will appreciate that gesture,” Kaczor says. “But we’ll see how they react.”

One person not likely to mourn a smaller catalog, or even no catalog at all, is Letisha Cobb. The Atlanta-area single mom started gardening in her minuscule backyard years ago to save money on groceries for her four (now grown) kids; she currently provides collards, strawberries, kale, and most especially tomatoes to friends, families and “anyone else in my community” who wants it. “I do love both [print and online] but when it comes to paper, I can see where the waste is coming in,” she says. “Because afterwards what do you do with it? We can go on the internet and find whatever we want faster.”

Like Clifford, Cobb is a fan of Baker Creek, which offers so many varieties of the tomatoes she says she’s so “obsessed” with that she jots their names down on paper as she scrolls through their website, to help her remember which ones she’s considering. Last year she got so carried away she grew out 25 tomato varieties and “almost made myself sick with them.” Even though she’s got a stash of seeds from swaps and left over from last year’s order, “I still want to do some, but I’m trying to keep myself down to 10.” Her current and possibly still-expanding list of tomato seeds includes Rose, Great White, Green Giant, Brandywine Yellow, Hillbilly, Mortgage Lifter, Pink Oxheart, Brandywine Pink, Black Cherry, Sart Roloise and Giant Crimson. “I’m trying to slim this down,” she says. “Wish me luck.”

Growing Your Own Food

Advice From a Tomato Expert About The Best Heirloom Tomato Varieties

Get Growing with FoodPrint's Gardening Resources

Grow Your Own Food with Tips from A School Garden Teacher