How Restaurants Adapt to Styrofoam and Single-Use Plastic Bans

“Mother’s Cantina is located steps from the Atlantic Ocean and the number one piece of trash we see on the beach is Styrofoam containers,” says James.

Maryland became the first state to enact a ban that prohibits restaurants, cafes, food trucks and supermarkets from packaging foods in foam containers. The ban goes into effect July 1, 2020. Several cities from New York and Seattle to Freeport, Maine, and Encinitas, California, have passed similar legislation; other bans on single-use plastics, including straws, have gone into effect.

Polystyrene foam — often referred to by its trademarked name, Styrofoam — is made from toxic ingredients such as synthetic resins, polyesters and plastics; the World Health Organization classified it as a probable carcinogen. The same container used for carryout takes more than a million years to decompose in the landfill where is shares space with other single-use plastics such as straws, cups and disposable utensils.

“When people hear about plastic trash building up, they want to do something,” says David Tyler PhD, a chemistry professor at the University of Oregon. “These bans are aimed at keeping plastics, which don’t degrade well, out of the environment.” 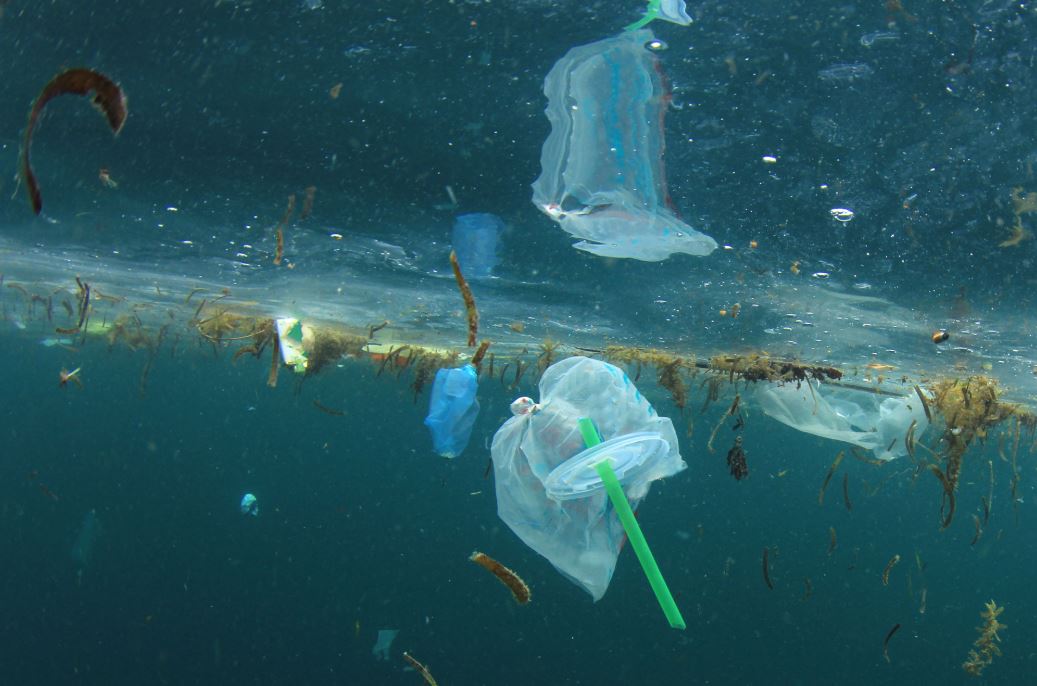 With bans often covering the use of both puffed foam and polystyrene #6 (usually in the form of the oft-seen black plastic container with clear lids), legislation has forced restaurants to find alternative takeout containers. Although a broad range of options exist, products made from materials such as recycled paper, sugarcane and mushrooms are much more expensive than foam containers.

James spends an average of six cents more per container, which translated to an estimated $1,800 between June and December 2018. With razor thin margins in the kitchen, James added a surcharge of six cents to each takeout order to help offset the costs. Despite listing the fee on the menus, the register and the receipts, no one has complained about the additional charge for an alternative takeout container.

“People see the charge and think, ‘It’s six cents but who cares because it’s for the environment,’” James says.

Some cities, including New York, where a citywide Styrofoam ban went into effect on January 1, 2019, allow businesses to apply for hardship exemptions if purchasing alternative products would prove too costly to absorb.

In California, Johan Engman opted for to-go containers made from biodegradable materials and reusable metal straws instead of plastic for customers dining in all nine locations of Breakfast Republic.

Ingman chose the products when he opened the first location in 2015 (and before San Diego, Irvine and Encinitas, the cities where he operates Breakfast Republic locations, enacted bans on Styrofoam and other single-use plastics). The products do cost more and the restaurant absorbs the higher fees as part of the cost of doing business because Engman believes making the switch pays dividends to the environment.

“Takeout business is way, way higher than it used to be, which creates more Styrofoam waste,” he says. “If you were buying a case of [Styrofoam] takeout boxes for $25 and the cost of buying a case of biodegradable takeout boxes is $64, it does add to the bottom line but I think it’s worth every penny…I want to have a conscience and run a restaurant that is at least trying to make a move in the right direction.”

...it does add to the bottom line but I think it's worth every penny…I want to have a conscience and run a restaurant that is at least trying to make a move in the right direction.

Backlash Against the Bans

The legislation has been controversial. The California Restaurant Association released a statement that said, in part, “Though many of these efforts to ban specific products are supported as a means of eradicating litter, banning take-out food containers is not a magic bullet solution, especially when alternative packaging can just as easily become litter. Ill-conceived bans penalize both restaurant owners and customers by raising costs, forcing restaurants to use inferior products and lowering the convenience of take-out food.”

Bioplastics are made from plants such as sugarcane or corn or other non-petroleum sources. Extracting sugar from these plants and converting it to polylactic acid (or PLA) creates an engineered material often used in food containers that are marketed as sustainable alternatives to petroleum-derived plastic.

The carbon footprint might be smaller but there are still environmental issues, including the amount of land and fertilizer required to produce these crops. (A report by Clean Water Action found that manufacturing conventional polystyrene products used less energy and water than paper or cornstarch alternatives, the bioplastics have no benefit to reducing greenhouse gas emissions compared to conventional plastics). While some bioplastics can be composted, many cannot and the report noted that most single-use containers still went to the landfill because separate recycling streams do not exist for the recyclable products and most facilities cannot accept them. This means restaurants might have no choice but to send them to the landfill, according to the report.

Engman contracted with a commercial composter that picks up food waste, including compostable containers, that are disposed of in the restaurant but admits that customers who take the boxes to go are apt to throw them in the trash. Once in the landfill, these compostable boxes don’t get enough oxygen to break down and research shows that it could lead to more methane production — a potent greenhouse gas that contributes to climate change.

“It’s not a black and white issue,” Tyler says. “You have to look at all of the environmental impacts and decide which alternative is best.”

For James, eschewing single-use plastics was a priority. He testified before Maryland state government leaders in support of the ban because he believes, without legislation, too few restaurant owners would make the move away from Styrofoam and other single-use plastics.

“There is a lack of information by the restaurant owners…that there are cost-effective alternative products as well as cost recuperation strategies easily available to them,” he says. [These bills] make sure that we can keep going for another day and they help the earth live longer.

Engman, who admits to being an avid user of services like Uber Eats and Postmates, acknowledges that our reliance on such on-demand services takes a significant toll on the environment. He believes that businesses like his switching to biodegradable or compostable single-use items is not going to solve the problem on its own. Customers, he says, need to be educated about what to do with their takeout items to ensure they don’t end up in the landfill.

“First, we have to get people used to the idea of [caring about single-use plastic waste] and using alternate products [in restaurants] and then step two is taking it to the next level and properly disposing of the items,” Engman says. “My next move is to educate our customers on how to do that but the whole thing has to start with being educated about the issues and bans help with that. We need to make people aware of what products are being used and get them excited about supporting change or the rest won’t matter.”

Dining Out Sustainably Food & The Environment The Industrial Food System