In the US, the amount of waste produced by livestock in concentrated animal feeding operations (CAFOs), also known as factory farms, is tremendous. Livestock manure, unlike human waste, is not treated before it is disposed of. The untreated manure emits airborne chemicals and fumes, and when runoff occurs, dangerous pollutants enter our waterways. The US Environmental Protection Agency (EPA) has the authority to regulate CAFO waste, but has yielded to pressure from the meat industry and largely shifted its regulating responsibility to the states.

The Problem of Animal Waste

In 2012, livestock and poultry on the largest concentrated animal feeding operations (CAFOs) produced 369 million tons of manure: this was almost 13 times more waste than that of the entire US population of 312 million. 1 While human waste is treated in municipal sewer systems and subject to strict regulation, animal waste is stored in open ponds (called lagoons) or pits and is applied untreated as fertilizer to farm fields. The mixture in lagoons consists not only of animal excrement but of bedding waste, antibiotic residues, cleaning solutions and other chemicals, and sometimes dead animals. Most lagoons are lined only with clay and can leak, allowing the waste to seep into groundwater.

The millions of tons of manure produced on the largest concentrated animal feeding operations in 2012.

When such an extraordinary amount of waste is applied to fields, it is generally on a scale and at a rate that far exceeds what the land is capable of absorbing. Not only is untreated waste and chemical residue applied directly to cropland, but the excess runs off and ends up in nearly all streams and rivers. The volume of waste has become so large that some areas where CAFOs are common have had land values skyrocket, in part due to the need for additional land to spread manure. 2 The high content of nitrogen and other nutrients in manure runoff lead to dead zones in downstream waterways, where an overgrowth of algae consumes all the oxygen, which is of course needed to support other life. In 2015, the dead zone in the Gulf of Mexico, created by runoff from manure and other agricultural fertilizer in the Mississippi floodplain, was more than 5,000 square miles: this is the size of Connecticut and Rhode Island combined. 3 Application of animal waste from CAFOs can also be a cause of environmental heavy metal contamination (stemming from metals used in feed), including copper, zinc and lead. 45

Untreated waste at CAFOs also pollutes the air with odors and creates health problems, markedly decreasing the quality of life of workers, people nearby and neighboring communities and property values. Two significant pollutants are potent greenhouse gases methane and nitrous oxide, along with ammonia, hydrogen sulfide and other noisome chemicals. CAFOs release large amounts of particulates; in especially dry regions where manure turns easily into dust, the particulate matter is rapidly dispersed. The US Environmental Protection Agency (EPA) estimates that nearly three quarters of the country’s ammonia pollution comes from livestock facilities, and studies have found high levels of antibiotics and antibiotic-resistant genes in air samples downwind of feedlots. 67 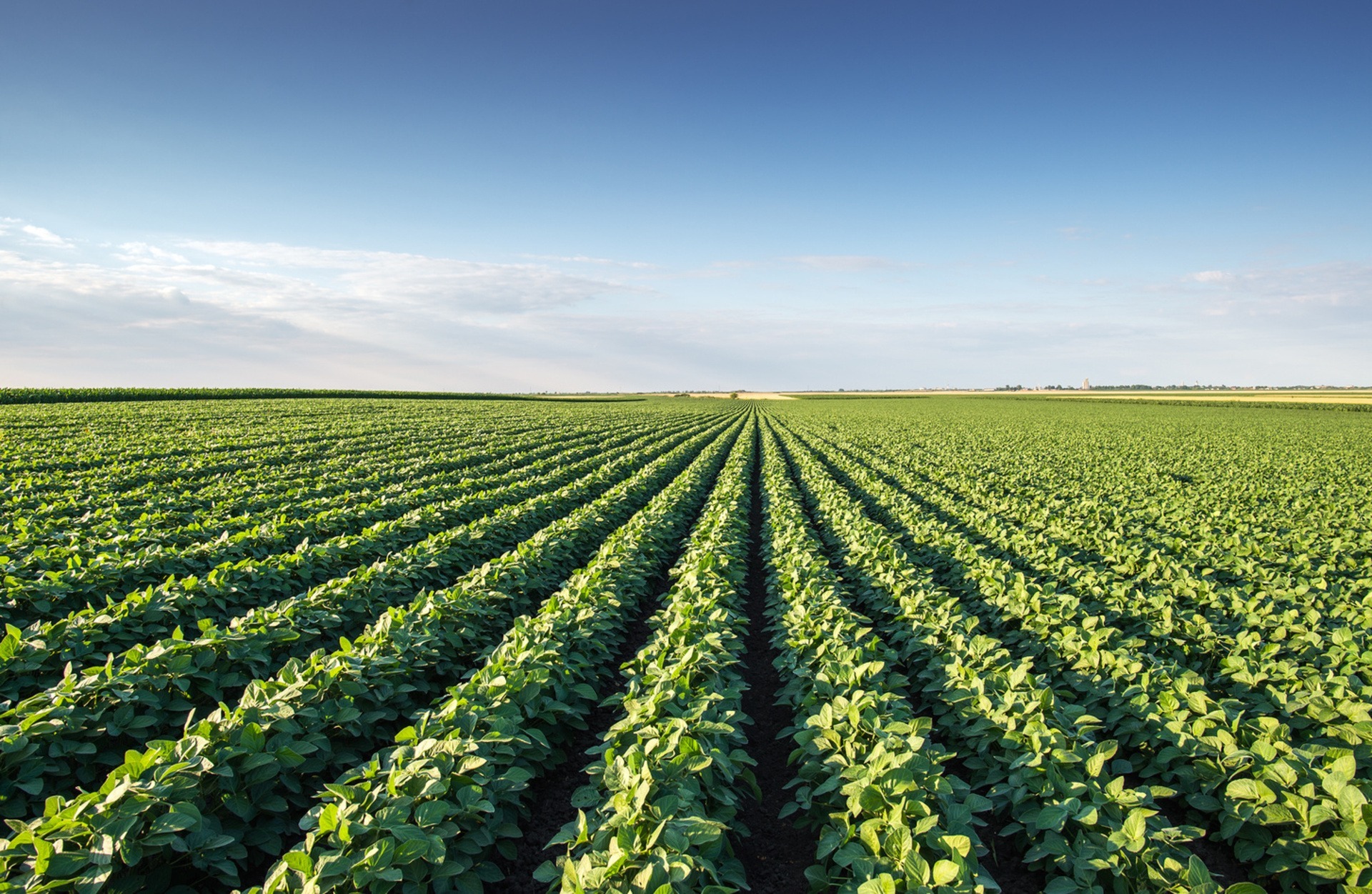 Learn How They're Connected

Under the Clean Water Act (CWA) and Clean Air Act (CAA), the EPA has the authority to regulate pollution from CAFOs. In practice, the process has been slow and complicated, chiefly due to constant pressure from the livestock industry, which fights stronger laws and the implementation of existing regulations at every turn. 8

The original EPA rule addressing CAFO waste under the Clean Water Act was finalized in 2003, and regulated all CAFOs as point source polluters, or identifiable sources of pollution. 9 All CAFOs were required to apply for a National Pollutant Discharge Elimination System (NPDES) permit, under the presumption that CAFOs have a potential to discharge pollutants into waterways. 10 The NPDES permit limits what can be discharged, sets an acceptable level for pollutants (e.g., set the permitted level for bacteria) and specifies monitoring and reporting requirements. 11

However, the original rule has gone through several updates as a result of lawsuits, most recently by the National Pork Producers Council. As of 2012, the rule now states that only large operations that discharge manure directly into waterways are required to obtain a federal NPDES permit. Facilities that plan to manage waste in lagoons and dispose of it by spreading or spraying it on cropland need no permit, despite the reality of leaks, spills and runoff. Pollutant-filled water that runs off during rain or due to over application falls into the category of agricultural storm water, which is regulated as a nonpoint source and does not require a permit. 12

The EPA has the authority to regulate airborne pollutants from CAFOs under the Clean Air Act, as well as under the release-reporting requirements of the Comprehensive Environmental Response, Compensation and Liability Act (Superfund, or CERCLA) and the Emergency Planning and Community Right-to-Know Act (EPCRA). 131415 Despite its authority, the agency has been slow to act.

In order to collect baseline data to make appropriate rules, the EPA conducted a National Air Emissions Monitoring Study in 2005, as part of a voluntary Air Compliance Agreement. 16 Participating CAFOs paid a civil penalty of up to $100,000, and the EPA agreed not to sue participants for past violations of the Clean Air Act, CERCLA or EPCRA. Data from the study was released in 2011, but the EPA continued to point to its ongoing interpretation of the data before it could develop air quality regulations. Despite the ongoing analysis, in 2009, the EPA also released a rule exempting CAFOs from the emissions reporting requirements of CERCLA and EPCRA. 17 In 2017, a judge vacated that rule, meaning that many more livestock operations will be required to report their emissions. 18 However, the EPA still does not set maximum pollutant levels for CAFOs, so it is unclear what the reporting will accomplish.

While federal law gives the EPA the power to regulate CAFO waste, the reality is that most regulation — or lack thereof — happens at the state level. States that adopt federal requirements as a baseline for their own laws are given the authority to grant NPDES permits themselves, meaning that states can set their own discharge limits, acceptable pollutant levels and monitoring requirements, within the federal rules. Nearly all states have this authority. 19

Because the federal standards are so broad, state standards, usually developed and enforced by the state environmental agency, vary widely. Some are considerably stricter than federal rules, requiring more categories of operation to obtain permits, defining CAFOs more broadly, specifying greater setbacks or newer technologies and more. However, whether more stringent state standards are more effective at managing waste can depend greatly on how the overseeing agency enforces the rules and the funding granted it by the state government.

Right to Farm
By 1992, every state had a right to farm law. Though the laws varied widely in specifics, their overall goal was to protect farmers from so-called “nuisance lawsuits” brought by new neighbors. Today, right to farm laws have been weaponized against rural communities.

In some states, family farm and environmental advocates fed up with lenient regulation and enforcement have petitioned the EPA to revoke state NPDES authorization, arguing that the state is not adequately protecting the environment and public health from CAFO pollution. For example, several groups in Iowa filed a de-authorization petition requesting withdrawal of authorization from the Department of Natural Resources (DNR) in 2007. The EPA conducted an investigation of the state’s permit and compliance program and found some issues needing to be addressed. The EPA and Iowa DNR have a work plan agreement for improvement in place through 2019. 20

While the EPA imposes no federal requirements on CAFO air pollution, some states have regulations on odor management or abatement; some also regulate pollutants such as hydrogen sulfide or dust. 212223

It is worth noting that states with the most CAFOs, including Iowa, North Carolina and California, have particularly lax laws, regulation and enforcement on water and air quality, while states trying to attract CAFO development often do so by making these standards more lenient, including by exempting animal feeding operations from pollution rules that govern industries, such as municipal waste management, solid waste disposal and manufacturing.

Lawsuits against large CAFO owners are on the rise. For example, a ruling on April 26, 2018 found that Murphy Brown/Smithfield will have to pay $50 million in damages to the families living near the CAFO who suffered from the odor, flies, buzzards and other issues caused by the hog operation. This was the first of 26 nuisance cases local residents have brought against the company, and while the damages have since been reduced to $225,000 per person (due to a recently passed North Carolina law that caps such penalties paid by agricultural entities), it remains an important precedent and signals that quality of life violation lawsuits might proliferate in the future.

There is growing investment in technological “solutions” to mitigate some of the problems of livestock waste. To address dangerous bacteria, researchers have discovered cattle feed additives, as well as compounds that can be added directly to manure to dramatically decrease E. coli O157:H7. 2425 An industry conference on Mitigating Air Emissions from Animal Feeding Operations identified plastic lagoon coverings, aeration methods and diet modification to address odors and other air emissions.

The most well-known technological solution is the so-called anaerobic manure digester; such digesters are sometimes promoted by environmentalists as a way for CAFOs to become environmentally-friendly. Digesters use a combination of microbes, heat, water and agitation to process waste, producing methane gas that can be used for energy, liquid manure that can be used for fertilizer and solid manure that can be used for composting and cow bedding. The resulting manure products are supposed to be cleaned of phosphorous and other pollutants and, therefore, safer to spread as fertilizer. The US Department of Agriculture (USDA) has committed to spending $10 million on researching digesters, and some states offer significant incentives for construction. But despite the federal and state investment, skepticism about the technology is growing. 2627 A 2016 report by Food and Water Watch details the ways in which digesters do not live up to their promise of cleaning waste and mitigating greenhouse gases – and instead serve as a subsidy to the CAFO industry, further entrenching the confinement model of food production. 2829

The federal Environmental Quality Incentives Program (EQIP) funds farm practices that protect water, soil and air; however, this program is also a funding source for “pollution control” measures at CAFOs, including manure lagoons and digesters. 3031 Environmental and farm advocates argue that this is a perversion of the intent of EQIP and have recommended changes to the criteria so that these projects no longer receive EQIP monies. Some state groups have not waited for these changes — by becoming members of the statewide commission that allocates funds, they have changed the rules to stop or dramatically curtail EQIP funds going to CAFOs. 32

Policymakers, instead of using taxpayer dollars to prop up factory farms, should be implementing and enforcing environmental and public health regulations for them, and supporting sustainable, pasture-based alternatives.