It’s a cryin’ shame that blackberries and raspberries get such prime billing when fresh mulberries are more common — and often free! Unless you’ve been blessed with a bramble of blackberries in your backyard, they are expensive, while mulberries — unlike money — literally grow on trees.

Even if you’ve never popped one in your mouth, we bet mulberries have touched your life in one way or another. Ever walked across a sidewalk that’s turned into a blackish-purple mess of smashed mulberries? Returned to find your car splattered like a violet Jackson Pollack painting (the after effects of a few birds’ mulberry feast)? Perhaps you’ve worn silk? (Yes, silk — read on!) It’s a safe bet that there’s a mulberry tree near you somewhere — go out and eat some before they go to the birds!

What to Look for When Buying Mulberries

Look for firm berries that haven’t been pecked by birds or damaged by insect.

Since many mulberries out there are hybrids between red, white and black mulberries, there’s a spectrum of what level of ripeness has the best flavor. It can be a little difficult to determine the type of mulberry tree you find. There are mulberry identification guides to help. Most of the berries you’ll see will start out hard and greenish white. As mulberries ripen, they will expand and change colors from pink to red to finally a deep purple with red undertones. Basically, as the berry ripens it gets sweeter and loses its acidic bite. Since there will most likely be a lot of berries on the tree, test to see which stage of ripeness you prefer.

Mulberries grow on trees, and trees are great for the environment! Trees hold soil and prevent erosion, cool the planet, provide habitat and lock down the carbon we keep pumping into the atmosphere. And of course, foraged food is about as local as it gets.

If you’re looking for dried mulberries, try to buy certified organic mulberries if pesticides are a concern for you. But, if you get the chance, why not just pick a bunch and dry them yourself? Thankfully, because local mulberries are pretty hardy and aren’t extremely susceptible to pests, most people won’t be spraying pesticides on them in their backyard or especially in the woods.

When it comes to silk production though, that’s a different story. Unfortunately, like most agricultural products that aren’t grown for human consumption, pesticide use on mulberries for silk isn’t as well regulated as it should be. Other examples of this closer to home are decorative flowers and cotton.

Mulberries are a pretty hardy tree and between all of the species, aka the Morus genus, mulberries are found all across the world. Primarily there are three common species: red, black and white. Here in the US, the red mulberry is native, but now there are a lot of white mulberries because they spread after being planted for rearing silkworms. The black mulberry tree comes from Asia as well and has also been spread about. Some people consider the black mulberry the best for eating.

When choosing a mulberry for your yard, we recommend planting a red mulberry because it’s a native species that is getting slowly taken over by white mulberries and hybrids.

Mulberries’ berries are typically in season from late spring through mid-summer, though you might be able to find them earlier or later depending how warm and wet your season has been. One of the best things about mulberries is that they bear a lot of fruit and they ripen over a pretty long window. While you can buy dried mulberries online, few stores and markets sell fresh mulberries, so you’ll need to get out and forage for yours.

How to Cook Mulberries

Let’s be honest. Ripe mulberries can be pretty fragile — hence the stains. They damage easily just like brambles.

If you’re planning to cook with them, gather and store in whatever container you please. You’ll end up crushing them anyway. However, if you want beautiful, whole mulberries to sprinkle on a dessert or to compliment a local cheese on your charcuterie board, fear not. To get the best whole berries, you’ll want to pick them into a couple baskets, bins or trays. To prevent smashing, don’t mound them up and steer clear of soft bags. Metal containers work great because they won’t stain.

A note on stems: you’ll notice many of your mulberries come with the tiny little stem still attached. You can eat them, strain them out while cooking or pull them off or clip them with nail clippers.

Once you get mulberries home, get them in the refrigerator immediately and wait to wash them until right before use. Store them in an airtight container lined with paper towel. 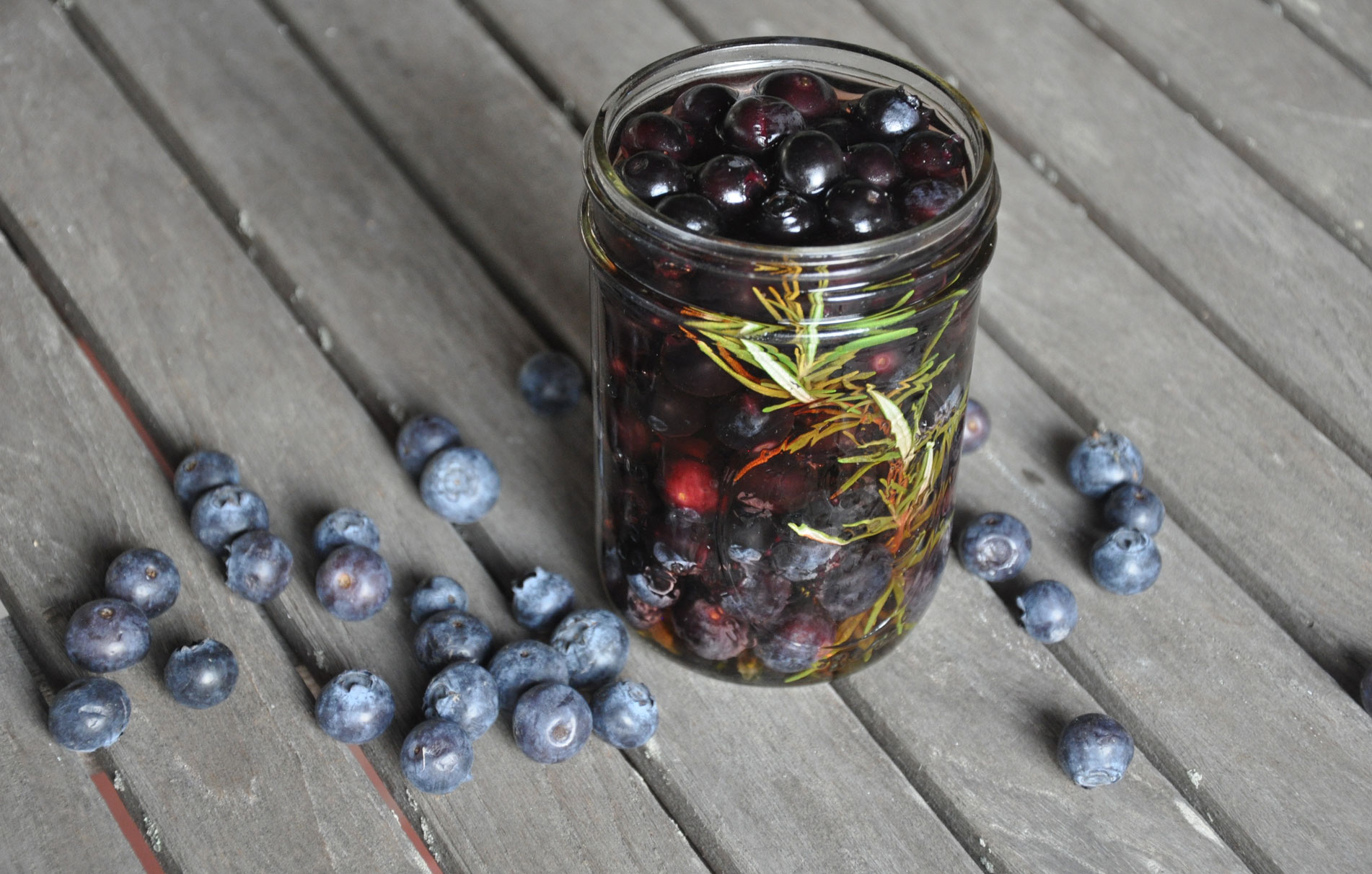 How to Use Leftover Berries Make Refrigerator Jams

Mulberries really shine in cooking. If you’re wondering what to do with them, they’re a perfect — and cheap — substitute for any other bramble berry in your favorite pies, jams, jellies, compotes, sauces and desserts. Try making this excellent mulberry sorbet recipe. Because you can typically get so many at a time, they’re great if you need a lot of berries.

Like other berries, they can be a great addition in savory recipes as well. For savory dishes, try making a mulberry BBQ sauce or mulberry-balsamic reduction (substitute mulberries for blackberries here) to drizzle over your favorite umami-loaded veggie or cut of sustainably raised meat. Heck, you can even juice them.

Don’t waste your work and your berries: preserve them! Of course, you can freeze them. Turning your mulberries into an awesome jam or jelly is a great way to develop their flavors into something even more flavorful. Mulberries are a perfect candidate for maceration (which is basically a fancy culinary word for marinating fruit to develop flavors). Maceration is a great way to take your mulberries’ flavor to the next level and — depending on what you use — to preserve them.

Between the vitamins, minerals, antioxidants like resveratrol, and flavonoids such as the anthocyanins mentioned above, mulberries are pretty good for you. Mulberries have a lot of protein, fiber and are filled with Vitamin C: a serving of mulberries contains about 190 percent of the recommended daily value.

The green parts of a mulberry — and super unripe, green berries — have a white sap that is toxic. It can cause irritation to the skin and consuming enough of the sap can lead to nervous system stimulation and even hallucinations. Watch out!