Meatpacking has always been an industry that is incredibly hard on workers, who deal with dangerous work environments and poor compensation, all to supply the country with cheap meat. The early days of the COVID-19 pandemic made their work even more dangerous, as meatpacking plants became hubs for outbreaks. But plant operators successfully lobbied to stay open in spite of mounting worker deaths, stoking dubious fears of meat shortages to raise the stakes. 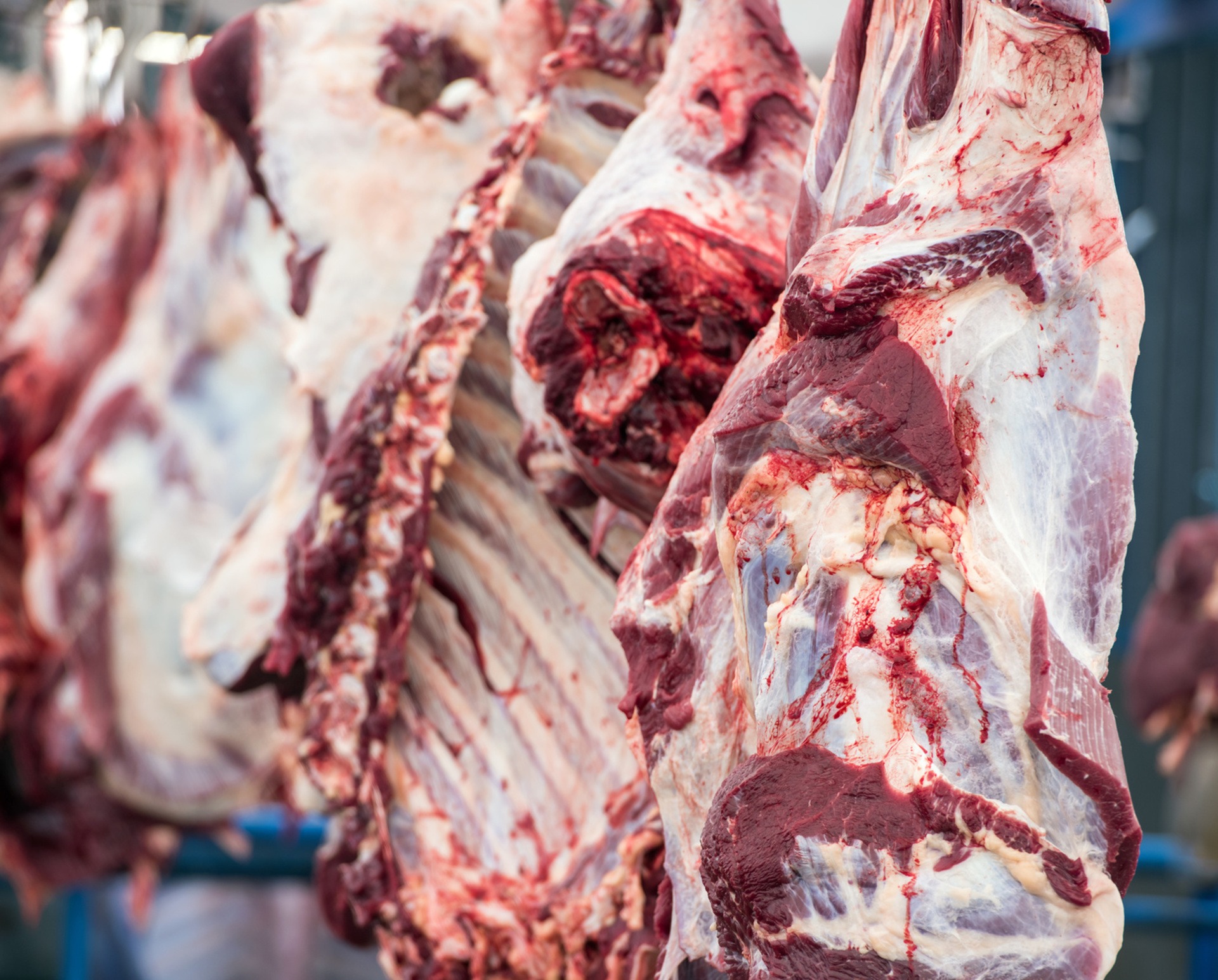 A new congressional report shines a light on exactly how much political muscle the big meatpackers exerted over government agencies and the White House to get what they wanted. The report, published last week by the Select Subcommittee on the Coronavirus Crisis, outlines the full extent of the meat industry’s manipulation of the federal coronavirus response. By intervening in multiple government agencies and the White House, meatpackers advanced their own financial agendas at the costs of workers’ lives, dodging the scrutiny of local health departments and ultimately lobbying the White House to let them operate unrestricted.

Their main achievement, an executive order signed by then President Donald Trump in April 2020, allowed meatpacking plants to stay open even when active outbreaks would otherwise close them. With only flimsy nods towards worker safety — non-binding, voluntary guidelines from the CDC to be enacted with the discretion of the plant operators — workers had to choose between unmitigated exposure to COVID-19 or getting fired.

The results of the policy were immediate and disastrous, with rolling outbreaks through the rest of the pandemic. A recent estimate pointing to nearly 60,000 cases and hundreds of deaths in total. Worse still, plants acted as hubs for outbreaks in surrounding communities. Workers, who often live in intergenerational homes with vulnerable people they lacked the resources to safely isolate from, ended up exposing others to the virus.

From the beginning, the executive order was a clear product of industry lobbying. And while there were shortages of some products in the earliest weeks of the pandemic, many experts doubted the claim that there was a possible meat shortage, pointing to USDA data indicating that there was ample meat in cold storage around the country. A recent analysis from researchers even suggests that consumers, who certainly noticed empty shelves in the early days of the pandemic, had few fears of actual shortages. So the fact that the meat industry created a false narrative to get what they wanted isn’t news, but the extent of its manipulation is still shocking.

In the weeks before the executive order, the report outlines the constant communication between meatpacking representatives, USDA officials and White House staffers, often over illegal private channels. Revealed text from the conversations shows industry representatives knew about the risks posed by COVID in their plants, but that they were confident that the administration would help them avoid regulation.

This came to a head in the creation of the executive order, which the report reveals was drafted by Tyson’s own legal team rather than White House staffers. After communication with other meatpackers on the order’s terms, Trump signed the order on April 28, 2020.

The industry’s lobbying efforts went beyond the order itself to ensure a steady supply of workers. Smithfield’s CEO directly worked with liaisons at the USDA to undermine CDC recommendations, requesting to switch health and safety mandates — like social distancing or slowing line speeds — to suggestions instead. The feedback made its way to then-Secretary of Agriculture Sonny Perdue, who pushed the CDC to water down their suggestions. The move frustrated agency staffers, who argued they were inadequate to slow viral transmission. When the final guidelines were published in tandem with the executive order, they were wholly inadequate.

At the same time, meatpackers pushed liaisons at the Department of Labor to exclude healthy people from the unemployment benefits required under the first coronavirus relief package from Congress. In tandem with the minimal CDC guidelines, these moves were intended to force workers’ hands on returning to jobs that were unsafe. 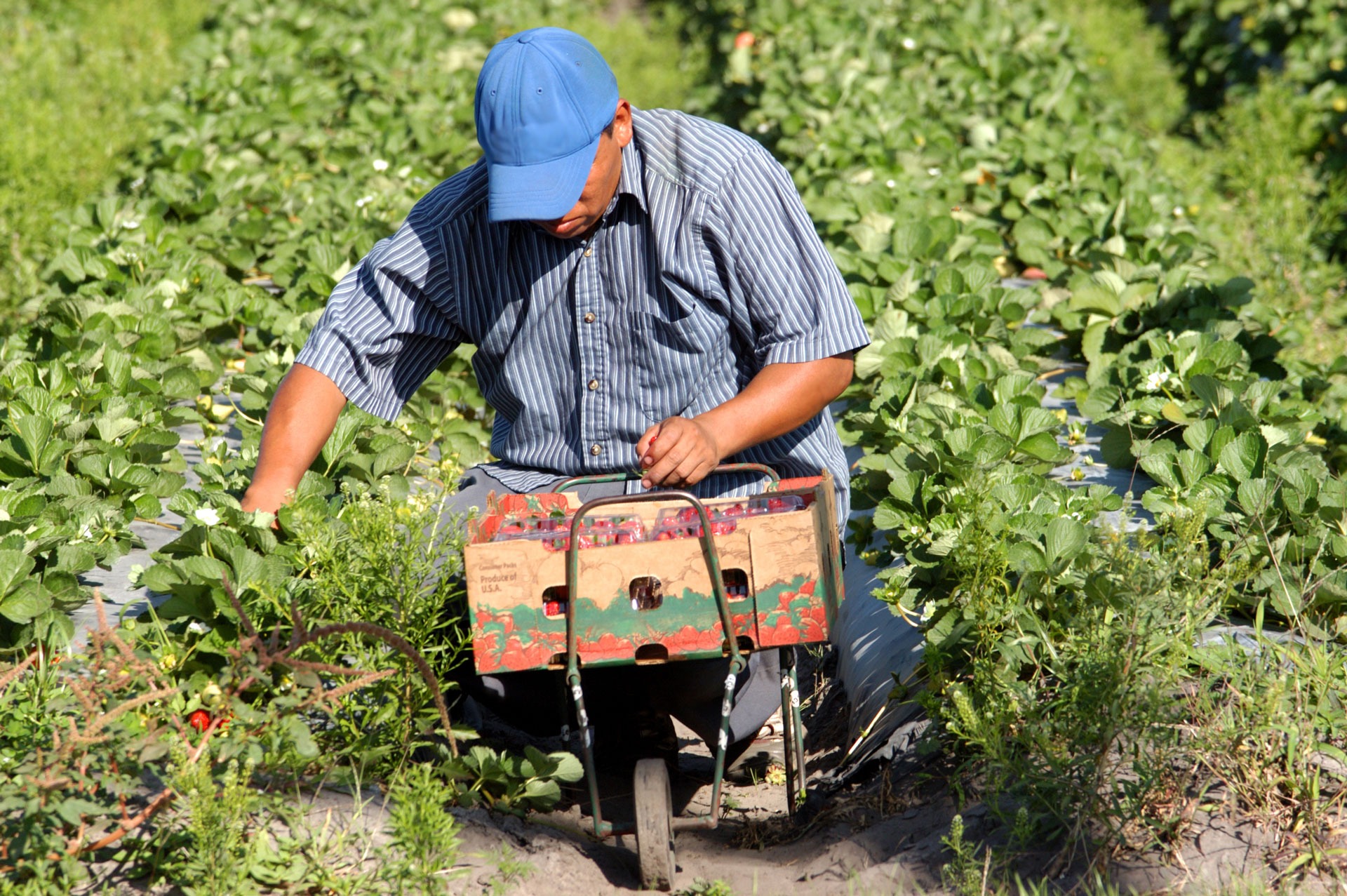 Food is Essential, Having Every Meatpacking Plant Open is Not

While the meat industry’s manipulations were especially brazen, they weren’t the only employers in the food system that failed to adequately protect workers. Many of these jobs were truly essential, but in every case, workers could have been better protected when they were expected to put themselves at risk. Farmworkers and food processing workers should have had better protections against virus transmission in housing and worksites, for example.

But many risks faced by workers in the food system — including restaurant workers, grocery staffers and food delivery people — seemed to be in the service of something less essential: consumer comfort and convenience.

Given that there was no genuine meat shortage (meatpackers’ exports rose as much as 370 percent in 2020), it’s clear that meatpackers’ lobbying efforts sit in this category. As economists reviewing the supposed meat shortages concluded, “[m]eat, although perhaps not exactly the specific product the consumer wanted, was still readily available.” So why stoke fears of a shortage when only a few products were temporarily unavailable? With consumer expectations and profits on the line, even localized disruptions to certain products were deemed unacceptable by meat companies, and workers’ lives were worth putting on the line to ensure a steady supply of everything people might want.

Ultimately, the pandemic might have raised the stakes, but the underlying lack of respect for food workers — as indicated by poor compensation and unsafe working conditions that made them so vulnerable to COVID in the first place — primed regulators and the public into thinking that these risks were acceptable.

Highly consolidated industries like meatpacking can exert a huge amount of political power, in this case, to disastrous effect. There are many losers when food companies have too much power: farmers, who make less and less money, even as meatpackers’ profits rise; consumers, who face rising grocery prices that raise questions about what’s inflation and what’s price gouging. And in the case of meatpacking plants being kept open for essentially no reason, the avoidable and tragic deaths of workers are a sad reminder of how willing these industries are to put profits over people, and exactly how willing regulators are to go along with it.