In recent years, an increase in extreme weather events is making it a uniquely challenging time to be a farmer. Historically, crop insurance and disaster relief programs have been instrumental in protecting farmers from financial loss because of natural causes. But some argue that the federal crop insurance program does not encourage farmers to adapt. Recent research by the Environmental Working Group (EWG) has highlighted this issue, pointing out that adaptation will be essential for responding to climate change in the long term.

The FoodPrint of Crops
Learn More

The Role of Emergency Relief

Many specialty crops — a technical label that includes fruits, vegetables and other non-grain crops —  are not eligible for crop insurance through the USDA. For farmers who do not have federally subsidized USDA crop insurance, losses can be catastrophic. In the summer of 2021, some Oregon raspberry and blackberry farmers suffered a disastrous season, with major crop losses when temperatures soared to unprecedented levels in June. Darcy Kochis of the Oregon Raspberry & Blackberry Commission was among those working to secure support for growers who faced extreme loss. After the worst of the heat, the Commission began contacting the state government. “We brought people out to the fields,” Kochis says. Representatives saw the damage firsthand and, after much work, the Disaster Assistance Program for crops affected by the extreme weather was established. The program is structured as a forgivable loan.

The Oregon Disaster Assistance Program fills gaps in federal disaster programs and following an extraordinary season, it was a godsend for farmers. But even though the plants survived, cautious optimism for this year might be an overstatement. “You can never be sure,” Kochis says. “You can never be confident that the year is going to be great, because last year 50% of the crop was burned at the last minute.”

While disaster relief programs might help growers survive an especially tough season, they’re less useful in a future where climate-related disruptions become more common.  That’s where other adaptations come in.

Adaptation and Strategies for Resiliency

Adopting different varieties could be a long-term solution for some field farmers. “There are drought tolerant varieties, on the other side there are varieties of corn and soybeans that do better in wetter soils,” says EWG Midwest Director Anne Schechinger, though she acknowledges that replacing crops with alternatives is trickier. “In the corn belt, farmers really have all of their equipment set up for one or two crops,” she says.

For farmers of perennial crops — like the berry farmers in Oregon — changing strategy can be an even more complex and time-consuming endeavor.

Higher summer temperatures in the Pacific Northwest could become a pattern, and there’s research going on to develop new varieties of berries, some of which could prove to be more heat tolerant. For example, the Columbia Star blackberry is one of the newer varieties, and it seems to be less susceptible to ultraviolet light and heat damage. But Kochis explains that these longer-term solutions are very slow to come to fruition. “The breeding program has to do on-farm trials, they have to do variety selection,” she says. It’s a process that can take years. Meanwhile, the weather that berry farmers must contend with could become ever more erratic.

Andrew Byers is the head cidermaker and co-owner at Finnriver Farm and Cidery, which grows its own apples on 80 acres of certified organic farmland on Washington’s Olympic Peninsula. He explains that they have started making changes to the way they farm, with long term water predictions in mind. “It kind of led us to look at the fragility of high-density monocropping,” Byers says. The farm is transitioning away from high production dwarfing trees in favor of larger trees with deeper roots. “We frame them as resiliency strategies,” Byers says.  He explains that the larger trees will be much better equipped to survive heat events. “They are much more likely to be able to tap into the water table on their own terms,” he says. “They will need less irrigation.”

While the Finnriver team is already working towards a more robust orchard based on long-term plans, it could be challenging for farmers responding directly to weather events to make changes in time, whilst also contending with more frequent disastrous harvests. 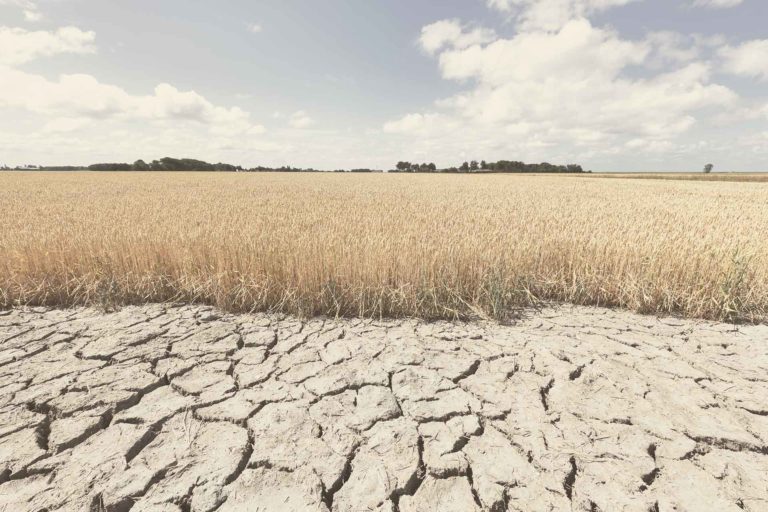 Even with adaptation strategies, farming in some areas might need a major overhaul. In cases where land and resources have become dramatically stressed, some ecologists believe it is no longer wise to grow some crops in the areas that they have been grown previously.

In regions where resources such as water are scarce, existing crops must be grown differently, and scientists are working to provide the insight that will help farmers to make critical decisions. For example, at UC Davis, the ‘Torture Orchard’ project is designed to find improved genetics for farmers. The team tested how much ‘torture’ pistachio and walnut rootstock can withstand by placing them under drought stress. While none of the pistachio trees died, as Associate Professor Pat Brown points out, “just surviving isn’t enough. What we really need to look at is how much food can we produce under water limitations.”

The western US is currently experiencing a multi-year drought that is the most extensive and intense in the 22-year history of the US Drought Monitor. What must be considered in California Brown says, is the economic value of the crops versus water applied. Sometimes it’s a bad bargain. Brown points out that in Sicily, farmers can grow pistachios with ten times less water than in California. “They don’t get 10% of the yield, they get 50% of the yield,” he says. “They are five times as water use efficient.” Asking California farmers to try using less water could be tough. “It’s always a hard sell to get someone to do something that might impact their livelihood,” Brown says, but adds that it is clear what is coming down the road in terms of water limitation in California. “It might be, in the not-too-distant future, that they don’t have a choice on whether they cut down water or not,” he says. “There’s not going to be enough water to go around.”

Growers across the country are reckoning with this harsh new climate reality.  Byers points to one blackcurrant farm in Oregon that supplies additional product to his cidery; it was nearly burned down by wildfires two years ago and had a crop cut in half last year due to heat damage. “It certainly feels unstable,” he says. “If I was going to make a climate-inspired decision about what to grow, I would choose to put in things that were more adaptable, meaning less commitment, and easier to change away from. And I don’t know if that would be trees.”

Where resources are stretched too thin or disasters become too frequent, some agronomists believe it is no longer wise to grow some crops in the areas that they have been previously grown. But even when changing crops becomes a financial and environmental necessity, it can be financially and culturally difficult. Overcoming these barriers may take policies that help farmers manage that potentially expensive transition.

But some existing crop insurance policies could be a barrier to that change. Schechinger points out that crop insurance could encourage farmers to keep planting crops in areas where they’re increasingly unsuitable, by financially insulating the farmers from growing rates of crop failure. “We know that crop insurance impacts the crops that farmers plant,” says Schechinger. “It’s really, really important to adjust crop insurance so that it helps farmers adapt to climate change.”

EWG crop insurance data shows that between 1995 and 2020, $143.5 billion in federal crop insurance payments was paid out to farmers, and a majority of the payments were for crop damage due to drought and excess moisture, both factors that have worsened as a result of the climate emergency. In her research, Schechinger points out that when a crop is mostly covered by crop insurance, there’s often not enough incentive for farmers to embrace adaptive practice. Reducing premium subsidies for the highest-risk farmers could encourage less production, she argues, pointing out that the savings could be put towards helping farmers to permanently retire farmland.

Schechinger also highlights that conservation practices will be key for the longer term. Reducing tillage in drought areas means that soil does not become as hot, and cover crops planted over the winter season can be a huge help. “That is really good for both more rain, and less rain,” Schechinger points out. “It builds up soil health, it stops soil compaction from getting too bad. That’s going to help with a lot of climate variability going forward.”