In the early 1970s, a then-20-something Frances Moore Lappé set out to document the ways in which an industrialized food system was sickening humans and our planet alike while encouraging a false narrative about world hunger — namely, that hunger existed because we could not effectively grow enough food to feed ourselves. The resulting book, Lappé’s seminal “Diet for a Small Planet,” revealed, rather, that all the tools and knowledge we needed to feed ourselves and our communities, and also protect the essential health of our soil and water, were possessed by small farmers growing diversified crops to support a plant-centered diet.

On the 50th anniversary of “Diet for a Small Planet,” we spoke to Lappé about the updated version of the book, which contains a new chapter and newly reimagined recipes; what’s changed in the conversation we’ve been having about how to grow and eat food; and perhaps even more tellingly, what challenges to our food system have only become more entrenched in the intervening decades.

This interview has been edited for length and clarity.

What’s the most significant thing that’s changed in the American food system in the past 50 years?

As a 26-year-old in the library [researching my book], I was gripped by fear of scarcity, as we all were. It’s hard to imagine now, but that was really the dominant message: that we had hit Earth’s limits. There was a cartoon showing Earth and people falling off the side because there wasn’t any room anymore, and I knew young women who said, ‘It would be unethical to bring a child into a world where there’s not enough for us.’ I take myself back to that moment in the library and putting those numbers together and realizing there was no scarcity; we had plenty food. 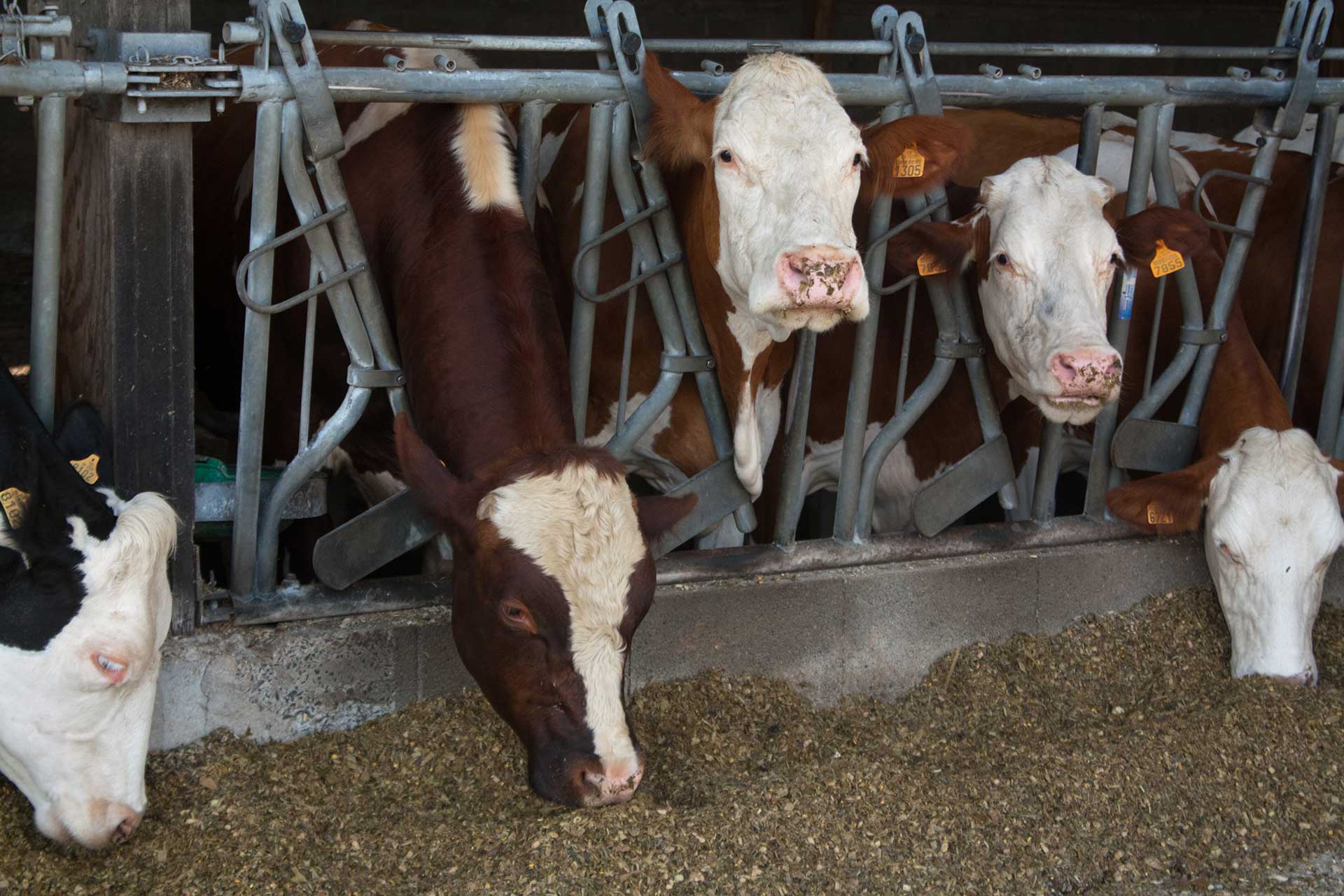 Now people have [re-]done the numbers and the estimate is that 80 percent of our agricultural land, including grazing for livestock, returns to us about 18 percent of our calories. That seems an extra-inefficient way to feed ourselves. The way that we can eat in the plant world is so much more efficient, so much less wasteful. Hunger is not caused by a scarcity of food but a scarcity of democracy; what’s lacking is people’s power to access food. What we didn’t know [50 years ago] is the way that food is contributing heavily to the climate crisis, and we also did not imagine that our democracy would so fail us by allowing a food system that is making us sick and killing us. We may be the first civilization ever for whom our food supply is one of our greatest dangers. We know that ultra-processed food provides 60 percent of our calories and virtually no nutrition. I don’t think anyone could have predicted this insidious combination of the manufacture of products geared to addict people and the [lack of a] democracy looking out for us in a market-driven by profit and not by our values.

Is the crisis with our water greater now than when you wrote the book?

One thing that came to the fore as the result of the new chapter is the nitrogen overload from fertilizer that’s polluting our waterways and contributing to the creation of a dead zone in the Gulf of Mexico that’s as large as the state of Massachusetts. [Our diet is] killing not only the life of the soil with the use of pesticides and chemical fertilizers but [it is] destroying ocean life, too. Right now, we are also grossly wasting water. To produce a pound of beef takes 1,800 gallons of water, but you need very few gallons for the same volume of grain; the overuse of water to produce livestock is huge. And we’re using underground water to such an extent [that] our main farming areas will not have irrigation water in the foreseeable future.

Do you think we’ve figured out any creative ways to address some of these challenges?

There’s been a significant increase in the acreage of organic farms over a five-year period, which I talk about in the new chapter; I see encouragement there. Just last night my partner and I were strolling on Massachusetts Avenue in Boston and there was a shop I’d never seen [selling] plant-based desserts. That was a little sign for me: ‘Don’t give up, Frankie, [the plant-based movement] is spreading.’ When I first moved into my office in Harvard Square it was really tough to get vegetarian options, and 10 years later there are four lovely cafes and restaurants in the area that are promoting plant-based and that’s huge change in a short time for those who can afford it in this high-end world. But there’s this supreme inequity and there [needs to be] accessibility to those who are the most vulnerable in our class-stratified society.

There used to be a joke about being able to walk and chew gum at same time; I think we can do that, step forward with our food passion and try to work on educating ourselves and others about the joy of eating plants and how that helps protect against the climate crisis and fast-disappearing species that all life depends on. [Our] grain-fed-meat-centered diet is obliterating species, with 40 percent of insects threatened with extinction in the next decade. I think the theme of my life is that we can weigh in at critical moments in our day-to-day lives by the choices we make: local actions to create community gardens and community supported agriculture [for example]. There are now 29,000 community gardens [in 100 US cities], and that warms my heart so much. And I have been so impressed with the Good Food Purchasing Program; 16 major cities have now adopted this approach to sourcing locally and healthfully so kids have school meals that are good for them and their communities and the climate and the Earth. Who could argue with that?

But [we need] changes in choices and policies that don’t put all our agricultural tax monies behind monocultures that are depleting soil and bodies. And a shift toward diversified and ecological produce production, [instead of one] that has been overwhelmed by highly concentrated big feed crop production.

Have we begun to learn any important lessons from Indigenous communities and communities of color?

We’re starting to have an appreciation that our highly profit-driven capitalist system is a very wrong turn we’ve taken — that we fell for the idea that modern and industrial was efficient, when it’s the opposite of efficient and is destroying the basis of our long-term survival. [Black and Indigenous knowledge] is reminding us that we lived in compatibility with the Earth for eons.

That wisdom is there for us to draw upon, which is why I was so pleased to include Soul Fire Farm in the new chapter. [Co-director] Leah Penniman shares a beautiful image of her great-great grandmother traveling in a slave ship with seeds woven into her hair; that gives me chills. I also write about agroforestry, which I learned about really late in the game. The practice of mixing trees and crops in same field is a longstanding practice because it works, and there’s proof that farms are increasing their overall productivity when they count what trees and soil can [both] produce. This is the time to honor how Indigenous practices have served us in all parts of world.

You also write about the cooperative model. How important is that to the changes we need to make to our food system?

I think we need to make it easier for people to make the legal changes necessary to set up cooperative enterprises and have flexibility with them. There’s a lot that can be done [with that model] but it all goes back to who’s in control in government and where we are putting our tax dollars. We put very little toward supporting and developing cooperative farming and are very much still focused on feed crop subsidies. I want to remind everyone that the preamble to the constitution says that we are called to create a society that serves the general welfare — that’s what our government should be representing, not chemical corporate agriculture. It comes back to the belief in ourselves, that we can take a democracy corrupted by private influence and begin to turn it around. People think it’s a dull duty but if we team up with people who share our values to have a government that represents us, what’s more thrilling than that?

The effectiveness of all those who have arisen with Black Lives Matter and taken action — there’s not just the feeling of, ‘Oh gosh, we have profoundly racial divisions and harms we are collectively inflicting,’ but ‘we can together the change rules and make them more fair.’ The climate crisis is here now, it’s in our face, not decades hence. There is elder and youth solidarity on climate and in the food movement, and that’s really powerful. All of this happening within same period of a few years is remarkable.