PFAS (or perfluoroalkyl and polyfluoroalkyl substances), a class of chemicals sometimes known as “forever chemicals” because they never break down completely — leaving them in our soils, water and bodies forever — may soon be better regulated. The PFAS Action Act of 2021 would set drinking water standards and classify PFAS as hazardous substances, limit discharges, prohibit unsafe disposal, pave the way for contaminated sites to be cleaned up and even create an (albeit) voluntary warning label requirement on nonstick cookware, the most common household item to be made with PFAS. Similar bills were introduced during the last presidential administration but they faced an uphill battle with the Environmental Protection Agency, who wanted to look at each chemical separately instead of as a class.

How Do PFAS End Up in Drinking Water?

Where are these chemicals found and how do they end up in everything from our drinking water and cookware to our takeout food containers? PFAS are found in a huge number of products, acting as a flame retardant in firefighting foam and as a greaseproof coating on all kinds of surfaces. PFAS are increasingly common in soil and groundwater, especially near airports and military bases, where firefighting foam is used in huge quantities. PFAS exposure in drinking water has been linked to assorted health problems, including kidney disease, endocrine and immune system disruption and cancer. But it isn’t just PFAS from flame retardants that end up in water: the manufacturing and disposal of products like nonstick cookware and greaseproof food packaging also get these chemicals into the environment. 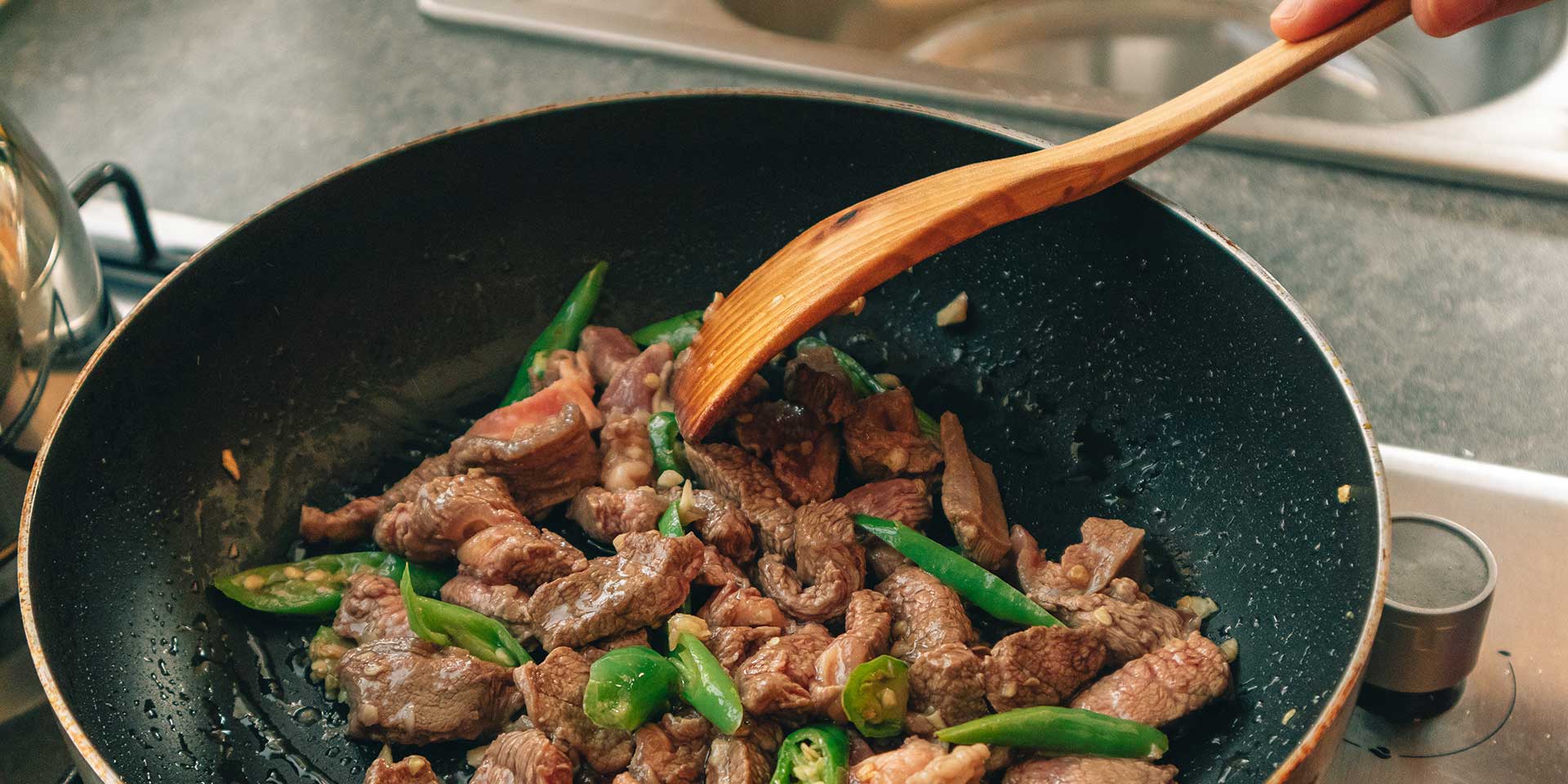 The Latest on Nonstick Pans and PFAS

For a while now it’s been known that Teflon and other nonstick cookware are made with dangerous chemicals: older formulations were manufactured with a chemical called PFOA, which the industry has mostly phased out for its widely-publicized health risks. Teflon itself, a chemical called PTFE, is still in use but becoming less common, in part due to consumer concern. But while the industry has responded to consumer fears about Teflon by making other nonstick coatings, marketing this new generation of pans as safe, most remain coated with other dangerous PFAS. A testing of pans done in December 2020 by the Ecology Center found that 70 percent of cookware and 20 percent of bakeware contained PTFE, even if they were marketed as being PFAS free. And some were coated with alternatives made from BPA which are also problematic. For those seeking safe nonstick cookware, it can be difficult or impossible to determine what’s okay and what’s not. As we reported earlier, green chemist and Safer Made co-founder Marty Mulvihill recommends avoiding purchasing nonstick pans altogether, pointing out that while the health impacts from cooking with a nonstick pan are negligible, the production and disposal of PFAS-coated pans contributes to the chemicals ending up in our soil, water and, eventually, bodies.

Lots of food packaging, especially paper products that need to resist grease, like salad dressing, are coated with PFAS. Less than two years ago an investigation by The Counter revealed that several fast-casual chain restaurants were using green-seeming, “compostable” bowls and containers that actually contained PFAS. If these bowls even made it into the compost — which is often not the case — they would be releasing PFAS into that compost and eventually into the plants grown in that compost. Several of the chains, including Sweetgreen and Chipotle, responded quickly, committing themselves to sourcing bowls that did not contain PFAS. As of March 2020, Sweetgreen said that all of its restaurants would be PFAS-free by the end of the year.