New Report Shines a Light on the Seafood Fraud Rampant Across the U.S.

How much should Americans care about the fish on their plates? Namely, whether the type of seafood they’ve ordered — red snapper at a sushi restaurant, sea bass at a supermarket counter, tuna on a Subway sandwich — is actually the type of fish they’re served? 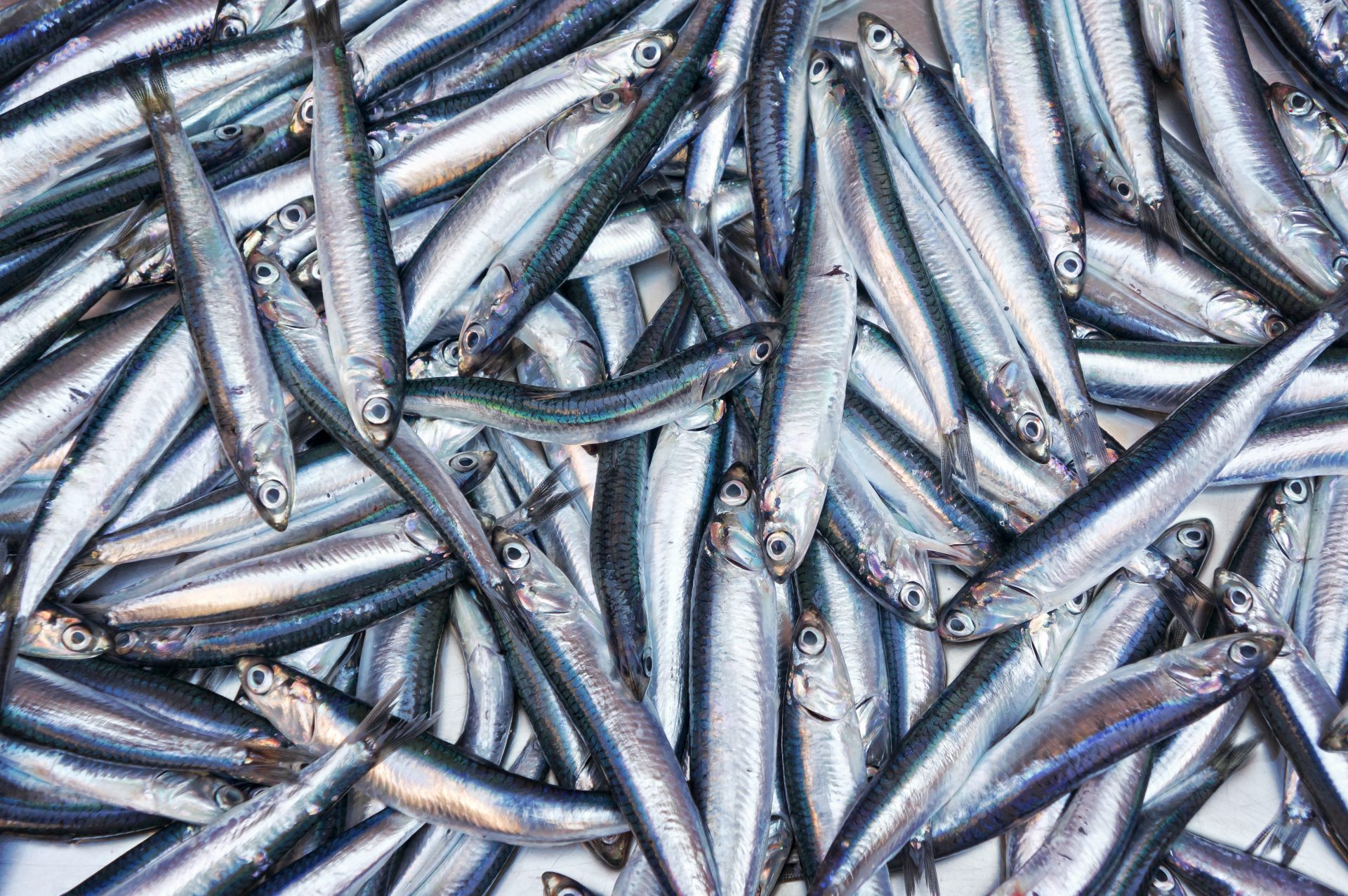 A lot, argue researchers of a new report on seafood fraud from the Vermont Law School’s Center for Agriculture and Food Systems (CAFS). Due to the complexity and opacity of global seafood supply chains, and challenges for NGOs and scientists to examine them comprehensively, estimates of fraud vary wildly, from 16.5 to 75 percent of all fish imported into the U.S. Nevertheless, “Seafood is an industry where we really see the problem of food fraud occurring on a wide scale,” says Emily Spiegel, the report’s co-author.

Those occurrences can result in host of serious impacts. For example, seafood fraud threatens ocean biodiversity, when species of concern are harvested and passed off as something else. It might hide labor violations, when ethics claims about who caught your fish and under what conditions are erroneous. It can present a danger to human health, when unsafe-to-eat fish or potentially harmful processing methods are mislabeled or covered up.

With the exception of the brouhaha over sandwich chain Subway’s tuna, though, in which DNA tests allegedly showed some of their fishy sandwich innards to be “not tuna,” there’s been very little consumer flap about the potential for eating seafood that isn’t what it claims to be.

“There was greater public outrage about the horsemeat scandal in Europe than the seafood [fraud] within our country,” Spiegel says. But since “[f]ishing is one of the primary means by which human activity affects the health of ocean ecosystems,” among other concerns, as the report puts it, Spiegel and her fellow researchers hope a growing awareness will help change that. It has already led to some legislator calls for better oversight and regulation. 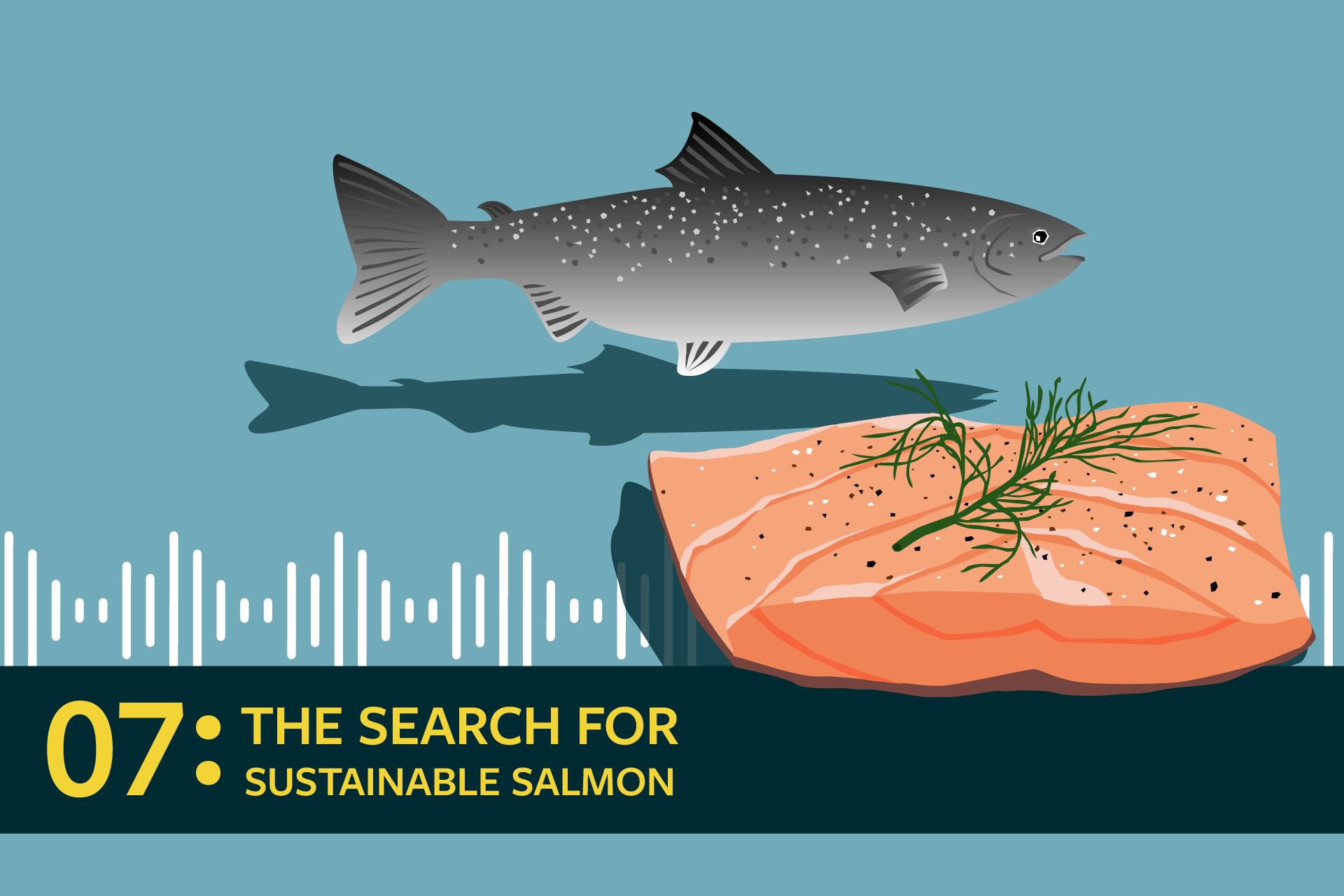 Listen to Our Podcast Episode on Sustainable Salmon

What is Seafood Fraud?

As much as 85 percent of the seafood we eat in this country is imported. It comes to us via a complicated network of supply chains that span continents. A pollock may be caught in Russian waters, sent to China for processing, then shipped back to the U.S. for sale.

It’s a system that offers opportunities for fraud at almost every step of the way: when fish is harvested from the sea by any one of 4.5 million commercial fishing vessels in the world, or transferred from one of those vessels to another, for aggregating; when it’s sent off to be processed into filets, or canned, or breaded and frozen; when it’s distributed into a country’s wholesale market; and when it’s put on sale in shops and restaurants.

Almost all fraud allows bad actors to garner higher prices for their catch, or to avoid the cost of doing business legally and ethically. Ironically, some of this fraud is driven by consumers trying to do the right, and sustainable, thing by avoiding overfished species. “There might not be an adequate population of a particular species of fish or a specific type of production, and that creates incentives to fill that void with something that is not the food that it’s advertised to be,” Spiegel explains.

As the CAFS report defines it, fraud falls under five different categories. First, there’s fish of a lower value (say, tilapia or sometimes allergenic escolar) that’s mislabeled as fish of a higher value (red snapper or tuna). Tuna is one of the most frequently frauded fish out there. Since it’s a keystone species that helps to structure food webs, it’s “also the most highly managed fish species in the world and when you can’t catch them or you can’t meet the regulations to have them imported, it’s easy to label something that looks like tuna, maybe smells like tuna, tastes a little bit like tuna, as tuna,” says Marla Valentine, illegal fishing and transparency campaign director at Oceana. (Oceana released its own seafood fraud studies, about Canadian seafood in 2021 and U.S. seafood in 2019, and discovered many parallels to CAFS’ findings.)

A second kind of fish fraud occurs with fish that’s treated with too much water in order to make it heavier (and more expensive) at the point of sale, or with undeclared additives, like coloring agents to mimic the hue of a more desirable species.

There’s fish whose label might obscure where it came from — such as farmed Atlantic salmon touted as more desirable wild Pacific salmon. Some instances of this kind of fraud can have serious consequences. According to Valentine, each year in the U.S., 260,000 people get sick from eating fish, some of it a mislabeled lower-value product containing high amounts of mercury and harvested (possibly illegally) from known high-mercury areas of the ocean. “That’s why knowing where your fish is from is so important,” Valentine says.

There are labels that claim workers along the supply chain were treated humanely when they were subjected to slave labor conditions; or that tuna was caught without the use of fish aggregative devices (FADs) that ensnare animals like dolphins, when FADs were in fact employed.

Finally, there’s fraud that relates to illegal, unreported, and unregulated, or IUU, fishing. Fraud here might be used to cover up undersized fish, or a catch that exceeded a fishery’s quota. In 2019 alone, the U.S. imported $2.4 billion worth of seafood that was identified as IUU, which was 11 percent of all our seafood imports that year.

How to Reduce Fraud

There are a number of ways to cut down on seafood fraud, according to the CAFS researchers. These include making penalties for fraud steeper, as a deterrence; making it harder to commit fraud in the first place, by using monitoring devices on vessels and in processing plants for better seafood traceability — although the U.S. does not require this sort of full-system traceability; and ramping up inspections of seafood imports.

But curtailing seafood fraud in the U.S. is an uphill battle and part of the reason is that there’s  no one legal definition of what seafood fraud is, or one agency in particular that oversees it.  There is a patchwork of existing laws under which management of seafood fraud falls, and a web of federal agencies tasked with various bits of that management. For example, Customs and Border Control (CBP) is authorized to inspect food imports. So is the Food and Drug Administration (FDA), under 1938’s Federal Food, Drug, and Cosmetic Act, as well as 2011’s Food Safety Modernization Act (FSMA).

Although, “FDA doesn’t regularly inspect imported seafood,” says Valentine. “From 2010 to 2015, the FDA only investigated about 4 percent of [registered] seafood importers, which means so much seafood is coming into the US without proper traceability documentation.” To this end, legislators recently asked FDA to increase its oversight of seafood under FSMA. Whether it can take on this additional oversight without Congress giving it more money for enforcement is an open question, says Spiegel.

Another measure that would help, according to Spiegel, is better information sharing among FDA, CBP, NOAA, which is one of 14 agencies tasked with curbing IUU fishing (although Valentine points out that currently, they’re monitoring a mere 13 fish species) — and among industry as well. “Especially big retailers who are able to exert some control over their supply chain,” she says. More hopefully, “We’re at a point in time where technological advances have made increased traceability and better testing of seafood products, for example, more enriched than they have been for a long time. In the next few years, we might see some really meaningful action.”

Meanwhile, Valentine offers a few tips for decreasing the likelihood of purchasing fraudulent seafood, although she admits they come with a learning curve: buy whole fish, in season, from local fishers or fishmongers. With some effort and education, “You really can make better choices,” she says.

Ways to Use a Home Dehydrator to Reduce Food Waste

The Best Veggie Burger for Anybody and Everybody