When then Presidential-candidate Joe Biden told the crowd at an Iowa campaign stop in 2019 that plastic should be phased out, the announcement was met with applause. He promised then to “[treat] the climate crisis like the existential threat that it is” and as his administration gets underway, voters expect him to deliver, calling on Biden to be the first #PlasticFreePresident. 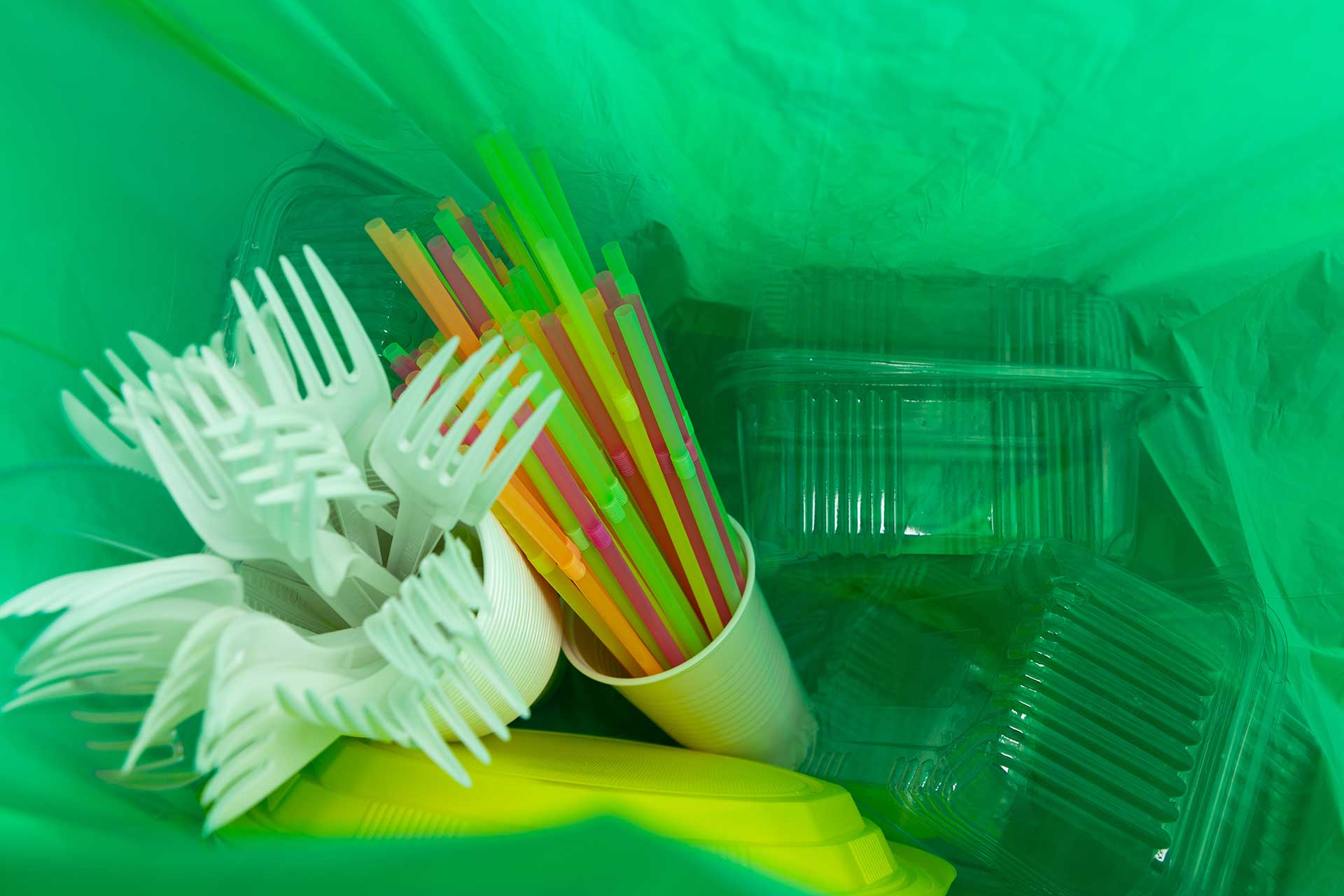 “Now we have a president who is concerned about environmental issues and wants to be engaged in the global community,” says Sarah J. Morath, a law professor at Wake Forest University and author of the forthcoming book, “Our Plastic Problem: Costs and Solutions.” “There is a potential to enact legislation and be involved in efforts at the international level to address environmental issues.”

A coalition of 550 conservation groups, including Greenpeace, Beyond Plastics, Surfrider Foundation and the Center for International Environmental Law, just released a Presidential Plastics Action Plan that includes eight actions the federal government could take to help mitigate plastic pollution. The action items include eliminating subsidies for plastic producers, suspending permits for new or expanded plastic production facilities, and supporting public health and fair labor initiatives in communities that suffer adversely from plastic production.

The group, part of a Break Free From Plastic movement, calls on the president in this action plan to “transform our extractive, throwaway economy to a regenerative inclusive one,” in order to charter a path toward a pollution-free future.

Getting Back on the Right Track

The need to address plastics pollution is dire, according to new research from the Pew Charitable Trusts that found the amount of plastic flowing into the ocean each year will triple — to 29 million tons — unless drastic action is taken.

The coronavirus pandemic exacerbated the issue. In addition to the need for single-use personal protective equipment, including 129 billion face masks and 65 billion gloves used each month, more consumers ordered takeout and had their groceries delivered during the pandemic. Compounding the problem, several cities and states reversed or delayed efforts like plastic bag bans — and, so far, most have not reinstated their bans.

The collapsing oil market also contributed to an increase in single-use plastics, which made manufacturing virgin plastics cheaper than recycling. By 2030, the production and disposal of plastics is expected to generate 1.34 gigatons of emissions per year, which is the equivalent of operating 295 coal-powered plants.

Even though the United States is the biggest global producer of plastic waste, generating about 42 million metric tons annually, the Trump administration ended efforts to eliminate the sale of plastic water bottles in national parks, propped up petrochemical companies through repeated rollbacks of environmental regulations, withdrew from the Paris climate agreement, and blamed Asian countries for ocean plastic pollution.

“We’ve seen how much the Trump administration reversed in four years … when everything was going in the wrong direction and it feels like we missed out on all of the progress we should have been making and even lost ground,” says Maine Congresswoman Chellie Pingree. “I think Biden can get us on the right track, especially if we get started early and have four years of changing our behavior [and] our standards.”

In 2020, legislators introduced the Break Free From Plastic Pollution Act to mandate reductions in single-use plastics. Pingree, who co-sponsored the legislation, believes federal laws are essential for curbing plastics pollution, explaining, “plastics have become such a dire issue that I think if we don’t have some federal intervention, we’re not going to solve the problem quickly enough.”

Legislation Is Not Enough

While federal legislation can help address plastic pollution, companies must also do their part to tackle the issue, according to Sybil Bullock, global brand audit coordinator for Break Free From Plastic.

As part of the 2020 Brand Audit Report, volunteers in 55 countries collected almost 350,000 pieces of plastic waste and cataloged those marked with clear consumer brands to come up with its top global polluters list, which included companies like Coca-Cola, PepsiCo, Unilever, Nestle and Philip Morris International.

Like other organizations working to reduce plastic pollution, Break Free From Plastic wants companies to set clear, measurable targets for reducing single-use plastics and reinvent their packaging to eliminate these items from the waste stream altogether — and some companies are making an effort.

“Even if [consumers] were to avoid buying plastic and recycle as much as possible, it will never be enough at the rate that corporations are continuing to extract massive amounts of fossil fuels to manufacture a growing amount of single-use plastics,” Bullock says. “These corporations have huge budgets, massive research and design teams and … the power to redesign the way you deliver your products.”

Several of the “top polluters” listed in the Break Free From Plastic report are participating in Loop, a service that uses refillable packaging to provide zero-waste versions of popular brands. PepsiCo plans to roll out a new recyclable, PET-free paper bottle manufactured from sustainably sourced pulp; Poland Spring, a Nestle brand, is collaborating with researchers at the University of Maine to develop bio-based packaging for its bottled water and startup Notpla developed a pod made from plant materials like seaweed that could replace single-serving condiment packets.

“Despite Trump [pushing deregulation] … businesses have still been focused on reducing their carbon dioxide emissions,” Morath notes. “If businesses continue to focus on reducing their plastic waste or thinking about alternative feedstocks or reducing packaging on their own … it will make it easier for the government to partner.”

Both the Presidential Plastics Action Plan and the Break Free From Plastic Pollution Act address the need for private companies to step up and suggest legislative actions that can force their participation, including holding plastics manufacturers accountable for waste through fines and investigating (and prosecuting) violators.

Pingree points to the “extended producer responsibility” clause as one of the most important elements of the Break Free From Plastic Pollution Act, explaining, “it puts the onus back on the entities that either use plastic packaging or are manufacturing it.” 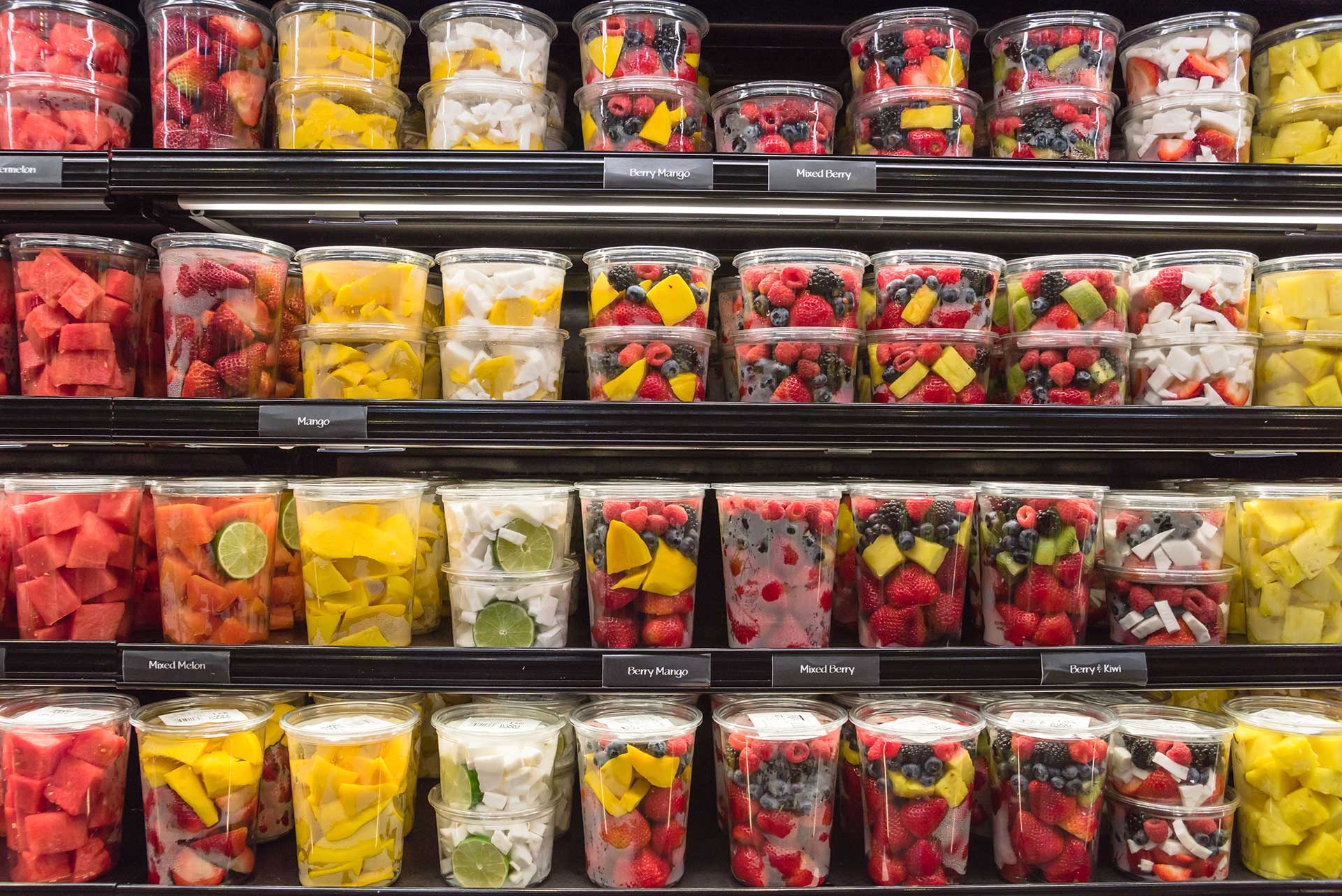 Read About The FoodPrint of Food Packaging

Voters are aware of the issues, too. In fact, consumer demand has driven much of the innovation aimed at addressing single-use plastics waste. One global report found that 43.3 percent of consumers believed manufacturers should take the lead when it comes to reducing plastic waste; additional research showed that 74 percent of consumers are willing to spend more for products with sustainable packaging.

The market demand — and a willingness to vote on environmental issues — could help spur legislation, Pingree notes.

“Sometimes Congress follows what big companies do … as businesses set examples, it makes it easier for members of Congress to go along with that because they can say, ‘Oh, this company has already proven it’s economically viable,’” Pingree notes.

Biden has been vocal about the need to address climate change, lending hope that he could become the #PlasticFreePresident. His pick for the first national climate advisor, Gina McCarthy, the former president and CEO of the Natural Resources Defense Council, has also spoken out about the need to address climate change, writing, “The climate crisis is already hitting us hard, and it will hit us even harder unless we take bold action now.”

Making a significant dent in plastic pollution will require strong federal legislation, including the passing of the Break Free from Plastics Pollution Act and executive orders to tackle the issues laid out in the Presidential Plastics Action Plan. Even so, it could take longer than one — or two — terms in office to address plastic pollution.