If you’re reading this article, it’s only a matter of time before ads for Acretrader will appear in your Instagram feed, urging you to “unlock the long-term wealth potential” of a unique kind of investment: farmland.

You’d be in moneyed company. Bill Gates is now the leading owner of acres in the US, and other billionaires, global corporations and pension funds are increasingly buying up fertile acres, while publications like The New York Times and Business Insider increasingly point to soil as a source of income.

The reasoning is simple: farmland is a good investment because it’s a limited resource (there’s only so much land in the US and the number of undeveloped acres keeps shrinking) and it’s in high-demand, given food production is so essential. Over the last several decades, its value has steadily increased, and many consider it “inflation-proof.” As Acretrader writes on its website, “land is one of the oldest investment classes in existence, producing vast wealth over generations.” 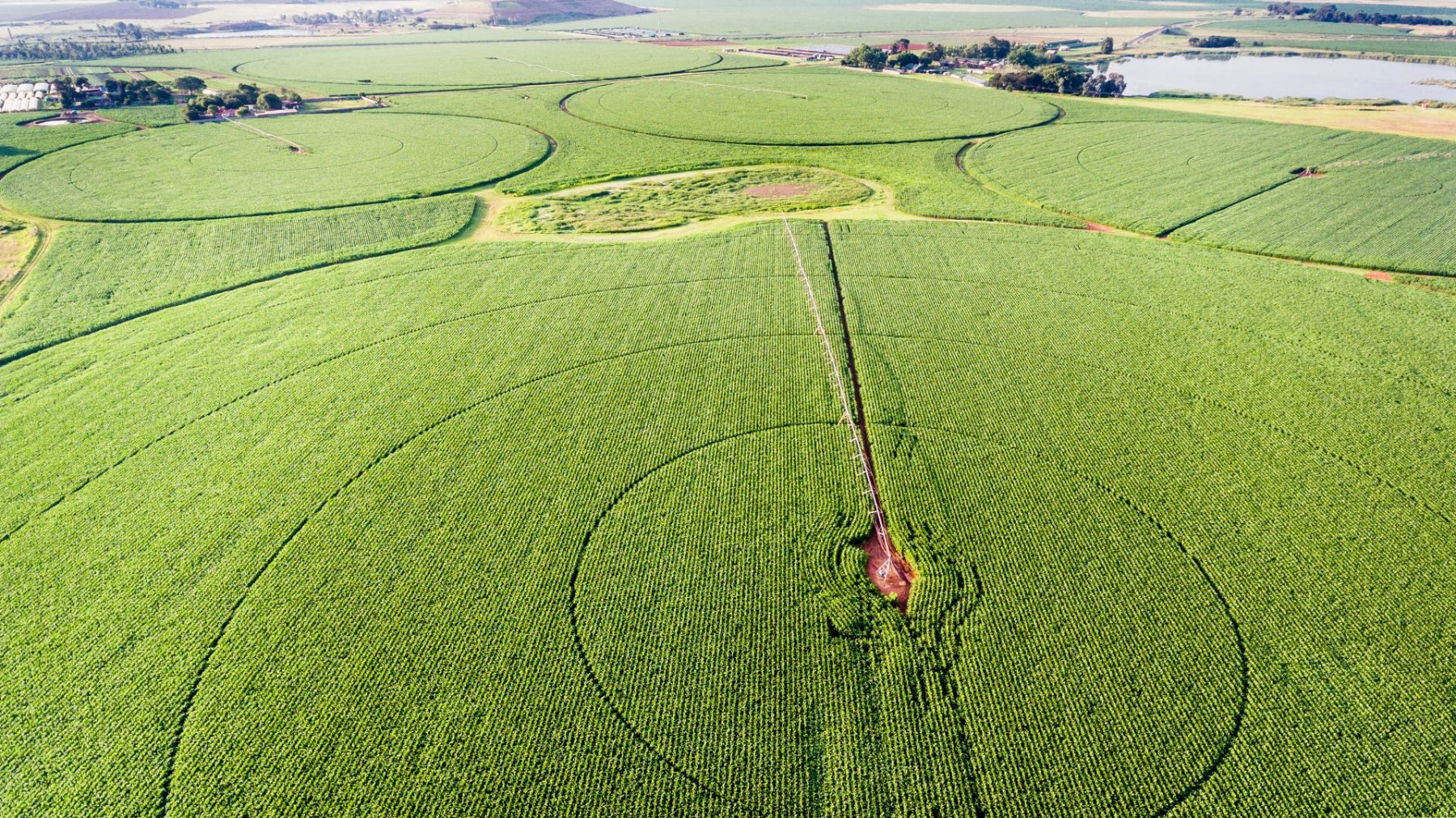 But while investors and corporations are excited about the cash potential, farmers — especially beginning farmers who have not inherited land and Black and Indigenous farmers who are up against centuries of land theft and discrimination — are finding it harder and harder to purchase their own acres, as the rush to invest drives prices up even further and puts farmland ownership out of reach.

“Access to land directly determines who has the opportunity to succeed in agriculture,” and ownership of that land “has a cumulative effect on farm viability,” since it provides collateral and security for long-term improvements like infrastructure and conservation, according to a 2020 Land Policy report from the National Young Farmers Coalition.

However, since land is so expensive and beginning and BIPOC farmers using organic and regenerative systems are at such a disadvantage, some farmers are turning to environmentally-minded farmland investment companies as one of the only pathways towards accessing land at all, even if it is rented, and say that they wouldn’t be able to compete otherwise.

Here are some basics on the increasingly complex world of farmland ownership and whether investments in land are helping or hurting farmers, communities and the environment.

When it comes to who is buying up farmland, Farm Action (formerly Family Farm Action Alliance) president Joe Maxwell is concerned about three things — corporate ownership, foreign ownership and billionaires who are focused solely on profit — but he sees corporations as the biggest threat. “Sometimes their eye is not on the production value of that land specifically but on the ability to control the food chain,” he says. “Who is going to control that land is a serious problem for the future of food production.”

Not only does corporate ownership drive up farmland prices, he said, but “corporations live forever,” so the same opportunities for land transition, where farmland is passed on or sold to new farmers each generation does not exist. 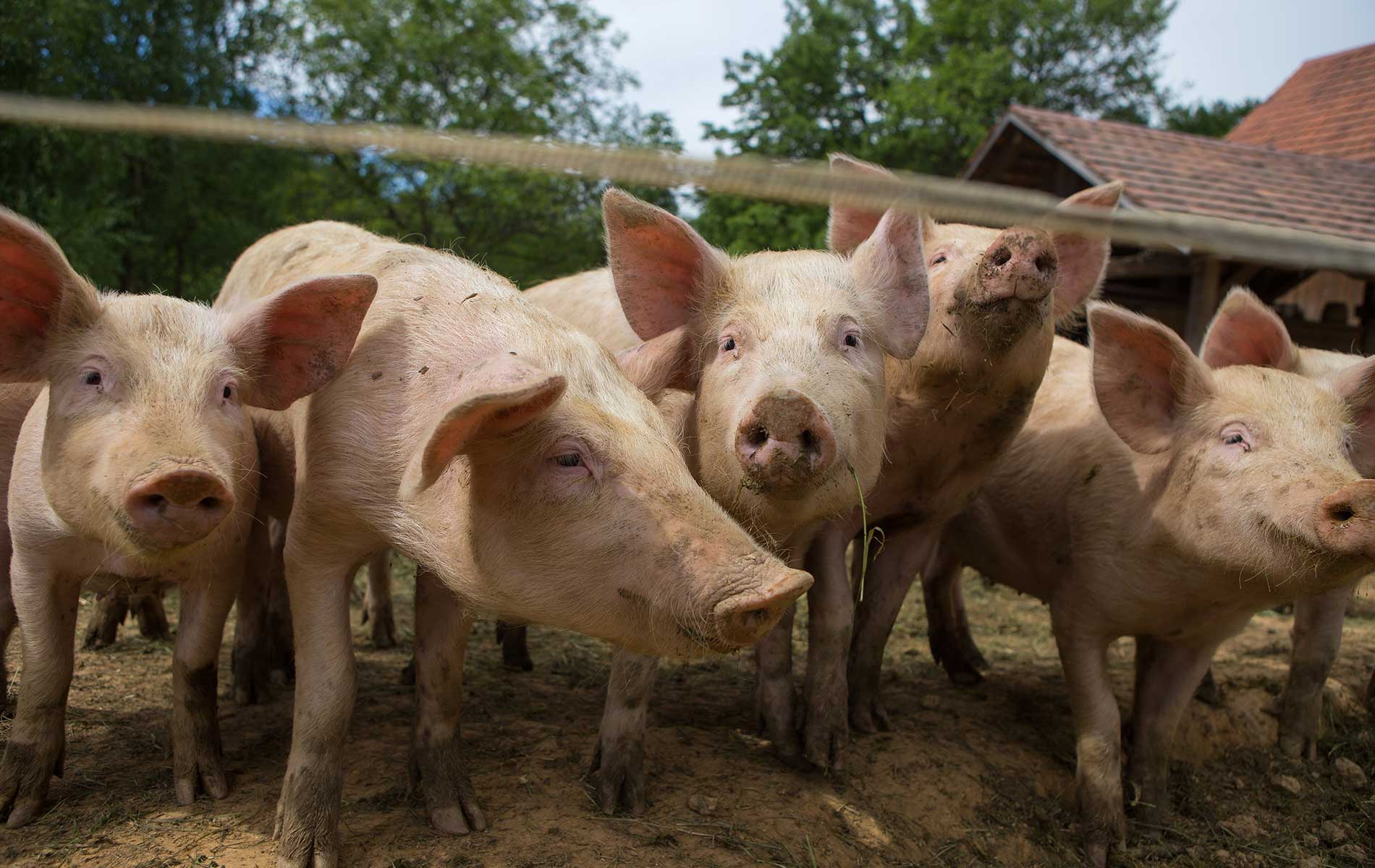 The FoodPrint of Pork

At the Missouri Rural Crisis Center, which has been working to support family farmers and rural communities since 1985, Tim Gibbons has been fighting against that kind of control for a long time. For more than 30 years, Missouri did not allow for foreign ownership of land, but in 2013, state legislators passed a law that allowed one percent of the state’s farmland to be owned by foreign interests. Not long after, Smithfield Foods, which is owned by a Chinese corporation WH Group and is the largest pork company in the world, purchased 40,000 acres.

Smithfield is a vertically integrated company that often owns the feed, animals, and processing used in its pork production and contracts with farmers to raise the animals. Sometimes it also owns the farms themselves, including, in this case, the land. The company confines thousands of hogs indoors in Concentrated Animal Feeding Operations (CAFOs), which are typically clustered in certain areas, leading to environmental degradation from the vast amounts of hog waste produced and other negative impacts on local residents. Its resources are unfathomably vast, making it nearly impossible for independent, small farms to compete, especially as CAFOs get bigger and bigger. In 2017, the largest 403 hog farms in Missouri, which represented 15 percent of the state’s hog farms, accounted for more than 99 percent of the total hogs sold.

Where companies like Acretrader, Farmfolio and Gladstone Land Corporation fit into the picture is even more complicated. These companies use different financial structures to allow multiple investors to own pieces of land that make up a larger farm or buy into a fund that includes multiple farm parcels, which the companies are then involved in managing. For example, Acretrader investors can buy into a $3.1 million dollar corn and soy operation in Illinois by putting in $20,000. Acretrader then rents the land to farmers. In some cases, the firm buys the farm from the farmer and then leases it back to them.

In Maxwell’s mind, this model is just another spoke on the same problematic wheel of farmland not being owned by the people farming it. “It’s all a pitch to people with money who want to balance portfolios,” he said, and the vast majority of the wealth generated by the land will then leave the area instead of contributing to rural communities. These funds also generally put their money into the largest industrial farms that will drive the highest profits, further stacking the deck against smaller, diversified farms that prioritize sustainable practices and feeding local communities.  (Acretrader did not respond to requests for an interview by press time.)

He’s even skeptical of investment options that claim to be mission-based. Iroquois Valley, for example, is a farmland real estate investment trust (REIT) that buys and owns farmland and allows individuals to buy into those investments, but it specifically offers long-term leases to organic and regenerative farmers with a goal of providing land security for organic farmers and the accompanying social and environmental benefits.

Anna Jones-Crabtree is one of those farmers. With her husband Doug Crabtree, she owns Vilicus Farms, and together they farm 13,000 acres in northern Montana using organic, regenerative practices. They grow grains like oats and white spring wheat and legumes like lentils and peas in long rotations to build healthy soil, and about a quarter of the land is kept in non-crop conservation including pollinator habitat and wetlands. They also run an apprenticeship program for beginning organic farmers.

As they expanded their farm over the years, Jones-Crabtree said Iroquios Valley was essential to their success. The company purchased a 960-acre parcel near the land they were already farming and leased it to them, and it included a house, which allowed them to bring on a permanent, full-time foreman who is now also operating a regenerative grazing program.

Jones-Crabtree said she might have been able to get a mortgage to purchase the land, but she didn’t want to take on more debt, and after getting to know Iroquois Valley, she decided they were not like other farmland investment outfits. “They really care about farmers,” she said. “It was a relationship, not a transaction.”

Iroquois also helped the Vilicus Farm team transition acres into organic production and understood the time and resources required to do that and provided them with a line of credit when traditional banks set up to service conventional commodity grain farms couldn’t understand their unconventional model.

“I think we have to think differently about how we work together in the land ownership space.”

While Jones-Crabtree sees farmland access as one of the most pressing challenges for organic and beginning farmers and agrees that outside ownership can exacerbate the problem, farmers like her need avenues to break into the space in the meantime.  “I think we have to think differently about how we work together in the land ownership space,” she said.

Part of that thinking may be figuring out how to differentiate between the capture of farmland by corporations and profiteers, which is happening more and more, and the rare investments that can give farmers a leg up.

“When Wall Street and billionaires and foreign corporations and mutual funds and pension plans are gobbling up um farmland and saying they’re doing it for farmers, that doesn’t make any sense,” Tim Gibbons said. “We should have diverse ownership of land out here, where farmers are owning land and producing for themselves, their families, and their local communities.”

Maxwell says coordinated policy changes at both the federal and state level could help make that happen. Many states already limit foreign and corporate ownership of farmland in some way, and streamlining, strengthening and expanding those laws is part of the picture, he said. Since it’s currently difficult to even know who is buying up farmland, Farm Action is also pushing Congress to take actions that would better track and disclose foreign investment in land. Whatever the set of solutions required, “it needs to happen quickly,” he said, as more aging farmers get ready to sell their land and the line of non-farmer buyers lining up to profit gets longer.

Get the latest news from FoodPrint.

How Hormel Exploited Confusion Over the Natural Label

Waivers for Universal School Meals Expired. What Does that Mean for Childhood Nutrition?