For five-year old Max, the best part of a recent hot morning spent picking strawberries at Fishkill Farms in New York’s Dutchess County was getting to run down the long rows to their end. Eight-year-old Ethan was disinterested in the actual harvest. For him, the best part was getting to hang out with Max and Max’s older brother, Oliver, for the boys’ inaugural pandemic excursion.

For Katie Ross, the Farms’ marketing communications and events manager, being able to welcome families to pick their own first fruits of the area’s u-pick season meant the chance to recoup lost revenue. “Our farm store is closed and we can’t offer hayrides or other normal farm activities, so this makes up for some of that,” she said.

U-pick represents just a fraction of US agricultural sales — Travel & Leisure reports that only 5 percent of US apple orchards, for example, offer this option. But it can be an important source of income for many small and medium-sized farms in a normal year, and it’s the reason some of them (although certainly not all of them) decided not to cancel their u-pick operations for 2020. In order to make it work in this decidedly abnormal Covid-19 year, Fishkill and other farms across the country have devised some complex protocols to keep staff and visitors safe.

Below, we check in on how a few of them are faring. Not sure if a favorite u-pick is open in your area, or if you’re comfortable with the safety measures they’ve put in place? Check their website — many, like Mountainview Blueberry Farm in Snohomish, WA, have posted clear guidelines — or give them an old-fashioned phone call.

LEARN MORE ABOUT YOUR FAVORITE FRUIT 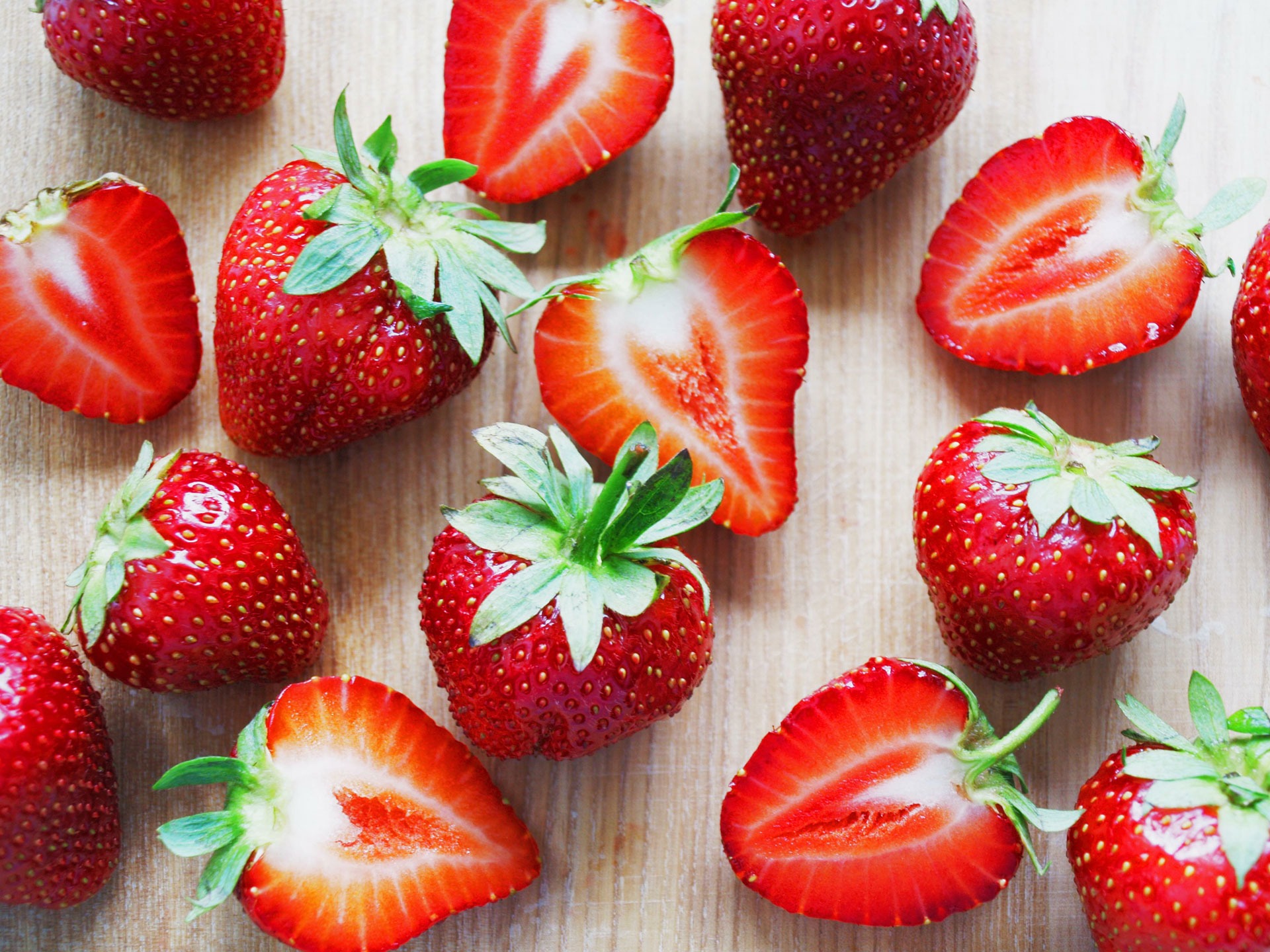 Strawberries are the only crop Tom’s Farm Market in Huntley, IL, offers for u-pick. And they are, said marketing manager Deanna Reeves, “A big part of our business; we get a lot of people coming in from the city to pick” on the farm’s eight or so strawberry acres.

With or without COVID-19, forgoing u-pick was not an option for Tom’s. Many smaller farms don’t have the option to hire extra labor to pick fruit that might otherwise rot in the field, as AgWeek reports. “Strawberries are perishable and if people don’t pick them, they go to waste,” Reeves said. The real question, then, was how to adjust. Reeves started with the state’s safety recommendations, setting up hand-washing stations around the farm and mandating mask wearing when social distancing isn’t possible. Then she devised a more thorough set of rules to post on the farm’s website.

These include forgoing containers brought from home, not touching any berry you don’t intend to pick, and sticking to assigned (and spaced) picking rows. Visitors don’t have to wear masks when they’re out in the fields. But masks are required for anyone getting a lift in a farm wagon; such rides are essential, says Reeves, for elderly folks especially, who are unable to make the long, sweaty trek to the strawberry beds.

Although many farms now prohibit sampling the goods before you get them home, it’s hard to convince children to wait. Instead, “We’re asking people to [collect] the uneaten parts of the berries and throw them out, so a little kid isn’t picking something up that was in someone else’s mouth,” said Reeves.

For the most part, visitors “have been pretty receptive and understanding” about the farm’s safety measures, although anyone who feels like they don’t go far enough has the option to purchase pre-picked berries from the farm market. While usually a weekend-heavy activity, “Everyone’s been home and stuck and wanting something to do outside so weekdays have been a lot busier than in the past,” Reeves said. “We’ve had a couple of days where we had to stop people from coming into the market because it’s gotten so crowded.”

Vermont’s Cedar Circle Farm & Education Center in Thetford has been requiring a lot of the same safety measures that Tom’s implemented, although masks are a must even out in the field and, based on guidance out of Cornell University, people are allowed to bring their own containers; they just have to set them on the scale themselves, so farm employees don’t have to touch them to get their pre-filled weight.

Another difference: Visitors are asked to mark where in a row they stopped picking. “We don’t want [new] people to go over the same area if the [previous] people have been breathing on it,” said marketing and communications coordinator Leona Bergman.

Although Cedar Circle also offers u-pick flowers, blueberries, and pumpkins, strawberries are its most popular crop — and a make up a huge chunk of its annual revenue. That means the fields can get full, fast, especially on weekends, and picked out quickly. For these reasons, Bergman says the farm has been encouraging visitors to visit the farm’s Facebook page or call before they head over, to get the latest on the day’s picking conditions.

For u-pick flowers, already underway, the farm has been sanitizing shears and other equipment visitors may borrow.  And so far, all the various protocols seem to be working to keep everyone feeling safe. Still, “We’re taking it one day at a time,” Bergman said, and staying open to ways u-pick for blueberries and pumpkins might be different. For example, “We probably won’t do our big pumpkin festival” in October, she said.

Fishkill Farms has a more elaborate system in place than either Tom’s or Cedar Circle. No real surprise, what with their 170 farm acres, multiple u-pick crops —including numerous other berries, peaches, peas and mixed vegetables, pumpkins, and top crop apples come September — and, within driving distance of NYC, the potential for hundreds of people to show up in a single day.

The farm’s plan started with figuring out how to limit the number of guests that arrive on any given day. That meant setting up an online reservation system, with room for 144 daily reservations for up to 5 people, staggered every half-hour. This has had the unexpected bonus of helping to alleviate disappointment among visitors who might arrive on a Sunday morning, to discover that the Saturday hoards “Had done a number on the fields,” said Ross. Two weeks into strawberry season, all slots, every day, had been pretty much filled, mostly with parents and small children for whom low-to-the-ground strawberry plants make for easy picking.

Things are fixing to become more complicated in coming few weeks, though, as multiple crops become ready for harvest all at the same time. “We might have to switch to a pick-your-own package situation, where we’ll let people pick the best of what we have for that day, but we can’t guarantee that you’ll get just cherries or blueberries,” said Ross. Safety measures might have to be changed up, too, possibly in the way visitors check-in, although Ross thinks apple and pumpkin season will be a little less fraught — “There’s more space out there than in the strawberry patch.”

The farm has received some pushback on social media from people upset about mask and distancing mandates, and who are unhappy they can no longer pick a single quart of berries; the reservation system prompts visitors to pre-pay for a minimum of four quarts, which Ross said is necessary given the space limits the farm has to contend with. Nevertheless, folks who have made it to the farm have provided plenty of positive feedback about the changes — enough, hopefully, to keep them coming back for more, and to keep farm operations like Fishkill viable through another season.