When it comes to the question of “what’s for dinner?” protein is typically at the center of the meal. Production and consumption statistics show that, for a majority of people, protein generally means meat, but it also increasingly includes other non-animal proteins like beans and quinoa. This reflects the fact that, as of 2018, eight percent of those surveyed in the United States identified as either vegetarian or vegan. 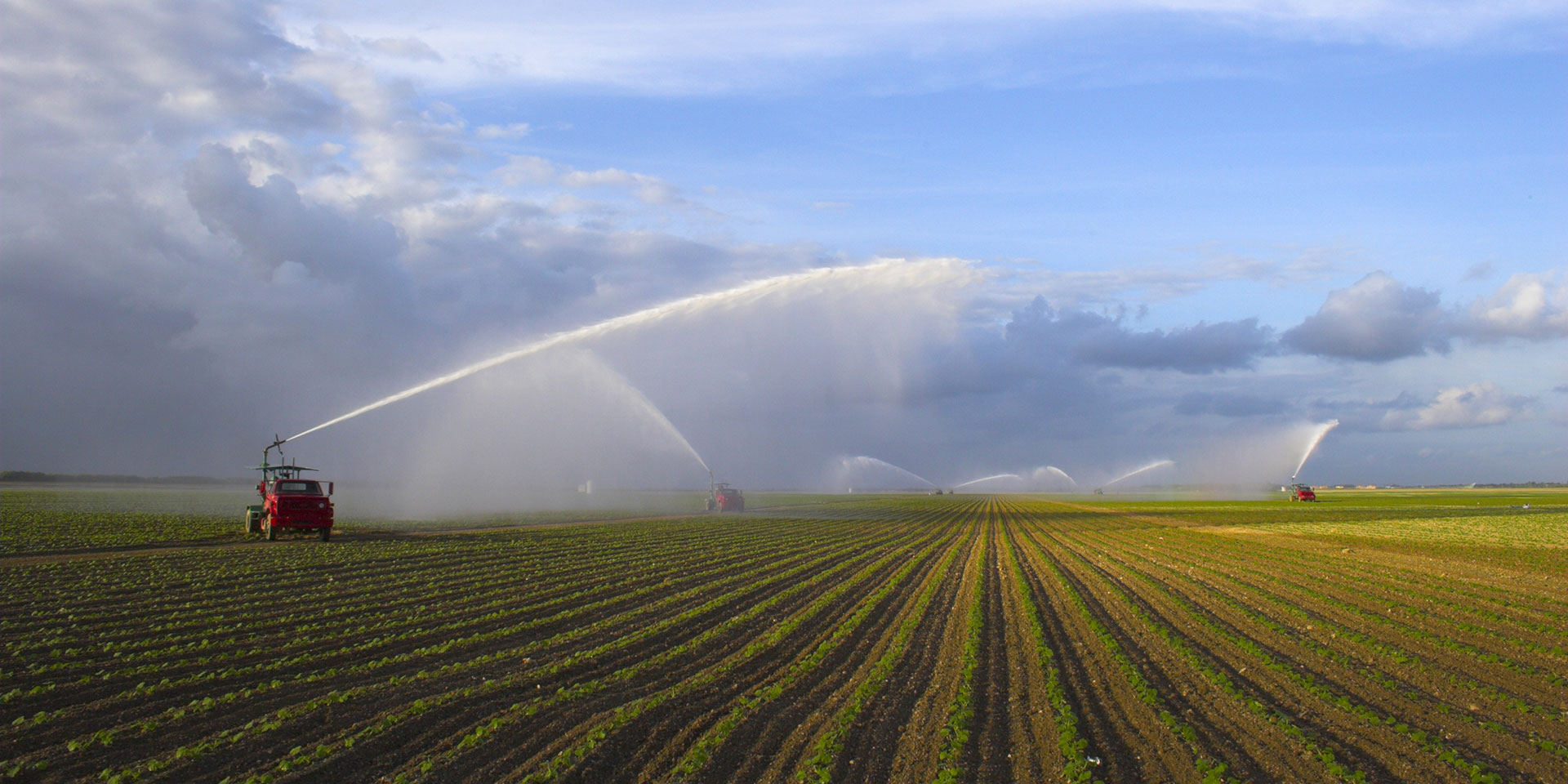 Even as that shift has happened, however, America’s fixation on protein has not waned. From burgers to chicken, lentils to veggie nuggets, protein — especially from animal products — manages to stay at the center of our plates.

In a culture that obsesses over weight loss and aspirational fitness trends, high protein diets are always in vogue, but it is not always true that the average person needs more of it. According to the World Resources Institute, Americans are eating far more than the 51 grams of protein per day that most adults need.

So why does it matter if we’re over-consuming protein? For starters, protein-rich foods tend to carry a larger foodprint than others. Carbohydrates are easy for plants to produce, but proteins are a little harder, and as a result, they’re less concentrated in plant foods than fats and sugars. While animal foods are more concentrated protein sources, those animals have to eat a lot of plants to grow. As a result, producing protein-rich foods can take a lot of resources, including one that’s often overlooked: water.

Even if more of us could eat less of them, protein-rich foods are still an important part of our diets, and not all of them have the same water footprint. Here’s our guide to meeting your protein needs in a way that minimizes your water footprint.

The Water Footprint of Protein-rich Foods

The recently released Water Footprint of Food Guide presents water footprints of ‘typical’ American servings of over 100 foods and beverages, sorted by largest to smallest footprints. A glance at the Guide shows that foods high in protein fall in many of the top spots when compared to whole fruits and vegetables.

Foods with the top 25 largest water footprints include eight types of animal products and seven types of nuts (including peanuts, which are included with nuts in this Guide). In third place behind chocolate and almonds, 4 ounces of beef takes 463 gallons of water to produce. Quinoa and soy burgers also make the list at 135 gallons and 133 gallons of water per four-ounce serving, respectively  — not an insignificant amount of water in a meal. 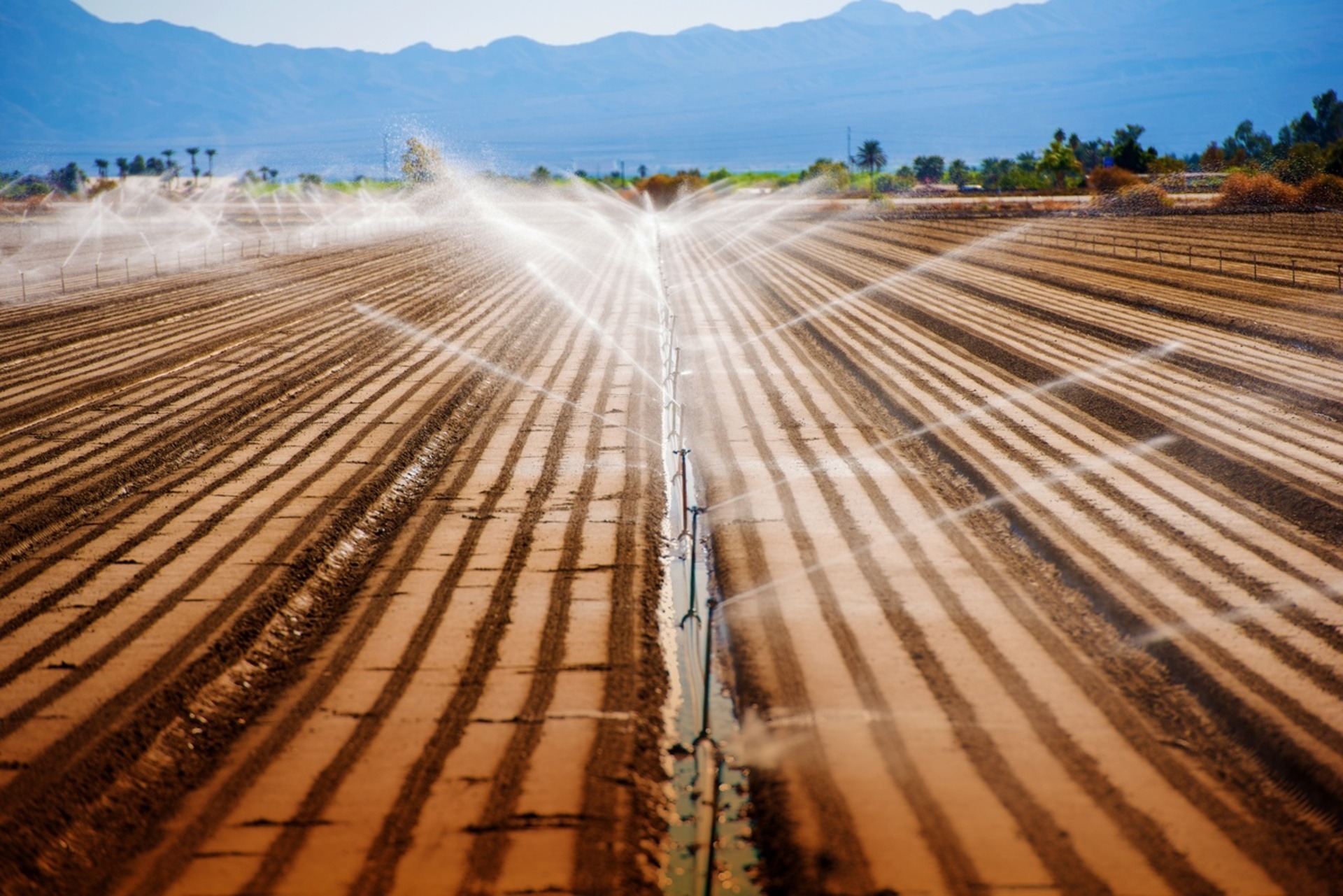 The Water Footprint of Meat

The water footprint of animal products is larger because, put simply, animals eat a lot of food. Yes, they drink water and water is used in their care, but the bulk of an animal’s water footprint is due to their food. Most livestock raised in industrial systems are given feed made from crops like corn, soy and alfalfa. Those raised on pasture spend (sometimes very long periods of) time eating pasture forage and grasses, or they eat both.

Many of the crops food animals eat are irrigated, which increases the blue water footprint (which refers to irrigation from surface and groundwater sources). Animals that are primarily raised on pasture rely on a certain amount of rainfall to supply moisture to the forage and grasses, which increases the green water footprint (which refers to rainfall and soil moisture).

When pastured animals graze in areas that are dry or in drought, the pastures are often irrigated or the animals are given feed. If water resources are stressed enough so that no forage or feed is available, herd sizes often have to be reduced by slaughtering the animals.

With surface and groundwater sources under constant pressure from use by all sectors like electricity generation, drinking water utilities and especially agriculture, high demand for protein from animal products puts more pressure on agriculture to consume more water. Farmers are facing major hurdles as climate change alters precipitation patterns, often changing where, when and how precipitation falls.

In addition, longer, more intense droughts in agricultural centers like California and Arizona are threatening business as usual by limiting available water supplies that farmers have historically relied on, as is now happening in the lower Colorado River basin. These conditions will likely persist as the atmosphere warms and the climate continues to shift into less predictable and more extreme weather patterns.

The Water Footprint of Nuts

Most nuts grow on perennial trees and bushes that require regular rain water to keep them alive and producing. Trees and shrubs across the industry are irrigated which greatly increases their productivity — and in some places, increases water stress.

Almonds, for example, thrive in a Mediterranean climate, which tends to be more arid but with regular rainfall. At over 80 percent of global production, California has become the main almond-producing region in the world, due to its semi-arid climate and (historically) ready access to steady irrigation water, which greatly increases productivity of the almond trees.

The ongoing megadrought in the lower Colorado River basin states has changed the availability of irrigation water supplies, and many almond growers face having to cut down their trees. Even still, while many almond farmers have become more efficient with their water use which helps to ease pressure on local water resources, the total acreage dedicated to growing almonds in California is increasing, because the increased productivity makes them a very profitable crop.

Other tree nuts are similarly water intensive and are often grown in similar environments.

The Water Footprint of Pulses

Pulses include beans, peas and lentils. As whole foods that offer significant levels of protein, ounce for ounce, pulses require less water than animal products. Pulses are cool season crops that, like nuts, are often grown in arid to semi-arid environments. They are grown as dryland and irrigated crops in the Northern Plains and Palouse regions of the United States.

The pulses presented in the Guide take from 20 to almost 70 gallons of water per four-ounce serving, which makes them a more sustainable option for those looking to meet their protein requirements while keeping their water footprints in check. The only pulse-related food that made the top 25 water footprints was soy burgers at 113 gallons per four-ounce serving. Soy burgers are representative of heavily processed, plant-based burgers, in which the extra processing and ingredients drive up the water footprint.

While it’s helpful to understand the impact that individual foods have on water, diets are about broader patterns. While there is no one size fits all diet that will solve both nutritional deficiencies and the environmental impacts that come with food production, some ways of eating have a lower overall water footprint. Diets that reduce or eliminate meat intake, like flexitarianism, vegetarianism and veganism, have a significantly lower water footprint than meat-heavy diets, and there can be other environmental and health benefits as well.

A 2018 Johns Hopkins study evaluated different dietary scenarios in 140 countries based on varying levels of meat on a spectrum, to no meat, vegetarian and vegan models that were designed to meet healthy diet guidelines. Study authors evaluated the water footprints and greenhouse gas emissions for each country if they were to adopt that particular diet.

According to the authors, results varied widely by country due to differing agricultural production methods, trade patterns and nutritional needs. And while they identified that people in poor countries might benefit from diets that included more animal products, countries like the United States that don’t struggle with protein intake could dramatically lower their footprints by shifting to more plant-forward diets.

Likewise, each person has to tailor their own diet based on their nutritional requirements and health needs. However, as the saying goes, you can’t manage what you don’t measure. An excellent way to measure your individual impact on water resources is to find your personal water footprint with the Water Footprint Calculator. You can then check out the Water Footprint of Food Guide to see how much a meal will cost you in dietary water consumption. The Guide will help you make some easy substitutions that could create a big drop in your water footprint and help you lessen your impact on the world around you.

Reducing the Water Footprint of Your Diet

Keeping in mind that there’s not a one-size-fits-all approach, here are our top strategies for reducing the water footprint of your diet:

In the US, we might be eating too much protein throughout our day which creates demand that drives up water consumption in water scarce areas. Excess protein just gets excreted from our bodies as waste, making it a literal waste! Be mindful of your protein intake. 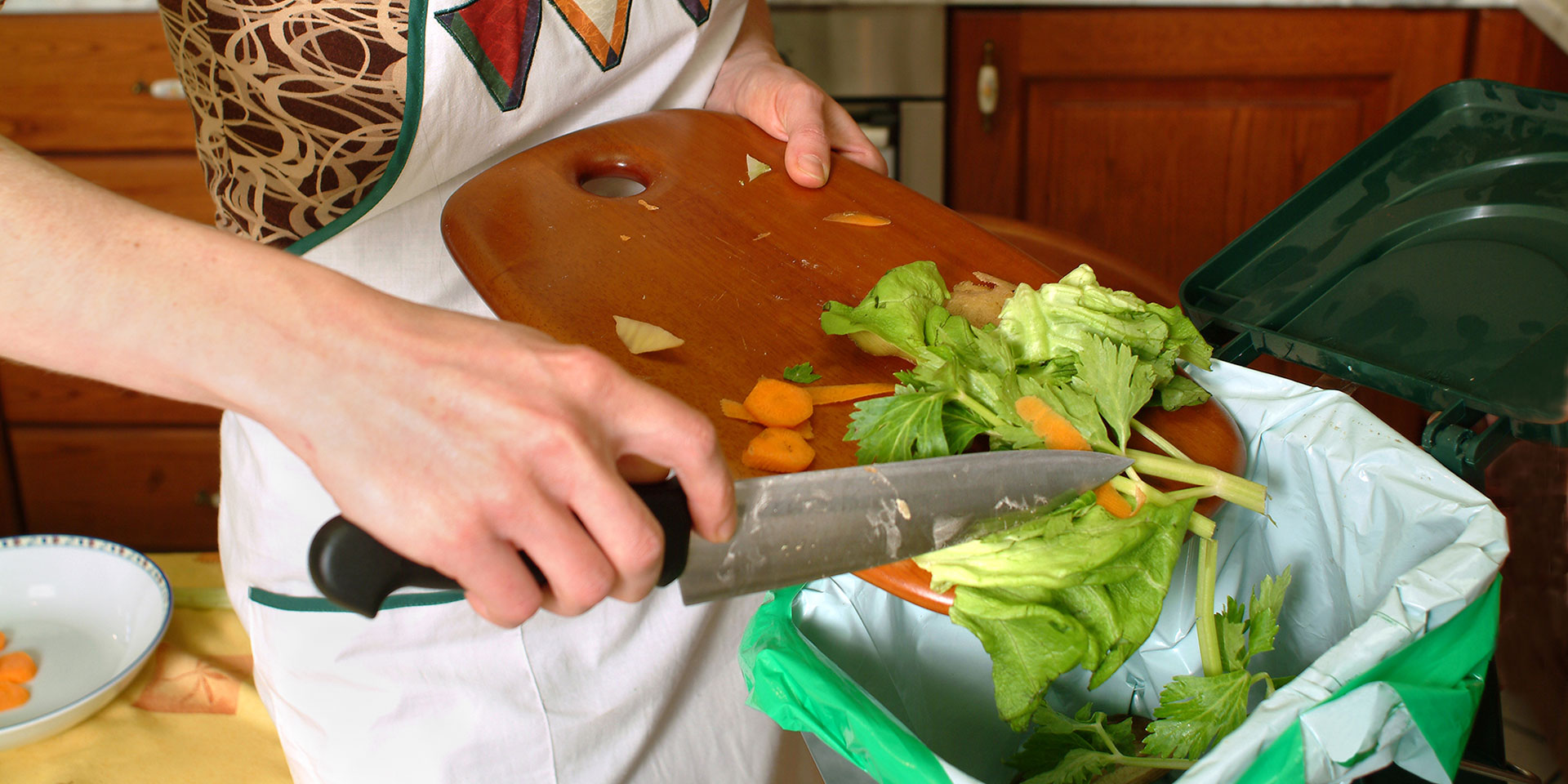 One of the best ways to reduce your water footprint is to stop wasting food. The US wastes roughly 40 percent of the food it produces. Wasting edible food also means wasting all of the resources it took to produce it, including water, land, fertilizers and pesticides created from oil and gas, seeds, money, animal lives and labor. FoodPrint has lots of ideas and resources for how to reduce your household waste. You’ll be helping to fight climate change in addition to reducing your water footprint.

Consumption of meat — including beef, poultry and lamb — is increasing in the United States, as well as worldwide. This could have dire consequences if both consumption and climate trends — including drought — continue.

FoodPrint has lots of resources and ideas for eating less meat, including practicing Meatless Monday, which offers an easy way to achieve a 15 percent reduction in meat consumption by skipping meat one out of every seven days.

Eat Lower Down on the Food Chain

You can save water by eating lower down on the food chain. For instance, while a serving of beef takes 463 gallons per four-ounce serving, the same amount of turkey  takes 130 gallons, and black beans take only 49 gallons.

Whole foods require less processing, which means there are fewer steps and ingredients involved in creating the food items on your plate. Less processing means less water involved in making your food.

Get the latest food news. from FoodPrint.