If there is one fruit that’s more loved than any other vegetable, it’s most likely tomatoes. Yes, that confusing statement is right; although generally prepared like a vegetable, botanically tomatoes are actually fruit.

But fruit or vegetable, so many cuisines would be vastly different without the lovely, delicious tomato, including Italian, French, Spanish, Portuguese, Greek, Mexican, American, Indian, Thai and Middle Eastern of all stripes. Pretty amazing that a fruit that left South America only a couple of centuries ago has charmed its way into the cuisines of so many cultures.

Tomatoes are native to western South America, where their ancestor was a teeny wild cherry variety. It is unclear whether tomatoes were first cultivated in Peru or in Mexico, but it is known that the Aztecs grew them along with tomato relatives tomatillos and chile peppers. From Mexico, tomatoes spread to Spain in the 16th century, where they hardly caught on like wildfire. Europeans were wary of tomatoes for another couple hundred years, apparently due to their botanical family connection to nightshades, several of which can be deadly. Tomatoes weren’t accepted as good eating until the 17th and 18th centuries, with Spain and Italy leading the way for future tomato world domination. According to “The Oxford Companion to Food,” the first printed recipe for a tomato dish is in a 17th century Neapolitan cookbook for “Tomato Sauce — Spanish Style,” and is easily recognizable as the very first printed recipe for marinara sauce.

The Spanish spread the tomato to the rest of the world, including to their Caribbean colonies and to the Philippines, where the fruit then spread to Southeast Asia, and finally to the rest of Asia. The Spanish are probably also responsible for the introduction of the tomato in North America, having cultivated the plant in their colony of Florida. By the end of the 19th century, tomatoes were being canned in Italy and in the United States in vast quantities. Tomato ketchup, that most American of condiments, began to be produced commercially in the US by the 1830s.

What to Look for When Buying Tomatoes

Tomatoes come in a wide variety of shapes and colors, including purple, yellow, orange, and red. There are striped varieties of the fruit, as well as tomatoes that stay green even when ripe. For all tomato types, look for fruit that is unblemished and free from bruised or soft spots. The fruit should be firm to the touch when (gently) squeezed.

In the United States, tomatoes are grown in vast monoculture expanses of industrial farmland in California and Florida, and increasingly, in Mexico. Herbicides, fungicides and insecticides are used extensively in industrial tomato production. On the Environmental Working Group’s 2018 Shopper’s Guide to Pesticides in Produce, tomatoes rank number nine in the Dirty Dozen — a list of the produce with the highest produce load — and the group found that the average commercial tomato had residue from four pesticides.

The very first genetically modified organism (GMO) food marketed for human consumption was the goofily named “Flavr Savr” tomato, first sold in 1994. The genetic modification of the Flavr Savr was designed to slow softening of the fruit, theoretically allowing the tomatoes to be picked ripe on the vine and then transported. Industrially produced tomatoes are picked hard and green, then artificially ripened using ethylene gas. (Vine-ripened tomatoes are far too delicate to be shipped across the country.) Flavr Savrs didn’t catch on, and no GMO tomatoes are currently on the US market.

There have been several multi-state outbreaks of salmonella involving tomatoes, with the likely culprit contaminated irrigation water.

Even organic tomatoes are causing environmental problems, especially in Mexico, where they are grown primarily for export to the US. Organic tomato production is contributing to local water table depletion and hindering local subsistence farmers’ ability to grow food to feed their families.

Labor Issues with some Tomatoes

Along with the environmental concerns, the conditions of the workers who pick tomatoes in the US is deplorable. In addition to the risks of pesticide exposure, tomato pickers in Florida often live in what has been described as “modern slavery.” In Immokalee, Florida (where most US winter tomatoes come from), a group called the Coalition of Immokalee Workers has been working to change the way workers are compensated and treated.

Find Out When Tomatoes Are in Season

Although tomatoes are available year-round due to the preponderance of hothouse varieties, in most places in the US the very best tomatoes are found at the market in summer and early fall. In fall, also look for a glut of green tomatoes, as farmers frequently harvest the green fruit before the first frost, knowing that they won’t fully ripen in the cool weather.

Keep your tomatoes on the counter rather than in the refrigerator, as refrigeration causes the fruit to become mealy. (The exception to this rule is small cherry tomatoes, which I’ve found to be fine stored in the fridge.) Tomatoes continue to ripen after being picked, so keep this in mind when selecting tomatoes at the market. If you are not going to use them for a couple of days, choose fruit that are on the firmer side and allow to ripen on the counter. Cherry tomatoes will keep for over a week if stored in the refrigerator. 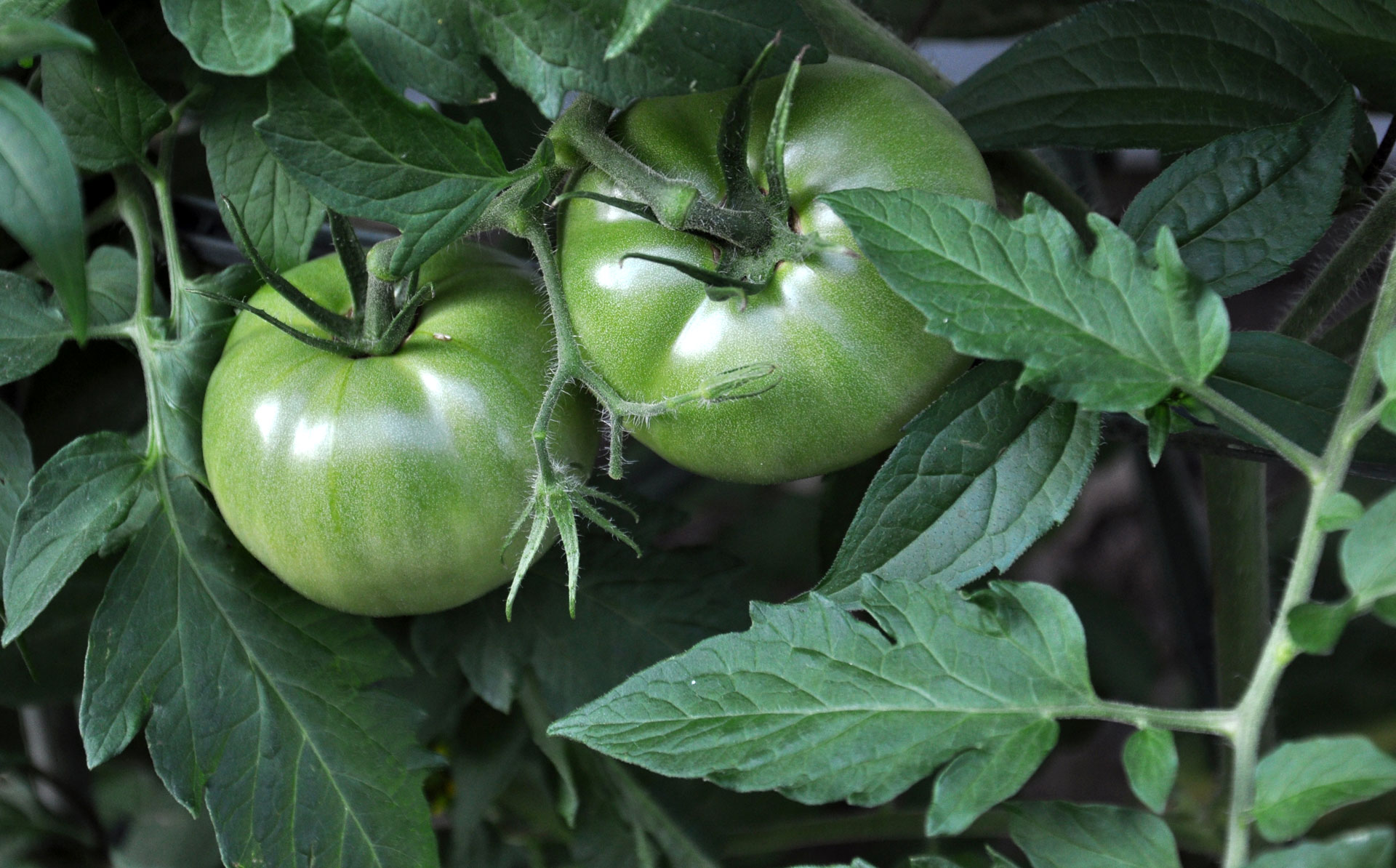 How to Use Leftover Tomatoes

Pro tips: To quickly peel a large batch of tomatoes, for sauce-making or canning, score a very shallow “X” in the base (non-stem) end of the tomato with a sharp pairing knife. Drop in boiling water for 10 to 15 seconds, then transfer to an ice bath (a mixture of ice and water) to cool. The skins will then slip off easily. (And don’t throw away the skins — they make a great addition to vegetable stock!)

Tomatoes are extremely versatile in the kitchen and shine in many dishes, from sauces to salads to condiments. They are equally tasty raw and cooked, and can be stuffed, sautéed, roasted, dried, pickled (especially green tomatoes) or fried. Their natural culinary mates are other members of the nightshade family, including peppers (both hot and sweet) and eggplant. The fruit is also delicious paired with eggs, cheese, red meat and fatty fish such as tuna. Other classic culinary combinations include pairing tomatoes with onions, garlic, basil, oregano and parsley. Tomato paste is a kitchen staple used in sauces, stews and other dishes.

To preserve tomatoes shelf life, you can make sauce, paste or jam, then use a water bath canner to seal jars or freeze. You can also make tomato pickles and oven-roasted tomatoes stored in oil.

Tomatoes are low in calories, high in fiber and high in both Vitamins C and A. They are also good sources of Vitamin K, potassium and manganese. As you might have guessed from the tomato’s taxonomic name, Solanum lycopersicum, the fruit is also very high in lycopene, an antioxidant that has preliminarily been linked to cancer prevention, especially prostate cancer. Tomatoes are also rich in flavonoids, antioxidants with anti-inflammatory and anti-bacterial properties. Interestingly, organic tomatoes have been found to have higher levels of flavonoids than conventionally grown varieties.