You know those recipes that annoyingly call for a quarter cup of canned beans, a scoop of sour cream or half an onion? Once you’ve opened the container or cut the veggie in half, you’ve kickstarted the process of that food going bad. Chickpeas, a legume rising steadily in popularity, often see this fate. Open a can, use half, and the remaining half ends up in the back of the fridge, where it’s forgotten and eventually grows a moldy cover.

Chickpeas are a great source of fiber and plant-based protein, as well as nutrients like folate and iron, so it’s not surprising that Google searches for “canned chickpeas” tripled in the past year, and that their popularity is helping the global canned legume market to skyrocket, projected to reach $3.57 billion by 2027. Fortunately, there are so many easy and delicious chickpea recipes that, with proper storage and the right techniques, you really never need to get to the moldy stage. This guide explores all the options for using leftovers so you don’t waste any of that nutrition, from easy and obvious hummus to more complicated recipes like chickpea nuggets, as well as aquafaba recipes to use the water in the chickpea can as well. 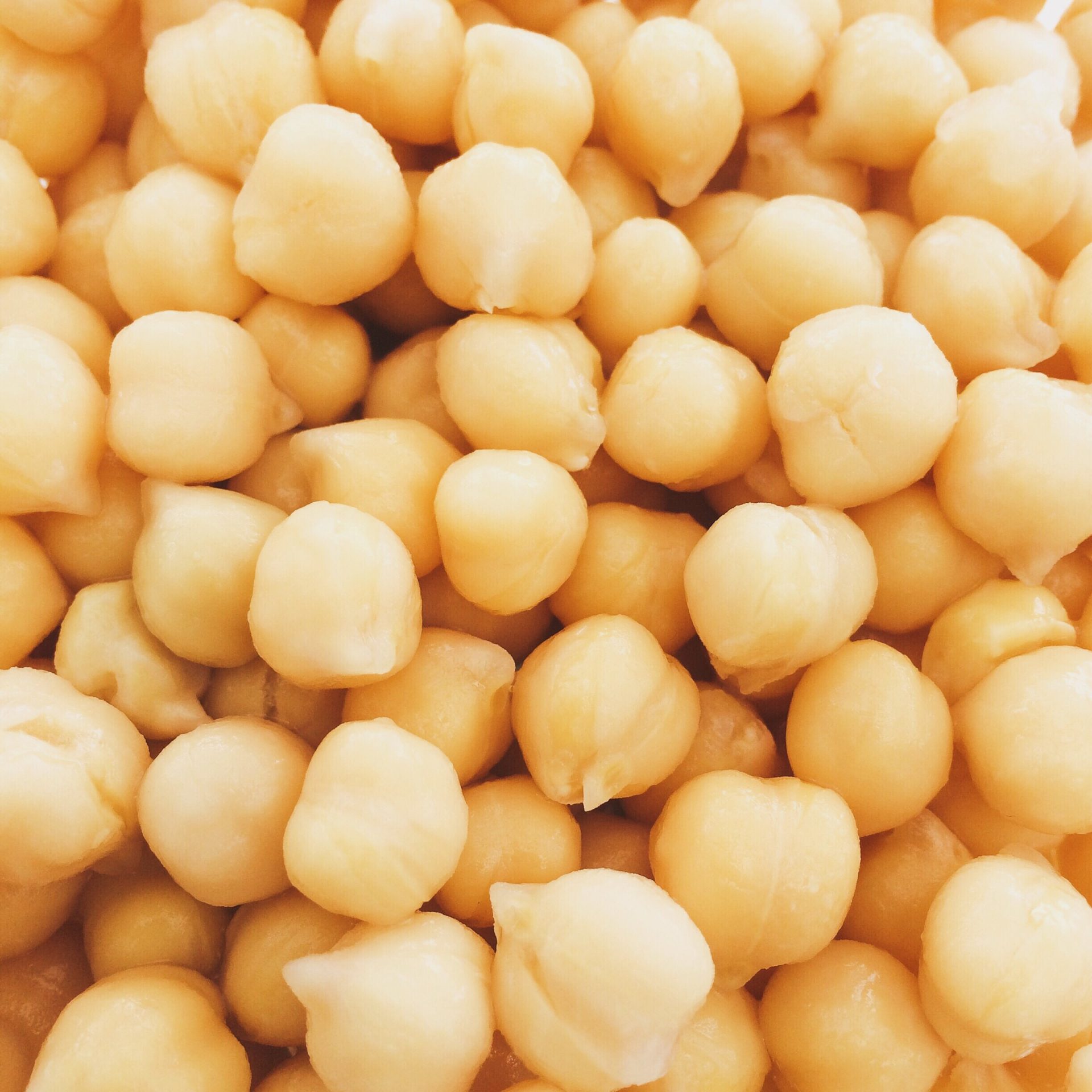 How to Shop for Quality Chickpeas

Chickpeas, also called garbanzo beans, ceci, Bengal gram and Egyptian pea, can be purchased in several different forms, including dried, canned and ground into flour. There are many varieties, but the two most common are Kabuli — large, beige beans with a thick skin and mild creamy flavor — and Desi — smaller, dark irregularly shaped beans with yellow insides. If you are shopping at a farmers’ market or specialty grocer, you might also see green garbanzos, young chickpeas that have a sweet, pea-like flavor.

While canned chickpeas are certainly more convenient, dried chickpeas not only guarantee fresher flavor, you are also more likely to find a higher quality product. Look for a chickpea producer using sustainable growing methods, and when possible, purchase beans by the harvest date stamped on the package (younger beans will yield more flavorful and evenly cooked results.) Dried beans are technically good for two years after their harvest date, although many lower-quality brands will sit on grocery stores for years. Look for dried beans in the bulk section of your grocery store, or shop for them online. Some brands to search for include Shiloh Farms, Rancho Gordo and Zürsun Beans.

How to Cook Chickpeas

If you decide to go with dried chickpeas, you’ll need to cook them before you begin whatever recipe you’re using that calls for (cooked, drained) chickpeas. While methods vary slightly, a basic recipe is as follows:

Sort through chickpeas taking out any small stones, or off-colored, shriveled or damaged beans, and rinse the remaining beans. Place in a container (large enough for beans to expand in size), cover with cold water and soak at least 8 hours, or up to overnight. Fresher beans harvested within two years, such as Rancho Gordo, should only be soaked for up to 6 hours, or they may begin to sprout. Drain well, transfer beans to a heavy-duty pot and cover by twice the amount of cold water (i.e. for every 1 cup of beans, add 2 cups of water). Bring to a boil, reduce to a simmer and cook until chickpeas are tender, about 1 hour. Chickpeas can be chilled for up to 4 days and frozen for up to 2 months.

Chickpeas are a popular legume because they cook quickly, are a nutritional powerhouse and can be used in so many ways. As long as you don’t forget about them in the back of the fridge, it should be easy to use them up using one of these chickpea recipes:

Blend them into hummus: Using leftover chickpeas to make the classic Middle Eastern dip is an easy way to use the remaining beans. Israeli-English chef Yotam Ottolenghi’s cookbook “Jerusalem” includes a popular recipe for the creamy dip that skips the bean soaking step; other cooks swear that you need to remove the skins from the cooked chickpeas to make the smoothest hummus.

Make falafel: Falafel, often served alongside hummus, are also made from chickpeas, along with fava beans, in some regional variations. You can use leftover chickpeas to make traditional falafel, or just add them to veggie patties, burgers or other fried or baked falafel-esque fritters. Similar to falafel are chickpea nuggets, a vegan fritter made with oat flour, aquafaba and panko to look like the kid-friendly chicken version.

Stir them into curry: Chickpeas are a common ingredient in many traditional curries and stews in India, Southeast Asia, Pakistan and other regions. You can easily add extra beans into one of these chickpea recipes, or add them to a curry or stew that doesn’t call for them; either sub them for other beans or vegetables, or just add them in for extra plant-based protein and texture.

Roast them: Another easy way to use extra chickpeas is to roast them. Toss cooked chickpeas with a little oil to coat, add spices and salt, then bake in a hot oven, around 400 Fahrenheit, until golden brown and crisp. From there, the options are limitless. Roasted chickpeas can be eaten as a snack. Added to grain bowls. Eaten with roasted vegetables. Stuffed into a pita, wrap, taco shell or sweet potato.

Toss chickpeas into salad: A half a can of leftover chickpeas can be the start of so many salads. Add more bean varieties for three (or four) bean salad. Add fresh tomatoes, pepperoncini peppers and provolone cheese for a vegetarian Italian chopped salad. Use them instead of chicken for a vegetarian version of Waldorf salad. Mash the beans into chicken or tuna fish salad, or make a veggie version using just chickpeas, avocado and whatever other leftover produce you have on hand. For a simple side dish, combine chickpeas with quinoa, couscous, or millet for a grain salad.

Make soup: Using leftover chickpeas for soup is another easy way to use these beans before they spoil. Similar to curries and stews, chickpeas are an easy ingredient to stir into almost any soup you’re making. There are some classic recipes they work with, including the Italian pasta e ceci, and lablabi, a spicy Tunisian stew, but everything from minestrone and Tuscan bean soup to noodle soup can be improved with a scoop or two of chickpeas. You can also add a scoop of cooked chickpeas to a creamy soup before blending to use them as a thickener.

Stir them into pasta: While beans and pasta might not seem like an obvious pairing, adding some plant-based protein into a typical carb-heavy meal definitely works, and keeps things vegetarian. Some recipes to try out: one-pot squash and bean pasta; a lemony chickpea, parsley and fusilli mix; or shells and beans in a tomatoey sauce with pesto.

Add them to toast: Adding some of those roasted chickpeas to avocado toast is a good idea, but using the chickpeas as a base for toast is an even better one. There’s not really a set recipe; simply choose a quality bread, add a tomato-based ingredient like diced tomatoes or marinara sauce, top with cheese and chickpeas, and broil until the cheese is melted and browned in spots.

If you don’t plan to use your cooked chickpeas in the next few days, here are a few techniques to keep them around a while longer.

Pickle them: Soak chickpeas in a tangy brine overnight and they will keep in the refrigerator for up to two weeks, and can be used in many of the recipes suggested above.

Freeze them: If you cook a big pot of dried chickpeas or open a can, only to realize you don’t need the beans, you can preserve them by freezing. First drain the beans, then dry thoroughly and transfer to airtight containers; chickpeas will last up to one year in the freezer. However the texture will be softer after thawing, so these beans are best suited for cooked dishes such as soups, sauces and casseroles.

Grind them: If you find yourself with way too many dried chickpeas on your hands, one option is to grind the dried beans into flour, which can be added to baked goods for a protein boost. You can also use chickpea flour to make the classic Provencal recipe panisse and the Sicilian street food specialty panelle. Chickpea flour is also used to make savory crepes in France and savory Indian pancakes. Store chickpea flour in an airtight container in a cool, dry area for up to six months.

For what seems like all of time, people just tossed the liquid from their chickpea can. Then one day in 2014, someone discovered that whipping the liquid, called aquafaba, results in a meringue-like substance that can be used for a whole variety of vegan recipes. So toss that liquid no more. Unlike other egg replacers, aquafaba (a combination of the Latin words for water and bean) is temperature resistant and waste-free. The liquid does have a mild bean smell and taste, especially when used raw, but is nearly flavorless when baked.

Although many people turn to canned chickpeas for their aquafaba, you can also use the liquid from a batch of dried beans as well. As the chickpeas cook, the water-soluble proteins and sugars disperse into the cooking water, creating a protein- and sugar-enriched water that has a similar chemical structure to egg whites.

Whether you use canned liquid or your cooking water, try using it with these aquafaba recipes:

Meringue: Whipped egg white meringue can be used to create so many things: mousse, pavlova, even ice cream. Luckily, aquafaba is just as versatile. Use it to make meringue cookies, French macarons, buttercream, chocolate mousse, marshmallows and a beautiful whipped meringue pie topping.

Egg substitute: In addition to meringue, aquafaba can be used as an egg substitute in baking recipes. The general ratio is to use 3 tablespoons chickpea liquid for 1 egg, 2 tablespoons liquid per egg white. Try the techniques with these recipes for 1 bowl cookies, gluten-free waffles, fudgy walnut brownies, blueberry muffins and more.

Vegan mayonnaise: The classic sandwich spread is made using egg yolks. For a vegan version, use aquafaba instead. This version also cuts down on the oil by subbing in cashew puree, while this version is a more classic mayonnaise recipe, combining the aquafaba with oil, lemon and mustard.

Aquafaba Popsicles: Sara Bond, who wrote a whole cookbook about ice pops, “For the Love of Popsicles”, whips her aquafaba with cream of tartar to stiff peaks, then folds in coconut milk, sugar and vanilla extract to turn the meringue into her vegan marshmallow coconut popsicles. Try adding lime juice and zest for a tropical twist, or cocoa powder for a coco-chocolatey treat.

Cocktails: Egg whites are often used to give cocktails a creamy texture and a frothy, foamy cap. Swap the egg whites out for chickpea water with these aquafaba recipes for a whiskey sour, gin fizz and creamy eggnog.

How to Support Sustainable Food Systems During the COVID-19 Crisis